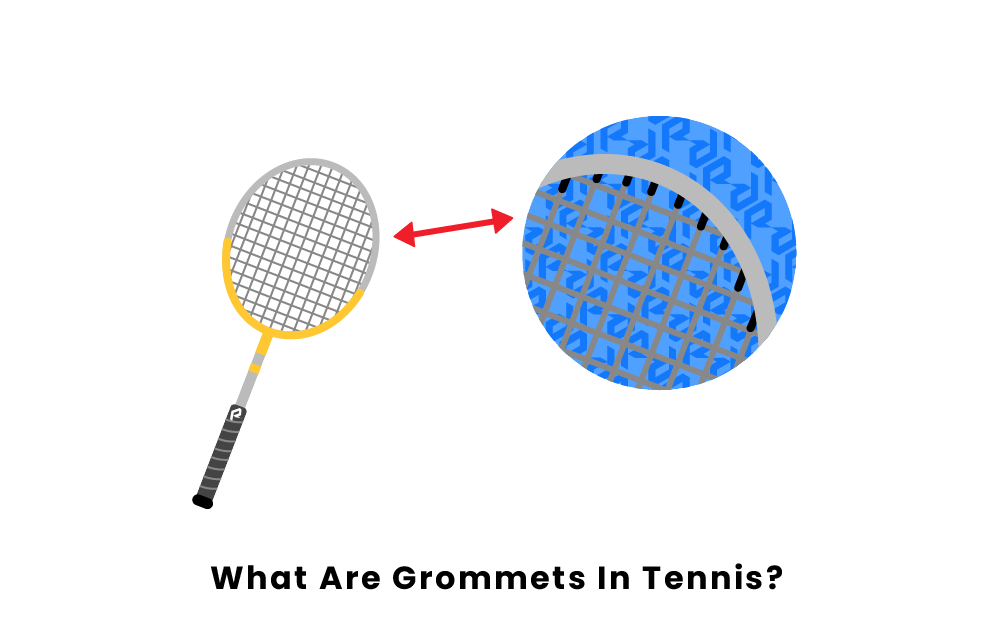 Grommets are important parts of the tennis racket that help keep the strings of the racket protected. The head of a tennis racket is lined with holes called string holes, through which either one or two strings are threaded to create the well-known trampoline-like netting pattern. However, string holes often have rough and harsh edges, meaning that a string that is constantly coming into contact with them will get worn down very quickly and eventually break, requiring service to fix it.

Grommets help prolong the life of a tennis string by lining the inside of the string holes. Grommets are bits of nylon or plastic that are threaded right through the string hole, creating a barrier between racket and string. They prevent the string from making direct contact with the racket head when force is applied to the racket.

Without grommets, the string would rub against the metal of the racket every time the racket came into contact with the ball and require constant maintenance and re-stringing.

Even though the primary purpose of grommets is protection, they can also be influential in affecting how responsive a racket is. For more powerful rackets, wider grommets that allow more string movement are typically used. This greater string mobility enables the racket to generate more force when coming into contact with the ball.

In contrast, a narrower, thicker grommet will restrict string movement, which will result in less power but greater control when hitting the ball. Depending on your racket size and preferred style of play, you will have to decide between narrower or wider grommets.