What Are The Four Tennis Grand Slams? 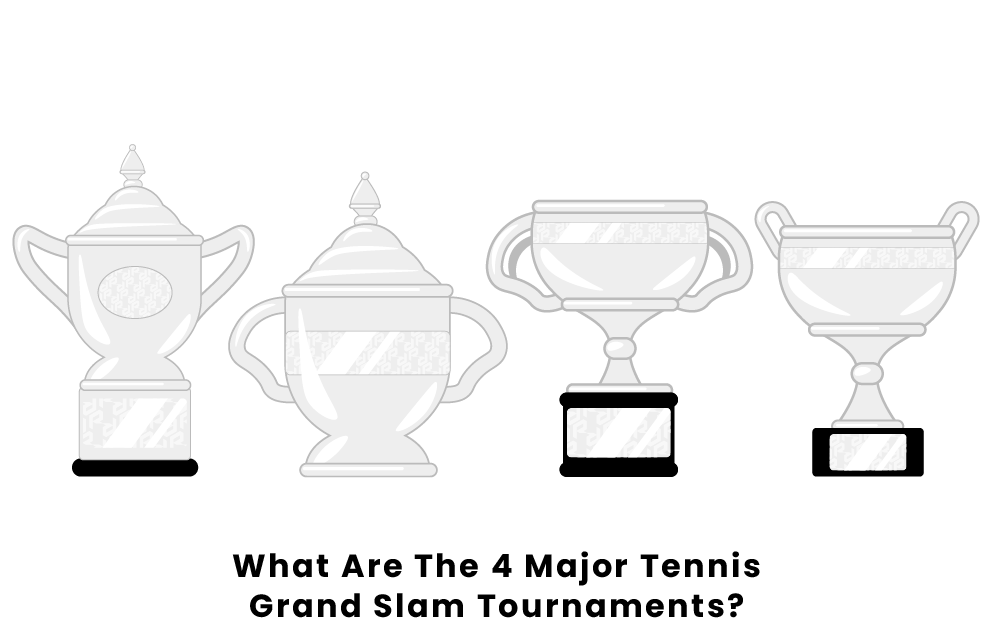 The French Open (also called Roland-Garros) is played at Stade Roland-Garros in Paris, France. It begins in late May each year and extends into early June. Stade Roland-Garros is most famous for its clay court, which is bright orange and causes balls to bounce higher than the more-commonly used grass and hardcourt surfaces of today. The French Open was first established in 1891 as a tournament exclusive to members of French tennis clubs, but was expanded in 1925 to include all amateur players, at which point it was considered a major international tournament. The individual winners of the 2022 French Open were Rafael Nadal (Men’s Singles) and Iga Świątek (Women’s Singles).

On July 9th, 1877, 22 men showed up at the All England Lawn Tennis and Croquet Club to play in a tennis tournament advertised as “open to all amateurs,” who were encouraged to bring their own rackets and pay an “eleven-shilling entrance fee.” Today, each individual tournament during Wimbledon has 128 players, and the tournament’s winner is awarded over 2 million euros. Wimbledon takes place in London, England at the very end of June each year and concludes one to two weeks into the month of July. The individual winners of the 2022 Wimbledon Championships were Novak Djokovic (Men’s Singles) and Elena Rybakina (Women’s Singles).

The US Open is the final Grand Slam in the calendar year, taking place from the last Monday of August to the middle of September. This tournament was first held in 1881 in Newport, Rhode Island. Like the French Open, only club members were allowed to enter into the first years of the US Open. The US Open became open to all amateurs by the end of the 1880s. Today, the tournament takes place at the USTA National Tennis Center in Flushing, Queens. The individual winners of the 2022 US Open were Carlos Alcaraz (Men’s Singles) and Iga Świątek (Women’s Singles).

Although there are only four annual grand slams, the tournament that takes place during the Summer Olympic Games is often called the “fifth” slam. Tennis was part of the Olympic games from 1896 until 1924, when it was dropped. However, the Games picked tennis back up in 1988. These days, there are five grand slams every four years. If a player wins all four slams and Olympic Gold in the same calendar year, they complete the “Golden Grand Slam.”

How many Grand Slams are there in tennis?

There are four Grand Slam tournaments in tennis: the Australian Open, the French Open, Wimbledon, and the US Open. These four tournaments are played annually, in that order, and are considered the most prestigious competitions in the sport. However, the Summer Olympics, which are played every four years, are sometimes referred to as the “Fifth Slam.”

Who has the most Women’s Singles Grand Slam wins?

Margaret Court holds the record for most Grand Slam wins in Women’s Singles tennis with 24 wins. She won the Australian Open 11 times, Wimbledon three times, the French Open five times, and the US Open five times.

Who has the most Men’s Singles Grand Slam wins?

Pages Related to What Are The Four Tennis Grand Slams?