What Are The Court Dimensions In Tennis? 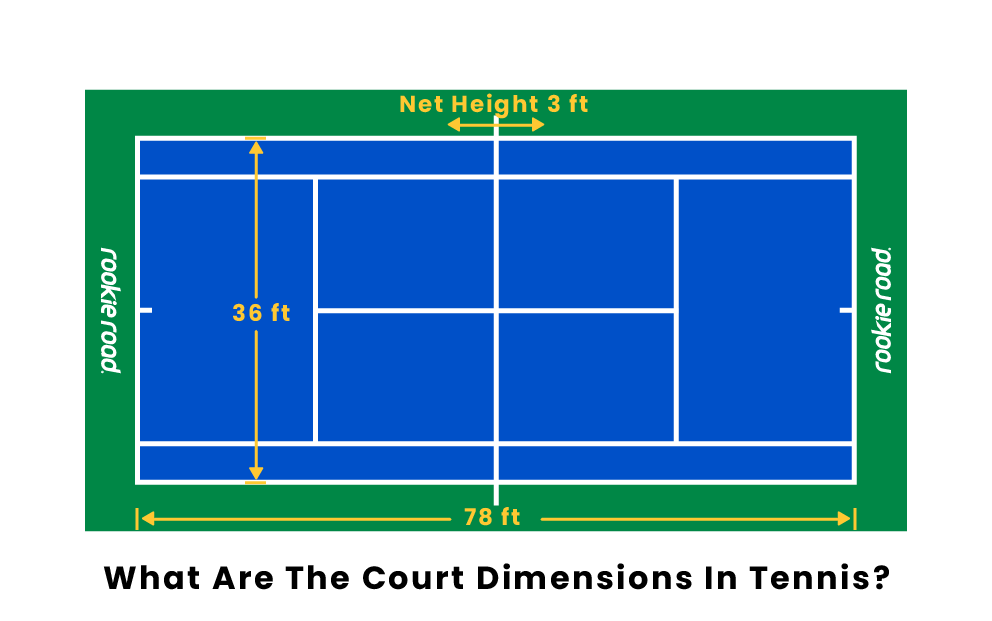 How Long Is a Standard Tennis Court?

Standard, professional tour-grade tennis courts are 78 feet long, split in half by the tennis net. They are 36 feet wide, but this width only applies to doubles matches (two players on each side of the court) and is reduced to 27 feet for singles contests (one-on-one). While not all tennis courts are this size, the above requirements must be met in order for an official tennis match or tournament to be played.

Another very important set of measurements revolves around the service boxes, which are square-shaped areas in which a served ball must land in order to be called in bounds. Service boxes measure 21 feet by 13.5 feet. There are two service boxes on each side of the court, which are split into halves by a net that runs across the width of the court.

Sidelines are also important components of any tennis court. Each sideline runs the entire length of the court, split into 39-foot halves by the net. For singles matches, the sideline sits several feet from the edge of the court. For doubles matches, the boundary is extended to the very edge, thus giving players an extra 175 square feet on either side to land the ball. Sidelines essentially mark the field of play, and any ball that lands outside of the line is considered out of bounds, with a point being awarded to the opposing player(s).

Pages Related to What Are The Court Dimensions In Tennis?