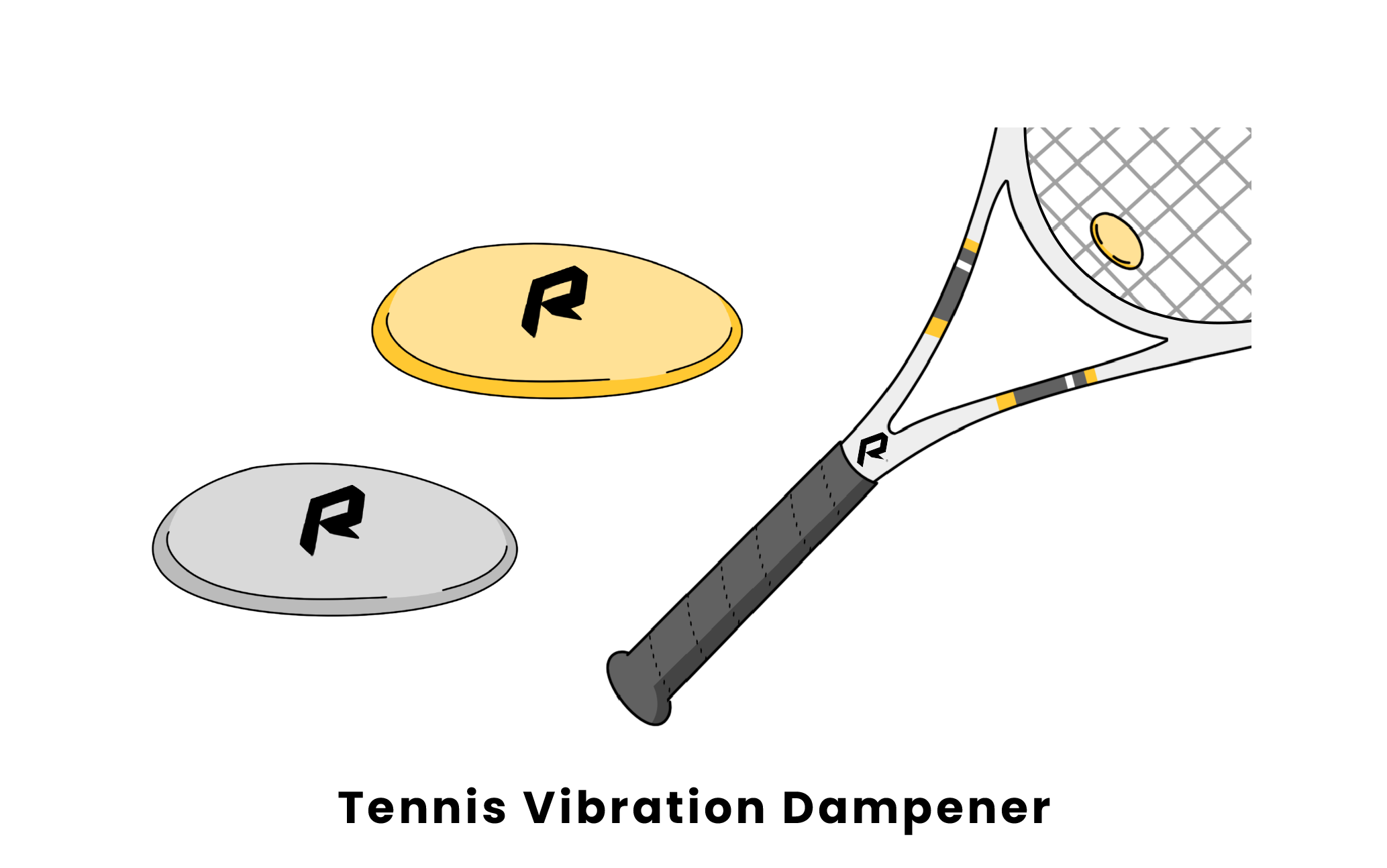 In a tennis match that could last for hours every detail matters, even something as little as a vibration dampener. When playing tennis, long-lasting mental endurance is just as important as being physically fit. This leads most players to use vibration dampeners. These rubber accessories stabilize the strings, canceling the vibration produced by the contact with the ball, allowing players to isolate this noise and stay focused for the whole match.

What are tennis vibration dampeners used for?

Vibration dampeners, also known as shock absorbers, have been around since the mid 1960’s, when they were first invented by tennis legend René Lacoste. Over the years, vibration dampeners have become a must-have for players of all ages and levels. While some use them as just a way of personalizing their rackets, for most players these accessories provide crucial help in matches.

Vibration dampeners are placed right below the pattern of cross strings. This way they have a lower chance of interfering with the trajectory of the hit, while still blocking out the “ping” produced by the ball each time it hits the racket. This helps players to be completely focused on each stroke without worrying about the stability of the strings. Thanks to their influence on mental concentration and resistance, vibration dampeners can even improve a player’s technique, making this accessory a tennis essential.

When looking for a tennis vibration dampener, you'll want to consider the following:

What are you looking for in vibration dampeners?

The button type is the most common vibration dampener among both professionals and amateurs. This accessory is easy to install and limits the vibration, while not interfering with the quality of a player’s strokes. Button dampeners can be purchased for as little as $5.00 and are also a way for players to be creative with their rackets. However, this type of vibration dampener can easily fall out and its effect does not extend to the whole pattern of cross strings. 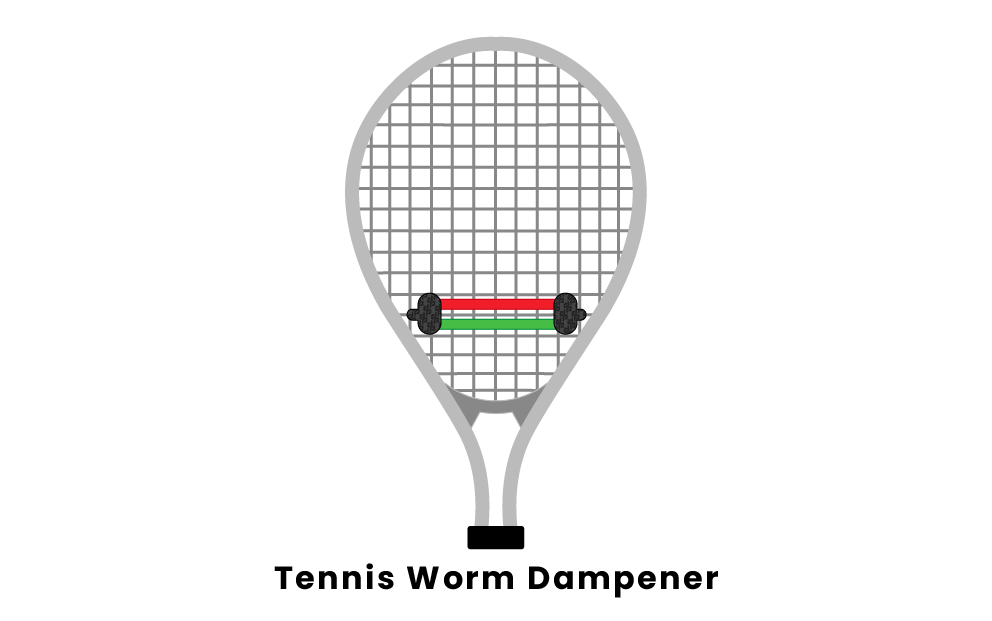 If you are looking to fully stabilize the strings on your racket, the worm dampener is perfect for you. The gel-filled rubber band covers most of the strings on the bottom of the racket, completely isolating the “ping” and making the racket feel steady. The low price of around $4, makes them an essential piece of equipment, despite some concerns about the resistance of these vibration dampeners.

Vibration dampeners can be found either online or at sports equipment stores. Leading tennis brands such Babolat, Gamma, Prince, and Wilson produce both button and worm dampeners, giving customers the opportunity to pick from a wide variety of models, which include collaborations with tennis players and major tournaments.

This French tennis equipment brand only produces button dampeners, among other tennis equipment. From the “Wimbledon Dampener” to the “Custom Dampener,” Babolat products are a great way to personalize your racket, while also limiting the “ping” sound. Babolat button dampeners are also very affordable as they are priced at $5.95 and usually come in sets of two.

Gamma is best known for two models of worm dampeners: the “Shockbuster” and the “Shockbuster II.” The former consists of only one rubber band and is sold for $3.49, while the latter comes with two bands at a price of $4.99. Thus, players can go on Gamma.com and decide to purchase either a single worm dampener or, if they are looking to maximize the stability of the strings, a double one. Gamma also produces a few options for button dampeners as well.

This brand represents a very affordable option for vibration dampeners. Players can get their hands on the worm dampener for only $3.99 or purchase a two-pack button dampener for $5.00. These products are known for their high quality as they are used by many professional players including Kei Nishikori and Simona Halep.

Wilson’s worm dampener, sold for $5.00 on their website, is their best selling vibration dampener. It is slightly different from other models with a thicker band that provides extra stability, acting as a double band. Wilson also manufactures a wide range of button dampeners that include collaborations with NFL teams and the US Open.

How much do tennis vibration dampeners cost?

Most professional tennis players utilize vibration dampeners as a useful tool that helps them maximize their focus during matches. Button dampeners are particularly popular among professionals. Tennis legends such as Novak Djokovic and Rafael Nadal are among the players that use the button dampener. Therefore, even some of the all-time best tennis players value the comfort of blocking out the “ping” when playing.

For decades, tennis equipment brands have heavily advertised vibration dampeners as the solution to prevent tennis elbow. This condition, clinically referred to as lateral epicondylitis, occurs when the muscles around the elbow become too strained and inflamed due to excessive stress caused by activities like playing tennis. Doctors suggest rehabilitation and rest as cures for tennis elbow, while there is no evidence that vibration dampeners can prevent this type of injury. These accessories can help players maximize their focus during a match, but they are in no way instruments to avoid tennis elbow, despite the urban myths around them.