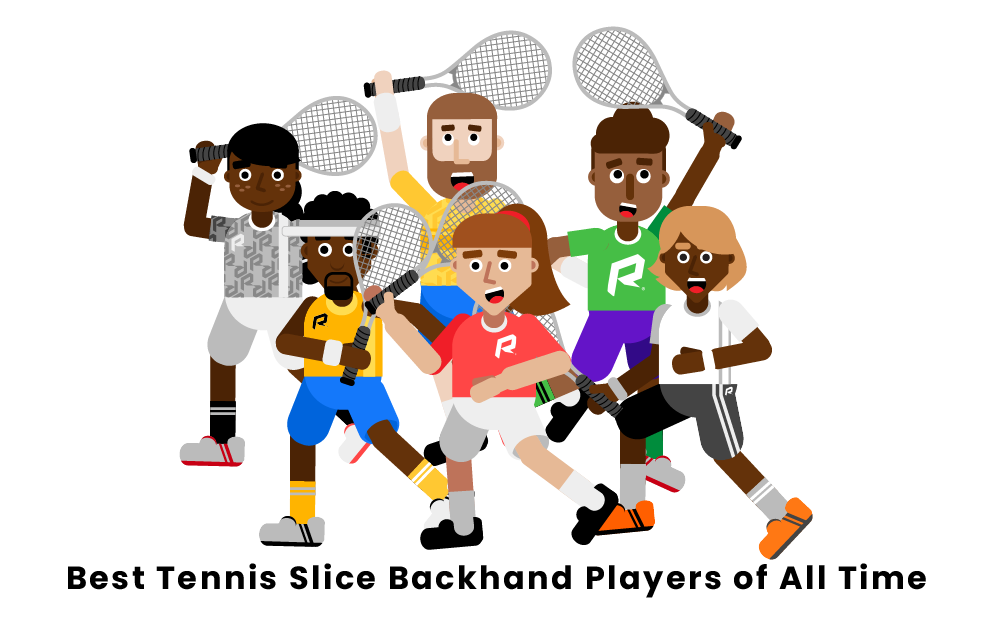 Which tennis players have the best slice shot of all time?

Being one of the most famous names in the history of tennis, Roger Federer has found success on the professional circuit that’s practically unparalleled. He has a total of 20 Grand Slam titles to his name, eight of which came from his victories at the All England Club in the Wimbledon tournament. As a result of his consistent and continued success in the sport, Federer has earned over $130 million from prize money alone, putting him at third in all-time earnings. Being this successful of course means mastering all parts of one’s game, but Federer stands out in a few areas, one of them being his backhand slice. He’s known for being remarkably accurate with the shot, and using it to set up his world class forehand. Federer’s use of the shot demonstrates his brilliant use of strategy, and it’s also regarded as perhaps the most visually attractive of all backhand slices.

Beginning in 2019, Ashleigh Barty has found major success in the women’s singles professional tennis circuit. Her first truly big break came in 2019 when she won the French Open for her first singles Grand Slam win. She quickly followed this up by winning Wimbledon in 2021 and the Australian Open in 2022. Her all time win/loss record stands at a solid 305-102, and she has spent a lengthy total of 114 weeks in a row atop the ATP women’s singles rankings. Much of this success is likely due to spectacular control of her backhand, specifically her backhand slice. When it comes to pure technique alone, many think of her backhand slice as the best in the world. Without a doubt, it’s helped her to dominate her competitors and keep them on their toes. She’s especially known for versatility in using the stroke as both a defensive measure and an offensive tactic to set up a winning shot.

One of the most famous names in tennis in the 1980s, John McEnroe made a name for himself with his fiery style of play. McEnroe was known for an aggressive playing style which frequently saw him charging the net. This playing style ultimately yielded him seven Grand Slam wins, four of which were at the US Open. His other three came from Wimbledon in 1981, 1983, and 1984. This streak of dominance, along with relative continued success, is what saw him land in the Tennis Hall of Fame in 1999. With such an aggressive play style, McEnroe had to be able to make extraordinary shots with regularity, and a crucial part of his ability to do so was owed to his backhand slice. The backhand slice is a key defensive shot, which McEnroe used to great effect when put in difficult situations. He’s especially renowned for his use of the shot close to the net, which nobody has quite equalled since.

A name like Rafael Nadal needs no introduction. Nadal’s career has been full of success that have spanned decades. His first Grand Slam win came at the French Open in 2005, and he’s won the event 13 times since, including a win in 2022. His dominance is nearly unparalleled with 22 total Grand Slam wins to speak of. He also comes in at second in all-time prize money awarded with just over $131 million in winnings. Nadal is easily one of the most well-rounded players in tennis history, but the backhand slice is one of the more critical parts of his game. The shot is often used to set up an opportunity for a winning forehand shot, so it only makes sense for players with strong forehands like Nadal and Federer to have perfected the use of the backhand slice. While Rafael Nadal’s backhand slice is strong, it’s more of a tactical move than anything.

Steffi Graf was one of the most successful tennis players in the late 1980s and 1990s. She won 22 Grand Slam tournaments over the course of her career, including seven Wimbledon wins. She won the French Open six times, the US Open five times, and the Australian Open four times. Perhaps her crowning achievement, however, was completing the Calendar Grand Slam in 1988, which means she won all four Grand Slam tournaments in a single year. It’s a feat that hasn’t been completed in singles play (men’s or women’s) since. Throughout her career, Graf was known for her backhand slice. Like many others on this list, she had a powerful forehand which she set up through her use of the backhand slice. Additionally, her traditional backhand wasn’t very powerful, so she relied on the slice for much of her backhand defense. This allowed her to utilize the shot to perfection.

Andy Murray arrived on the scene in 2010 with a skillset that was remarkably well-rounded. He totaled three Grand Slam wins including two in Wimbledon in 2013 and 2016, along with a US Open win in 2012. He appeared in nine Grand Slam finals, including five in the Australian Open, which he never managed to win. Murray also won gold medals in the men’s singles category in both the 2012 and 2016 Olympic Games. He found success all across the men’s professional tennis circuit, and much of it was due to his creativity as a player. Murray was a brilliant strategist on the court, and much of this was owed to his backhand slice. He was a tactician on the court and he used the backhand slice to both set up game winning points, but also to catch opponents off guard and sneak a point from them. He had such control over the slice that he would often leave it short and force his opponents closer to the net. His backhand slice was always regarded as being one of the best in the game.

Which men’s tennis player has the best slice backhand?

Throughout the course of his career, Roger Federer has had the best backhand slice. Most players only use the shot as a defensive maneuver when they’re in trouble and need to make a tricky shot, but Federer uses the backhand slice both offensively and defensively. He can generate a tremendous amount of spin on the shot which makes the ball fly off his racquet. It makes for a difficult return for his opponent.

Which women’s tennis player has the best slice backhand?

Ashleigh Barty has shown her backhand slice to be among the best in history. With her backhand slice, Barty demonstrates her ability to place the ball perfectly, and her impeccable use of timing. She always knows exactly when to use the shot, and perhaps more importantly, where to place it so that her opponent can’t use it against her. In this way, Barty is like Federer in that she uses the backhand slice on both offense and defense.

What is a slice backhand in tennis?

The backhand slice in tennis is a type of backhand shot, meaning you use the side of the back side of the racquet (the side parallel to the top of your wrist). You hit a backhand across your body, unlike a forehand. A backhand slice utilizes backspin, which means you hit the ball with your racquet going high to low. The backspin put on the ball allows it to fly straight and far, and with enough spin, can make for a tricky bounce upon landing.