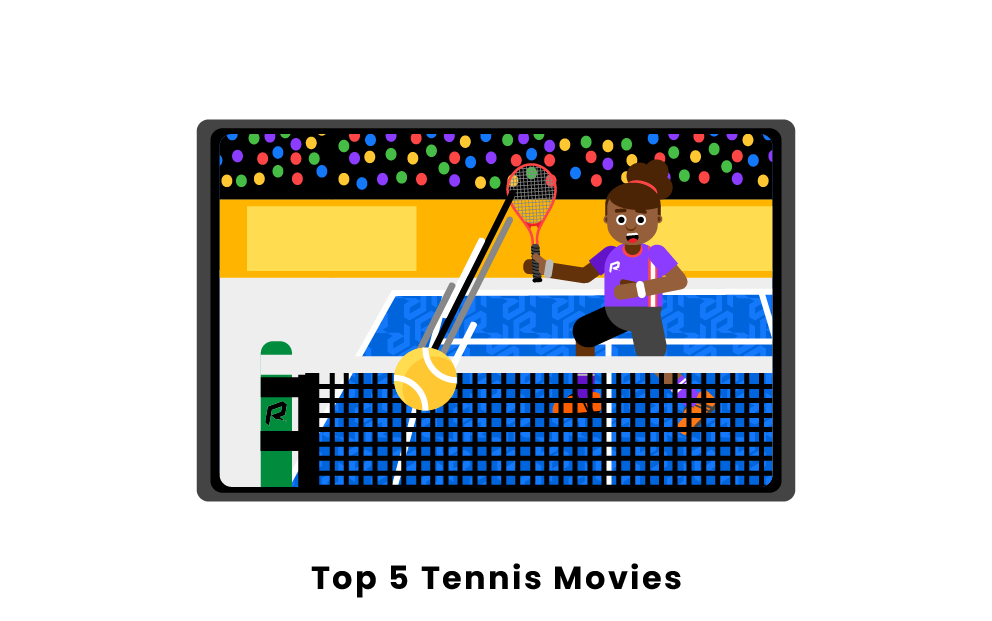 What are the most popular tennis movies?

Borg vs McEnroe tops the list as the best tennis movie for its incredible and engaging story about one of the biggest rivalries in tennis history. The 2017 film explains the 1980 rivalry between Swedish tennis player Björn Borg and American newcomer tennis player John McEnroe. The two are polar opposites as Borg is calm while McEnroe seems to always be in a fit of rage. However, McEnroe is the only serious threat to stopping Borg from being the first tennis player to win five Wimbledons in a row.

Shia LaBeouf and Sverrir Gudnason deliver powerful performances that show the emotion of tennis. The style is very dramatic and shot really well. This all adds to the intensity of this important event in tennis history.

Borg vs McEnroe is a rare tennis movie that captures the true emotions of a tennis match. It's also a great film to watch for those not familiar with the 1980 rivalry.

2. Battle of the Sexes

A close second tennis film is Battle of the Sexes. This 2017 movie also follows another famous tennis match. However, this match had a lot more historical significance as the 1973 match was between Billie Jean King, a female tennis player, and Bobby Riggs, a male tennis player. This match was a spark for the women's tennis movement. Additionally, the film shows the personal battles both players face before the match as King struggles with her sexuality and Riggs faces his gambling and family issues.

The story does a great job of explaining not only this huge historical moment but also the characters who were involved in it. Emma Stone and Steve Carrell do a great job of portraying the two leads and add depth to both of their stories.

This is an ideal film for anyone wanting to see how far tennis has come since 1973 and understanding how it happened.

Another film that follows a famous match is Strokes of Genius. This documentary came out ten years after the famous Roger Federer and Rafael Nadar 2008 Wimbledon finals match. It is based on the book about the match and covers it in great detail. It includes interviews from both players as well as their family and other tennis players.

It gives great information about how both players became top athletes and the sacrifices it took to get there. Not only is it extremely thorough in content, but it is also really well done editing wise.

Although this is a great film for any tennis fan to watch, anyone can enjoy this documentary about two of the greatest athletes of their sport going head to head. This was such an important event in the history of sports that it's an intriguing story to watch for any sports fan.

Wimbledon is a little more lighthearted choice compared to the movies listed above. This 2004 rom-com follows two tennis players at different points in their careers. Peter is an established tennis player who has done well but never reached the top. As he's thinking about retiring, he meets Lizzy who is a lively rising tennis star. As the two spend more time together, Peter's spark for tennis comes back.

Wimbledon is a true feel good movie that, luckily for tennis fans, takes place at the biggest tennis event. It stars Kristen Dunst and Paul Bettany as the main characters. They do a great job at keeping the movie entertaining and endearing for viewers.

There aren't too many tennis movies out there so a rom-com tennis movie is a great find. Despite having little competition, Wimbledon rightfully deserves a spot on this list for being so enjoyable to watch.

Finally, no tennis list is complete without Venus and Serena, so the 2012 documentary has to make this list. Venus and Serena tells the shocking story of how the two sisters both excelled to dominate the women's tennis scene. It covers the struggles they faced to get to the top and the controversies they've been involved with.

The documentary has commentary by both the Williams' sisters, their family, and tennis pros mentioned earlier like Billie Jean King and John McEnroe. The film does an incredible job of explaining how incredible of athletes Venus and Serena both are. It also goes into some serious health issues they faced in 2011 and how they recovered.

Venus and Serena Williams are two of the most well known and accomplished athletes in history. This documentary is great for any tennis or sports fan that wants to learn more about two profound athletes.