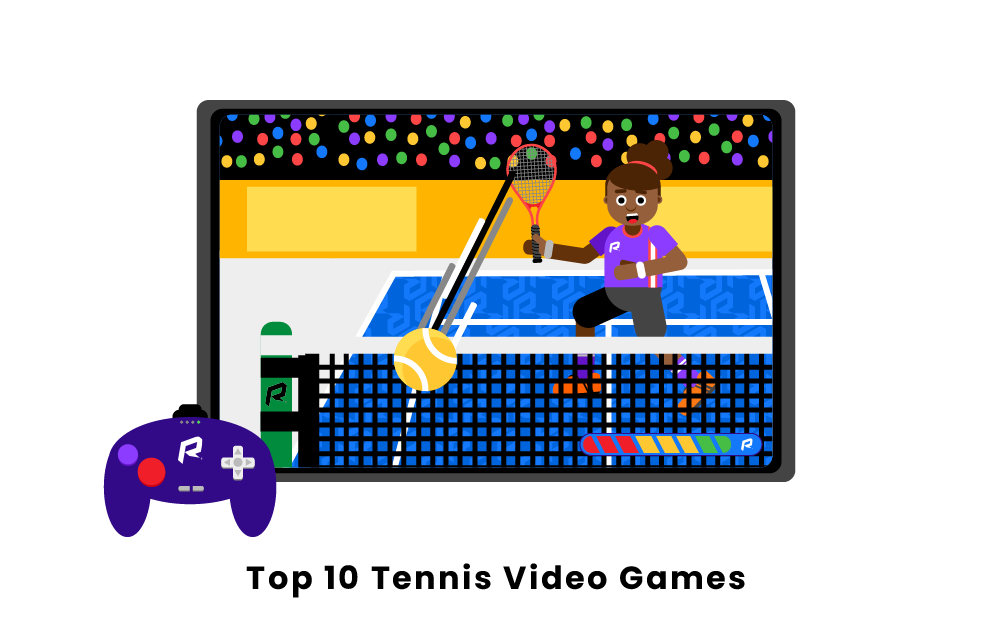 What are some of the most popular tennis video games?

First on our list is Top Spin 4. The Top Spin tennis video games have all been impressive but the fourth edition was a huge step up. It released in 2011 for the PlayStation 3, Wii, and Xbox 360.

The game is frequently regarded as a realistic portrayal of real life tennis. The graphics, controls, and options help make it an immersive experience. In the game, players can choose from a list of past and current tennis players or build their own unique character. Tennis fans enjoy this large selection of pros they can choose from as they go for a Grand Slam win.

Grand Slam Tennis 2 released in 2012 for the PlayStation 3 and Xbox 360. What's unique about this sequel is the way it really captures the energy of playing tennis with professional narration and realistic camera angles.

The game has a career mode where users can practice with pro John McEnroe before playing in tournaments. Another interesting aspect is that this was one of the first tennis games to feature all four of the Grand Slam events in the game. This feature allows gamers to feel like they are a professional player themself going through the pro circuit.

When the Wii was released in 2006 it came with a couple of games including Wii Sports. This wide distribution allowed anyone with a Wii to play Wii Sports, which included tennis. Tennis was a favorite sport to play in the game because of its easy controls and engaging nature.

The Wii remote feels a lot like a tennis racket so that helps make the game feel more realistic. Gamers can play either singles or doubles of tennis and either play the best of one, three, or five sets. Ultimately, Wii Tennis is a fairly simple game but the fact that it's so easy to use makes it fun for anyone.

Although the Virtua Tennis franchise has released many different versions after, the sequel from 2001 is still remembered as a huge success. It was released for the Dreamcast and PlayStation.

What makes the second Virtua Tennis video game (or Tennis 2k2 as it is known in the US) so beloved by tennis fans is the fact that it added the slice tennis stroke. This feature would carry on to the future games. Gamers can also play in tournaments and as their favorite professional players. In this version they even allowed users to play as professional female players like the Williams sisters.

The Mario Tennis video game was originally released in 2000 for the Nintendo 64 but because of its popularity, future releases in the series have been made for the Wii, GameCube, Game Boy, and Nintendo Switch.

Although the 2000 release couldn't be compared to the real sport of tennis, it is a very fun interpretation of the sport with the classic Mario twists. The different characters have their own tricks that make it unique and enjoyable. Players can either compete with friends or against the "computer" players. Despite it not being realistic, Mario Tennis is a challenging game that introduced many kids to tennis.

AO Tennis is a 2018 video game that was released for PlayStation 4, Xbox One, and mobile devices. The AO stands for Australian Open because this game is the first one to have full licensing to the Australian Open so that users can play on the famous blue court.

The game was released by a smaller company so it has some drawbacks but it was really meant to give tennis fans the full virtual experience. Users can customize their characters and venue. The gamers can begin playing in pretty realistic tournaments with about 20 pro tennis players.

Before Top Spin 4, the original release of Top Spin in 2003 for the Xbox made waves in the tennis gaming community. It was the first to introduce an immersive and realistic career mode for tennis games. This set the stage for future video games.

In Top Spin's original release, players could actually sign with sponsors to help their career. In return the player would get unique clothing from their brand. In career mode players also got to control what their player looked like and where they would start their career. They could play tournaments as well to increase their player's ranking.

Although Pong has the simplest graphics of all the games on this list it deserves its place for how important this game was in history. The video game was released in 1972 for the Atari and for arcades as well.

The game is very simple and considered to be a mix of table tennis and air hockey. The main goal is to continue rallying the ball in between the two lines. As the rally continues going on, it gets faster and therefore harder. Although this is simple compared to other games now, it was groundbreaking at the time and has remained a favorite for this sentiment.

At ninth on our list is the Tennis World Tour. The game was released in 2018 for the PlayStation 4, Xbox One, and Microsoft Windows. This video game is a modern version of some of the already mentioned video games.

In Tennis World Tour, players can compete as one of 30 professional players like Roger Federer. Gamers can play on multiple different surfaces such as clay or grass but they have to adapt their play as real players would. Users can also play in a career mode where they have to practice and compete to rise to the top.

Another historical game on this list is Super Tennis. The video game was released in 1991 for the Nintendo Entertainment System. For a game in the early 90's it has an impressive amount of details built into the design.

Super Tennis was one of the first games to allow players to compete against other humans or the computer. The game included 20 different characters that each have their own play styles. Although the players look a little fuzzy the creators put a lot of time into other details to make it closer to realistic. For instance, there are even little ball runners.