The Top 10 Rules Of Tennis 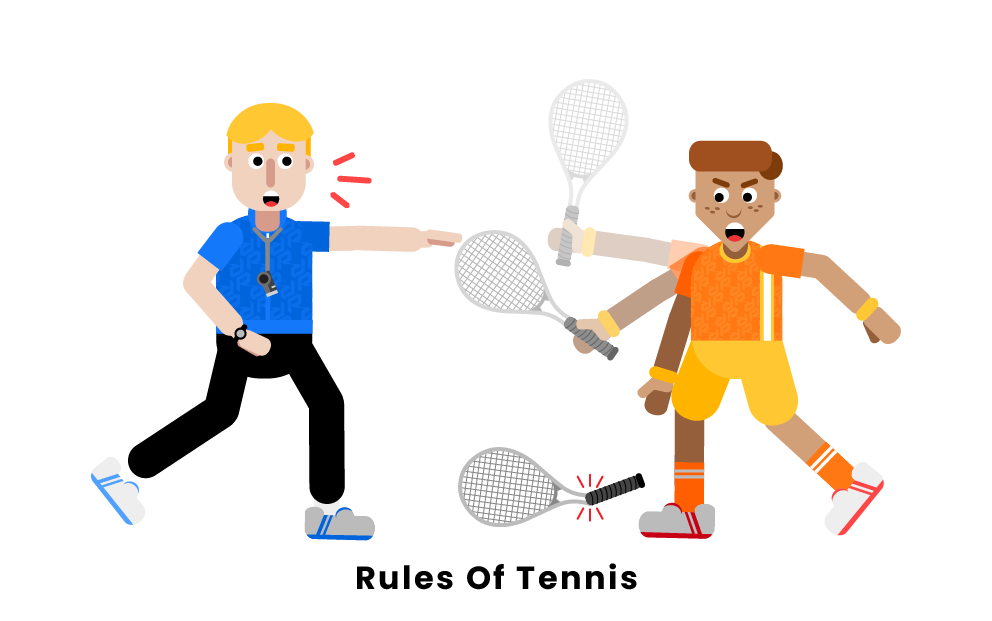 Tennis is a sport that has been around since 1873. There are two forms of the sport, called singles and doubles. Singles matches consist of two players competing head to head as they attempt to hit the ball within the boundaries of their opponent's side of the court without the opponent returning the ball before it bounces twice.

The same rules apply for doubles except for the boundaries. Doubles consist of two players on each team, so the boundaries are bigger, giving the players more room to hit the ball on the opponent's side. The added room is called the doubles alley.

What are the rules of tennis? 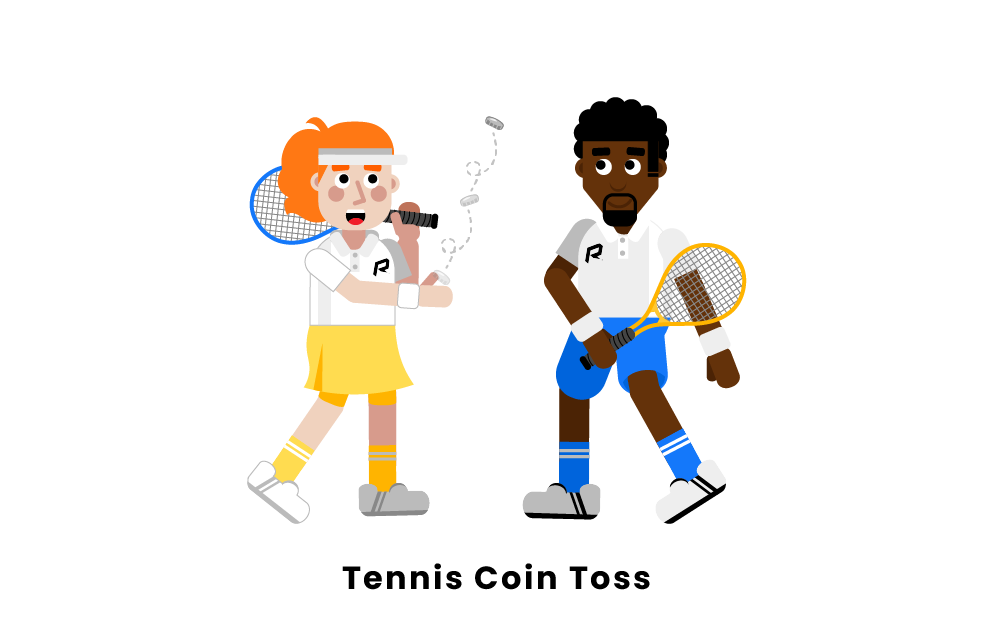 Before any tennis match begins, the players meet at center court to determine who will serve first and from which side of the court that will be from. The chair umpire will come out to center court and greet both players with a handshake before asking the lower-ranked players to call heads or tails. The umpire then proceeds to toss the coin, and the winner of the toss has the decision to receive, serve or decide which side they want to play on first. If the coin toss winner elects to choose a side, the other players will elect if they want to serve or receive first. Most elect to serve first as serving is a huge advantage in tennis. If a coin isn’t available, tennis players sometimes use their rackets and spin it using the logo of the racket to denote either up or down (like heads or tails). 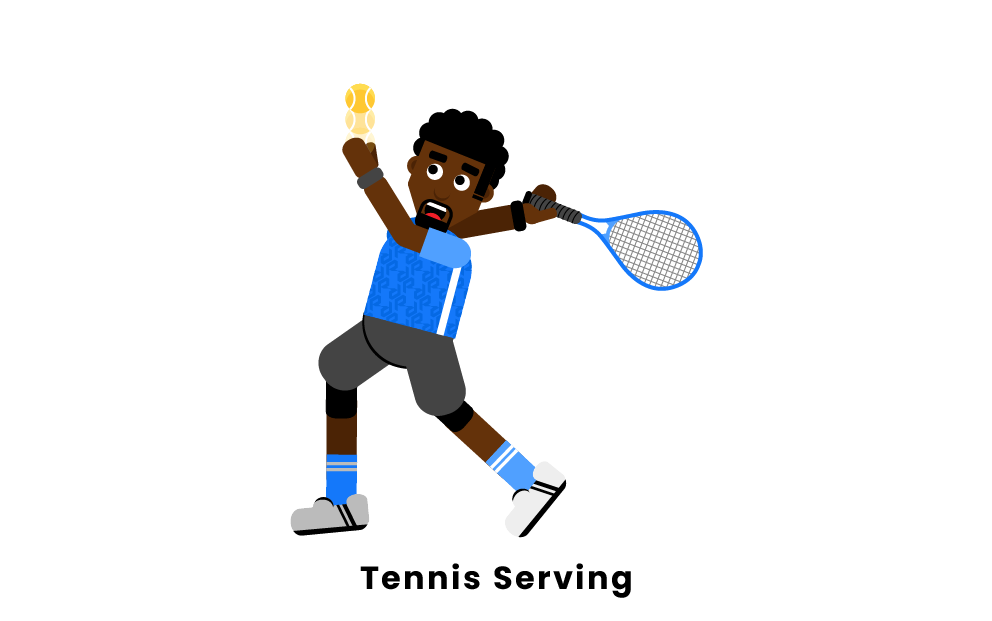 The beginning of every point in tennis starts with a serve. Players toss the ball in the air and attempt to hit it over the net into the opponent's service box. Players have two service chances to get the ball into the box. If a player misses both serves, called a double-fault, they lose the point. A let happens if a player hits the ball off the net and it lands in the correct service box. A players' feet must remain behind the service line throughout the serve, or a foot fault is called by the chair umpire. In professional matches, a timed clock between serves ensures that points are played within 30 seconds. Prior to this rule, some players would take several minutes to serve between points, causing frustration for the opponent as well as the fans. The clock generally starts at the conclusion of a point and counts down from 30 seconds. 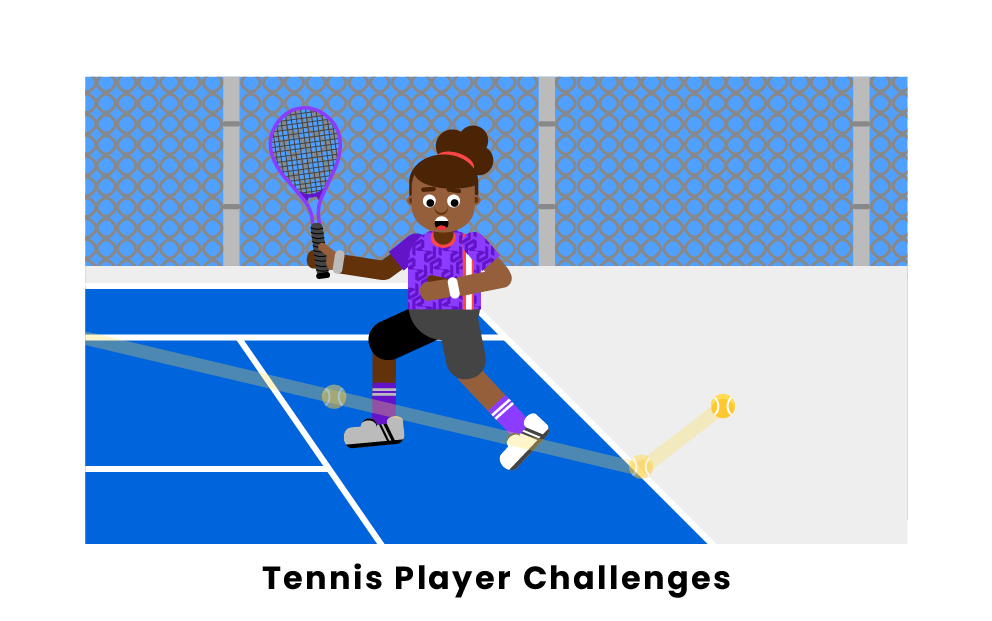 In tennis, there are line judges who call any ball that is out of bounds out by screaming “out” in the middle of the point. They are more often correct than not, but sometimes the play is too fast and they make mistakes. Players have the ability to challenge a call the line judges make. To do so, a player must raise their finger or hand and yell out  “challenge.” They can only do so on the last shot of a rally. Each player has three challenges per set. When a player challenges a call, the chair umpire uses video technology that shows whether the ball was in or not. If the player gets their challenge correct, they retain the same amount of challenges they had. If the player is incorrect, they lose the challenge. In the event a set goes to a tiebreak, players receive one additional challenge on top of how many they had remaining. At the beginning of a new set, challenges are reset to three no matter how many challenges the player had remaining in their previous set. 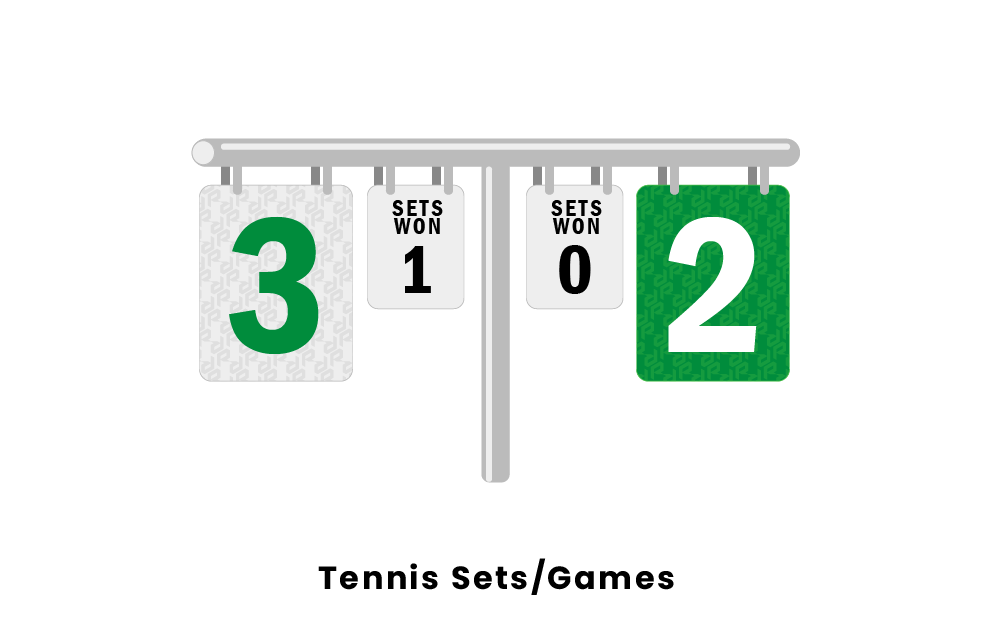 In order to win a game, a player must win four points before the other player wins four, unless the score hits deuce. The points are called 0, 15, 30, and 40. In a game, “love” means zero. Deuce is when the score is tied at 40-40 also called “40-all”. When deuce happens, a player must win by two to win the game. The point is called an advantage or “ad” for short. You’ll sometimes hear “ad-in” or “ad-out”, which is just short-hand for which player has the advantage. “Ad-in” means the advantage is with the server. “Ad-out” means the advantage is with the returner.

The ranking system in tennis is fairly unique. Each player receives a ranking based on how many points they acquire over tournaments throughout the year. Depending on how far a player makes it into a tournament they receive more points. The champion of a tournament receives the most points while someone who lost in the first round receives the least. Different tournaments have different point systems with the four majors handing out the most points. There are four levels of tournaments in terms of points handed out with #1 being the highest and so forth: 1. Grand Slams, 2. Masters 1000, 3. ATP 500, And 4. ATP 250. Grand slam champions recieve 2,000 points while the other three levels have the amount of points the winner receives in the title. Seeding in tournaments is determined based on world ranking, meaning the higher the seed you are the higher ranked in the world you are. Therefore, it is important for players to compete often to acquire as many points as possible throughout the season. 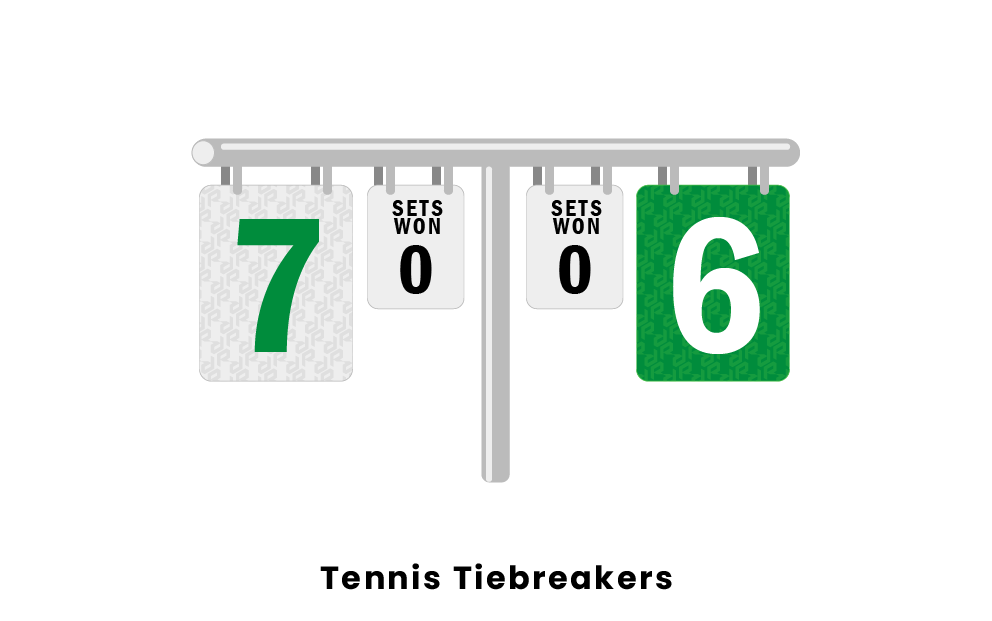 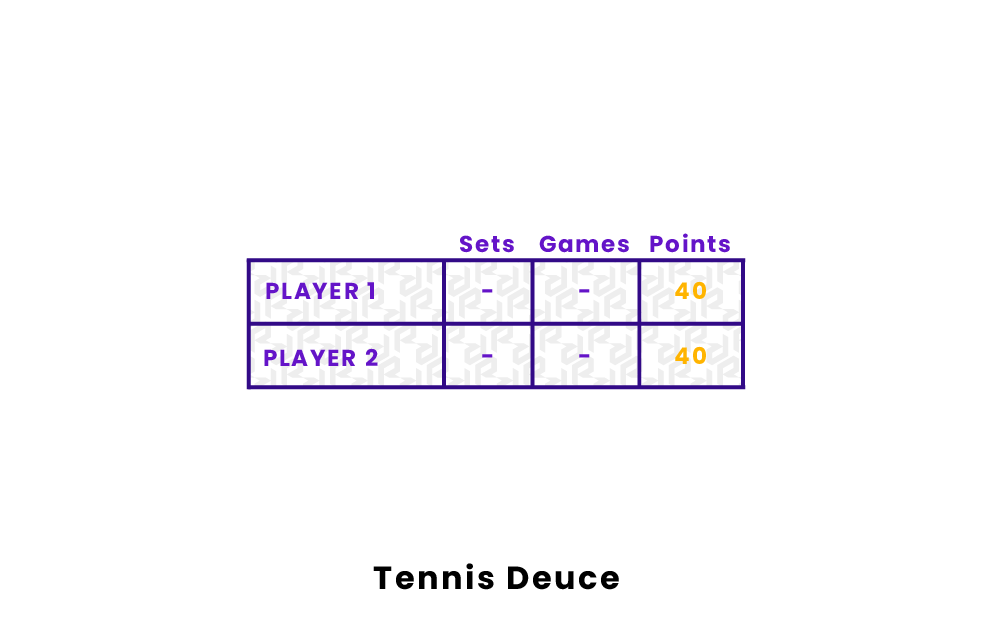 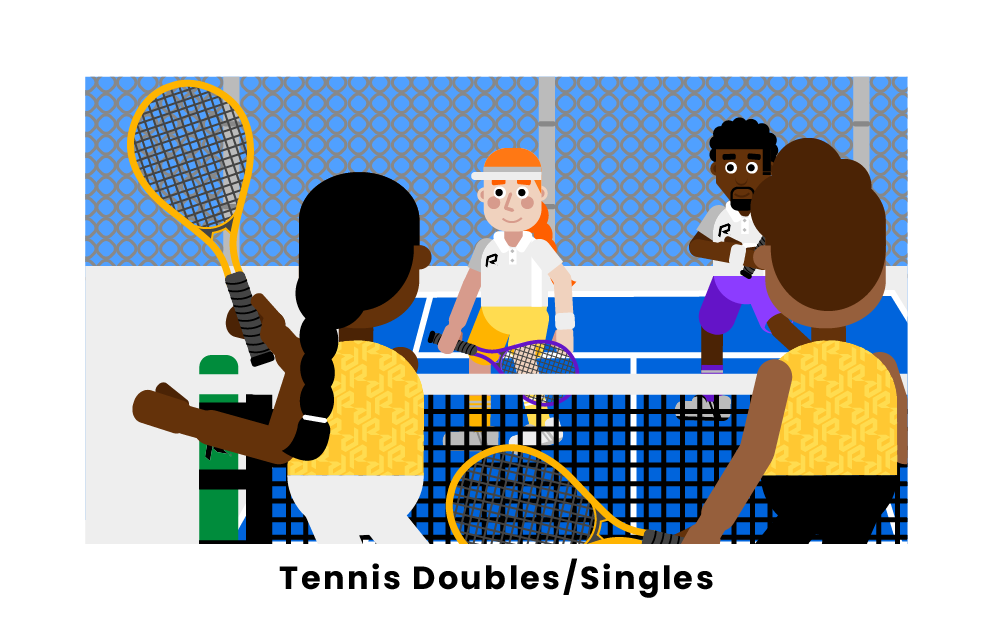 In tennis, there are two forms of competition: singles and doubles. Singles tennis matches have two players while doubles matches have four players. The same rules apply in terms of how tennis is played, but in doubles, the four players alternate serving, meaning that an individual who serves to begin the match doesn't serve again until the 5th game of the set. Additionally, the boundaries of the court are a bit different. In doubles matches, players are allowed to hit the ball in the doubles alley. The reason for this is because there is less space on the court to hit the ball past your opponent when there is more than one of them on the other side of the court. 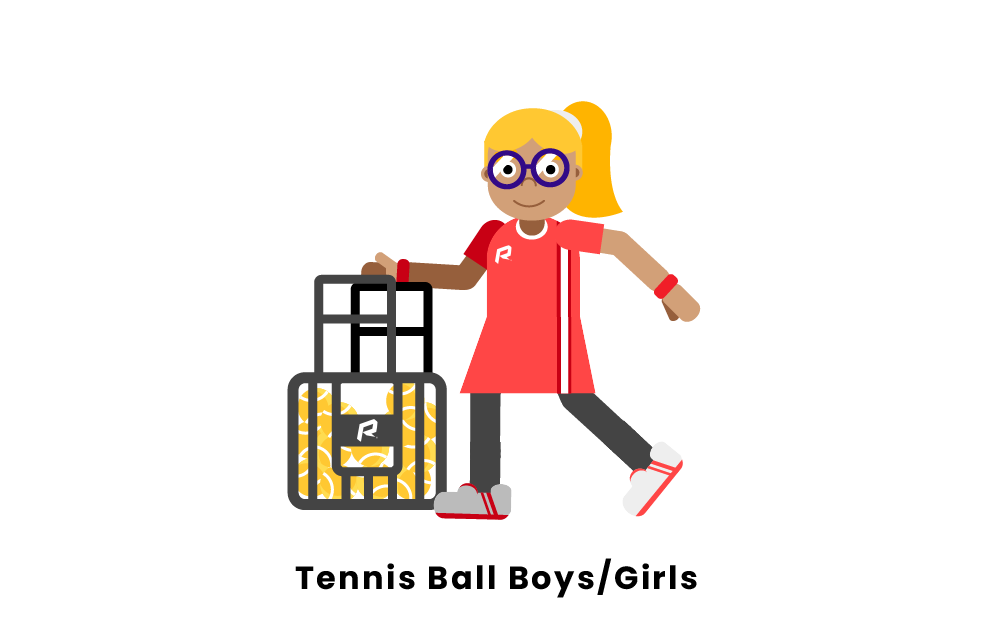 If you have watched tennis before, you may have noticed people running around the court after the conclusion of a point, picking up the ball. These people are assigned ball boys and girls. Ball boys and girls have a few responsibilities. At the conclusion of each point, they must pick the ball up in a timely manner if it’s closest to them. Before the next point begins, they are responsible for handing the tennis player who is serving the ball. If the player asks for a towel, the ball boy or girl will be equipped with one and hand it to the player. While a point is going on, the ball boys and girls must remain as still as possible for the purpose of not distracting the players. 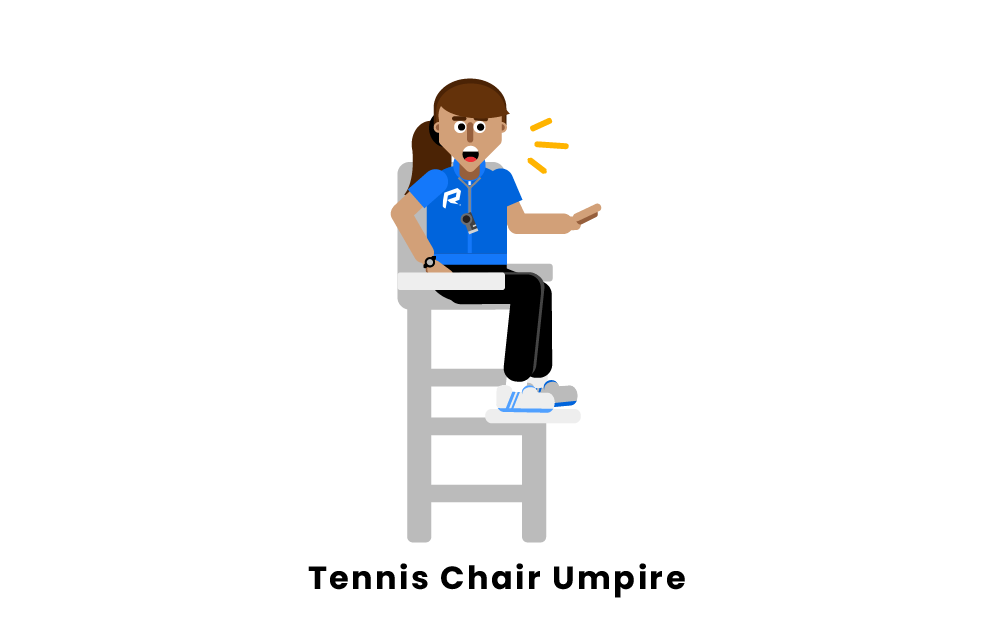 The chair umpire in tennis is the most important person and final authority when it comes to making a call or fixing an issue occurring in a match. Chair umpires have several responsibilities. They must watch every point closely and overrule a call from a linesman if they deem their call to be incorrect. Additionally, they announce the score after every point concludes. If a player wants to challenge a call, they must ask the chair umpire to do so. Chair umpires are also responsible for controlling the crowd during a match, especially noise-related issues. If a player misbehaves, such as smashing a racquet or hitting a ball into the crowd, the chair umpire has the right to issue a warning to the player. If a player continues misbehaving, the chair umpire can ultimately disqualify the player, resulting in their opponent winning the match.

Who serves first in tennis?

How many lets are allowed in tennis?

A let in tennis is when a player serves the ball into the opponent’s legal service box, but the ball touches the net on the way. This is different from a fault, because it landed where it was supposed to, but touching the net is not allowed. Because of this difference, players are allowed an unlimited number of lets without being penalized. There have even been instances where players have had four or more lets in a row!

How do you win a tennis match?

In order to win a tennis match, you must win more sets than your opponent. Typically, men’s matches are a best of five series while women’s are a best of three. The first player to win six games in a set will win the set, as long as they win by two or more games. If a game is tied 5-5, for example, a player will then have to win seven games with a tiebreaker set being played in the event of a 6-6 score. Each game is played up to four points, as long as the first to four has a two-point advantage. If not, the game will continue until someone wins by two points.

Pages Related to The Top 10 Rules Of Tennis