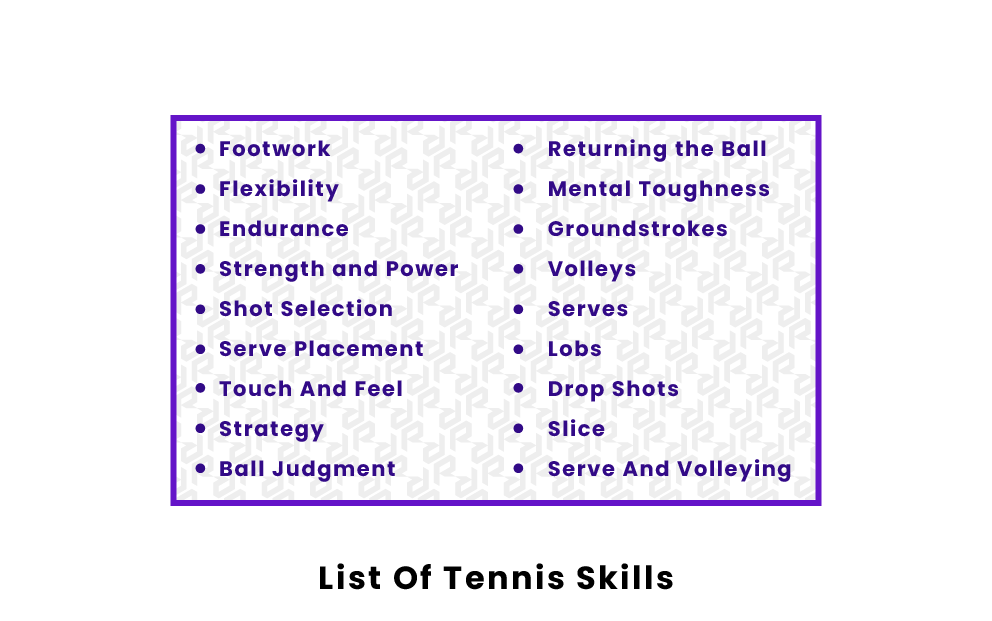 There are several skills in tennis that are beneficial to having a good game. A mix of mental and physical skills are required for successful players. Below are some of those important skills.