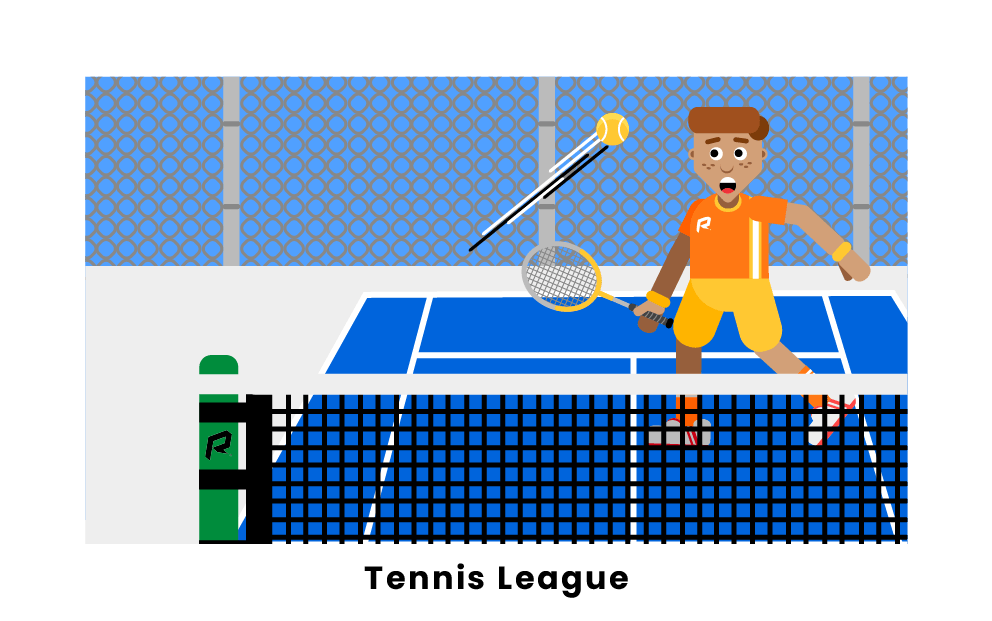 If someone is very active in Tennis and wants to become a little bit more committed to it, he or she can join an organized tennis league. A tennis league is an organized group of people who create a structured schedule for these players to match up against each other. There are numerous leagues that one can join and they all have different skills and experience levels. Tennis leagues vary from kids all the way to professional. There are amateur leagues, high school leagues, and collegiate leagues as well. A tennis league can be social or competitive. They can be run during the day or at night and can last from a few weeks to an entire season.

The Association of Tennis Professionals (ATP)

The most popular league in Tennis is the Association of Tennis Professionals (ATP). The ATP gathers the best Tennis players in the world for them to face off against each other. The league serves as the main governing body for Men's Tennis.

In 1973, the ATP established a computer ranking system, and they still use a similar one to this day. This system allowed them to accurately dictate who the top Tennis players in the world were. Every week, these rankings are updated based on how the matches went in recent days. Throughout the season, there are various tournaments. The seeding is determined based off of the weekly rankings that the ATP comes up with.

The ITF is also the main governing body for Wheelchair Tennis and Beach Tennis, holding various tournaments throughout a calendar year.

The WTA is the principal organizing body of Women's Professional Tennis. It governs the WTA Tour which is a series of tournaments for women professionals. It was created in order to create a better future for Women who want to pursue careers in Tennis.

Starting a Tennis League is something that does not necessarily come easy. If you would like to do a small one with you and your friends, simply reach out to them to see who is interested. You can also post flyers around town to attract other local Tennis athletes.

The best idea in starting/joining a Tennis League is to become a member of the United States Tennis Association (USTA). The USTA has over 300,000 members all across the country. To join the league, all you need to do is create a USTA account and answer some questions about your skill level. After that, you will be contacted by a local league coordinator and he will assign you to a league. While this is not a professional or collegiate league, you can work your way to competing at a regional and national level against other amateur Tennis players.

Professional Tennis technically never has an ending. There are constantly tournaments and events going on throughout the years. This has long been scrutinized by the public due to its tendency to wear down the athletes. The ATP goes on almost the entire year. It starts in January and will end at some point in mid November. The Grand Slam events are also taking place throughout the year with the Australian Open being the first event in late January. The French Open will then take place by June, and Wimbledon will follow a few weeks later. The US Open is the final of the Grand Slams, and usually takes place in late August/early September.

If you want to join the USTA, it comes at a very affordable price. If you are over the age of 18, then there is a yearly fee of $44. You can also purchase a 5 year membership for $176. They even offer lifetime memberships for $750 dollars. Players under the age of 18 are only charged $20 for a yearly membership, and can also purchase a 5 year membership for $80. The USTA also offers family plans, where someone can have their whole family join the league for $72 a year.

When purchasing memberships with the USTA, you will receive various benefits. Members will have early access to discounted seats at the US Open and other major tournaments across the country. They will also enjoy a 10% discount US Open and USTA merchandise, as well as travel, retail and entertainment discounts.