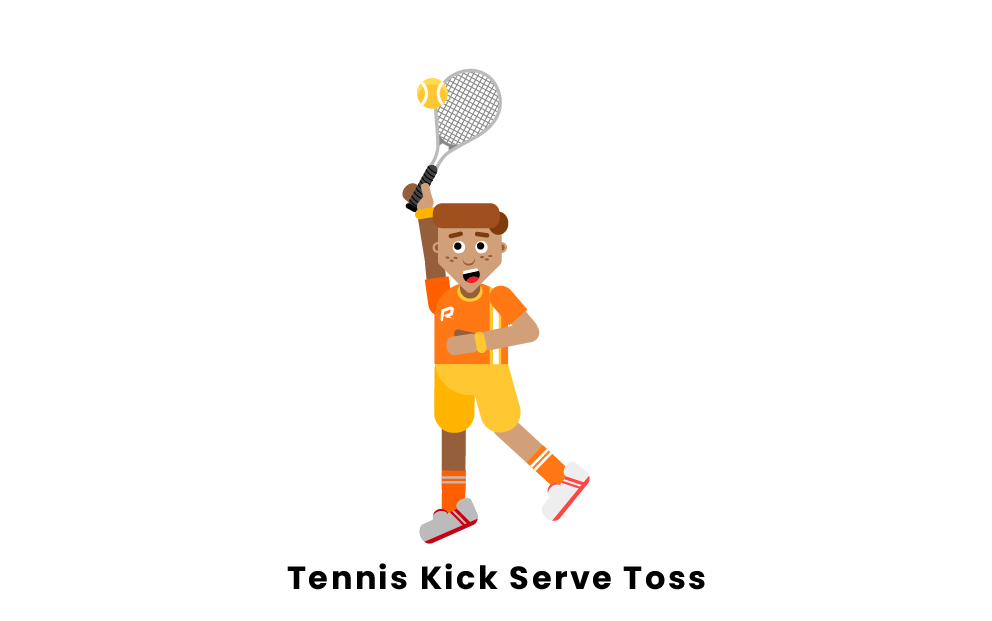 In tennis, there are four main types of serves (flat, slice, kick, and underhand). This piece will teach you all about the kick serve, which is also referred to as a topspin serve. The main characteristic of the serve is that it produces topspin on the ball which creates a greater vertical bounce.

How Do You Hit A Kick Serve?

There are three steps to hitting a kick serve. The serve starts with tossing the tennis ball in the air and is followed contacting the ball with the racket. Along the way, it is also important to use body motion to increase the effectiveness of the serve.

The first action in hitting a kick serve is the toss. The ball should be tossed close to straight up in the air but slightly behind. If it were on a clock face, the ball would be at about 11 o'clock. This allows the ball to be contacted in a way to best generate spin.

That spin is generated by contacting the back of the ball. It is key that the racket does not fully strike the ball and the motion is a brushing one. Put together, the action will generate topspin, which is the purpose of the serve.

In order to accentuate the spin on the serve the body should be moving forward, the arm should accelerate as it is swinging the racket through the ball, and there should be a defined follow through.

Differences From Other Serves

A kick serve differs from a flat serve in that it is slower, has spin on it, bounces higher, and is more accurate.

While a slice serve does have spin on it, unlike the flat serve, it has a horizontal spin (side spin) placed on it rather than a vertical one (topspin). 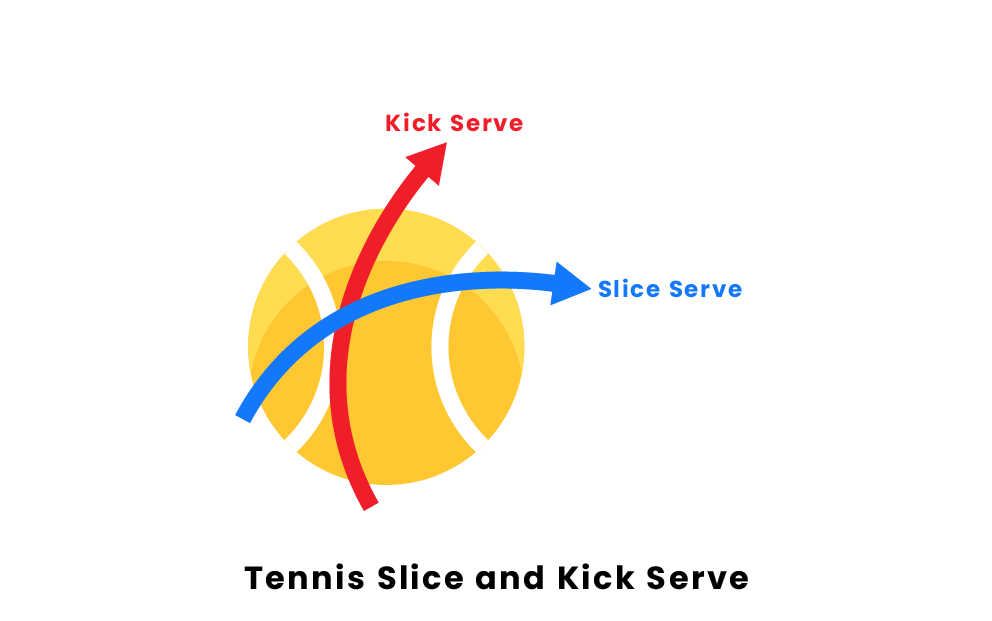 In tennis, there are three main surfaces: clay, hard court, and grass. Each has a different speed and affects the ball's bounce differently.

Clay is the slowest surface because the ball tends to bounce higher, and more energy is transferred into the bounce than the speed. Already a serve that is slow and bounces high, the kick serve's effects are amplified on a clay court.

Grass is the fastest of the three surfaces and it somewhat neutralizes the large bounce, as balls tend to skid, not bounce on a grass surface.

Hardcourt is slightly slower than a grass court, and the hard surface allows for the large bounce to be effective. It is in between the other two surfaces in both bounce height and speed.

Given its slow nature, the serve is known as the most accurate. Its accuracy offers the server the ability to hit a target spot better, allowing them to be on the offensive.

Another advantage is the big bounce the ball takes, which makes it difficult to return. In tennis, there is a sweet spot, between the chest and knees which is the best place to hit a ball. The big hop generally places the ball above that area, putting the returner on the defensive.

While the kick serve is the most accurate and comes with a tough to deal with spin, it does lack speed. The slow ball allows the serve to be countered easier.

In order to counter the large bounce of a kick serve, one should attempt to return the ball early. By stepping inside of the baseline, the ball can be hit back before it bounces too high. Because the serve is slow, the ball will be returnable even with less distance to react.

If the bounce is neutralized, then the serve loses the offensive effect it previously had.

In tennis, a first serve tends to be a more aggressive, harder hit, and faster serve than the second. If the first is not hit into the service box then the player is required to hit a second serve. Because there is more weight on the second serve (if it is missed, the player loses the point) it is usually a good strategy to hit it softer in order to maintain accuracy.