How Do You Bet On Tennis Matches? 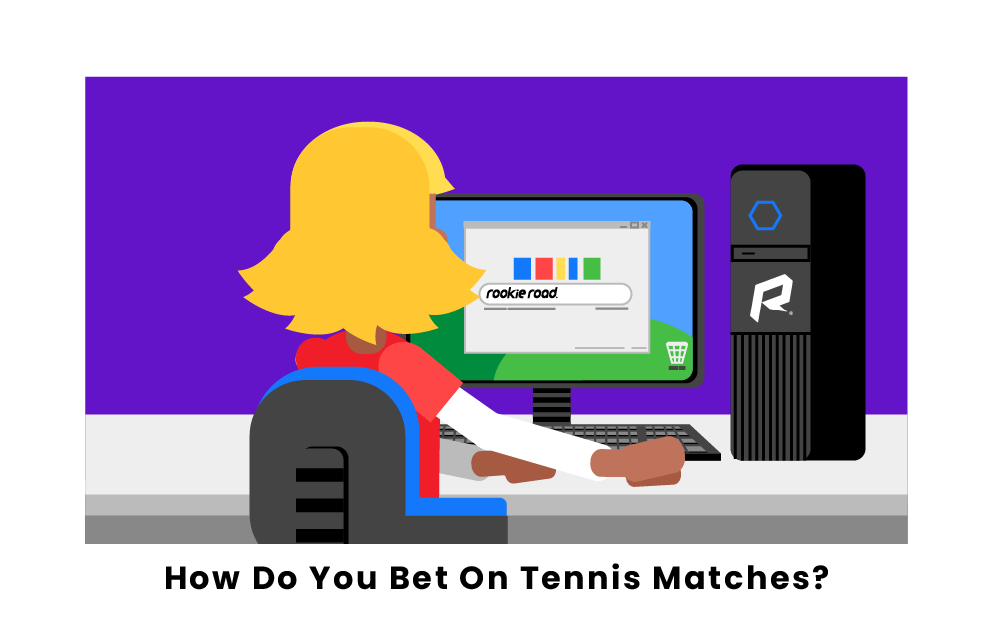 There are four main bets that a person can take on a tennis match. These basic bets include a moneyline bet, game spread bets, set spread bets, and over/under bets.

When betting any sport it is important to understand what each bet means and know how they apply to the match itself. In any given sporting event, basic bets will always be available to bet on along with some player props that have to do with individual player stats. It is much more common to place wagers on the basic bet types as those are easier to follow and predict but betting on player prop bets is a fun way to follow and watch a match.

Moneyline betting refers to odds that a player will straight up win a match. With this type of bet, a person does not have to worry about the player winning by a certain amount and has the ability to have the largest payout of all bets depending on the line that is bet on. This is typically the most popular type of bet to take in sports as it is the easiest to understand and follow during a match.

When betting, if Roger Federer is playing Rafael Nadal and his moneyline has -120 odds, a person would need to place a $120 wager in order to win $100. However, if Nadal's moneyline odds are +150, this means he is the underdog and if a player places a $100 wager on his moneyline and he wins, it will pay out $150.

Spread betting has to do with how much one player is favored over the other. This means that the line creators figure out how much better one player is than the other and create a spread on how much a player should win or lose by. These lines are created in order to get half of the bets on one side and half on the other so these usually seem possible to hit on either end of the bet.

Spread betting is usually where most people make their money as the odds of spreads usually hover around -105 up to -120. Spread betting usually equalizes the playing field on matches that have large favorites/underdogs.

Set spreads are not as common, but they are also a wager that can be bet on during a match. It is the same idea but instead of having a spread on the games of a match, this would be a bet on the spread of the sets in the match.

Over/under betting refers to the amount of games that will be played within a given match. The line will be set at a number and you can simply pick if you think the amount of games in a given match will be more or less than this number. If you believe that the match will be close, the over is the safer bet, but if you think it will be a blowout then the under bet is the way to go.

This type of bet refers to a player's stats in a match rather than the entire match itself. There are a wide variety of player props that are available in each match. These types of bets are usually only available in larger tournaments and only in certain places. You could bet on anything from the number of aces a player may have in a match to the exact score, or even if there will be a tiebreak.

Live betting is usually the most dangerous type of betting as this is where many people lose a lot of their money. In some places, you can bet on a match while it is going on. For example if a player is losing in a match and has a live moneyline of +500 you could place a $100 wager on this player and if they come back to win the match you would win $500. Live money lines and spreads are constantly changing throughout the match in order to keep up with what is happening in real time.

Pages Related to How Do You Bet On Tennis Matches?