How Much Do US Open Tennis Tickets Cost? 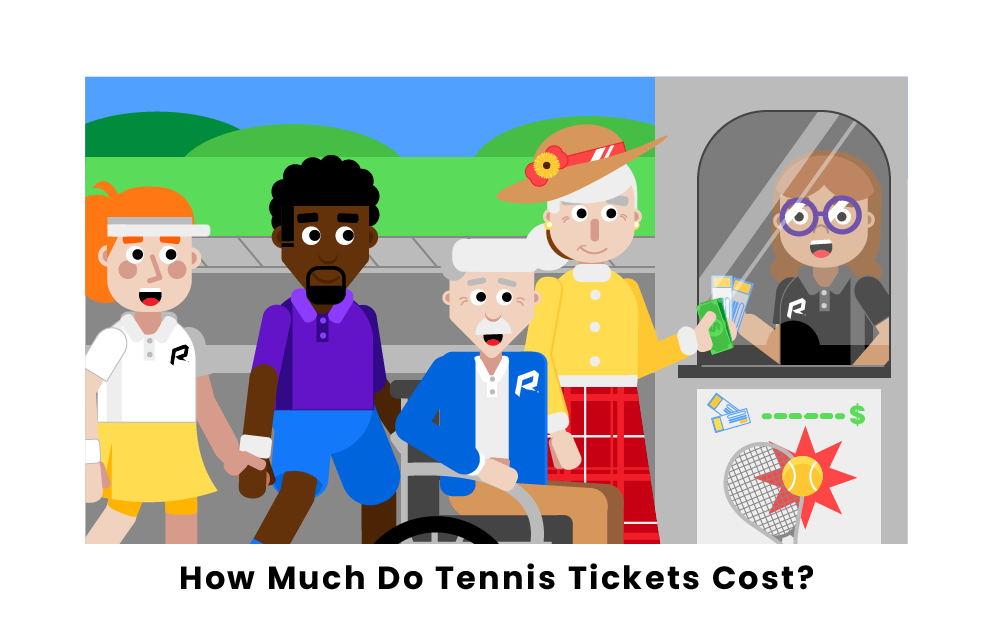 Tennis is a fast-paced and competitive sport, but how much do tickets to a competitive tennis match cost? The answer depends on how close you would like to sit to the court and the level of the players. It can also depend on what round you are viewing.

However, as most tennis matches that charge are high-level competitions, it is possible to find the average price of a tennis match based on the seating location and round of the US Open in Flushing, New York.

Front Section At US Open Grandstand

On average, front section seats at the US Open of Tennis range from about $140 to $330. The disparity is due to where an audience member is seated on the court. Some of the most expensive front section seats are toward the back corners of the court, where athletes serve the ball from, which are the tickets that reach $250. Tickets on the back end of both sides of the court also go for over $200, but closer to the $220 range.

Additionally, the closer seats are to the front of each section, the more expensive the tickets will be. In the front of the section facing the middle of the court (closest to the net), some tickets sell for over $300. The cheapest tickets are at the back of each section, but also in the furthest corners of the arena, in the furthest corner beyond where the players serve from.

US Open Grounds Admission refers to general admission tickets to the grounds. The spot you get to watch matches is first come, first serve. These tickets can go for as low as $90. One caveat is that these tickets can go up in price as the event gets closer, and people who have bought tickets earlier resell them at a higher price for a profit. Some Open Grounds Admission tickets are sold for over $200.

However, Open Grounds Admission does come with some limitations. For example, certain stadiums may not be accessible to those who don’t have a reserved seat, like the Arthur Ashe Stadium for the Open in Flushing, New York. This limits what matches you will have access to. The practice courts are accessible, as well as GA grounds and some smaller courts.

Different Rounds At The US Open

The US Open has two types of rounds: qualifying matches and main draw rounds. Within the main draw rounds, there are various subsections. There are the first, second, third, and round of sixteen rounds at the beginning of the Open. Afterward, there are the quarterfinals, semifinals, and finals. All of the events are also divided by gender. The price of tickets is also dependent on what round is being played. For earlier rounds, the price can be around $50. Again, the later rounds can range up to over $300.

Pages Related to How Much Do US Open Tennis Tickets Cost?