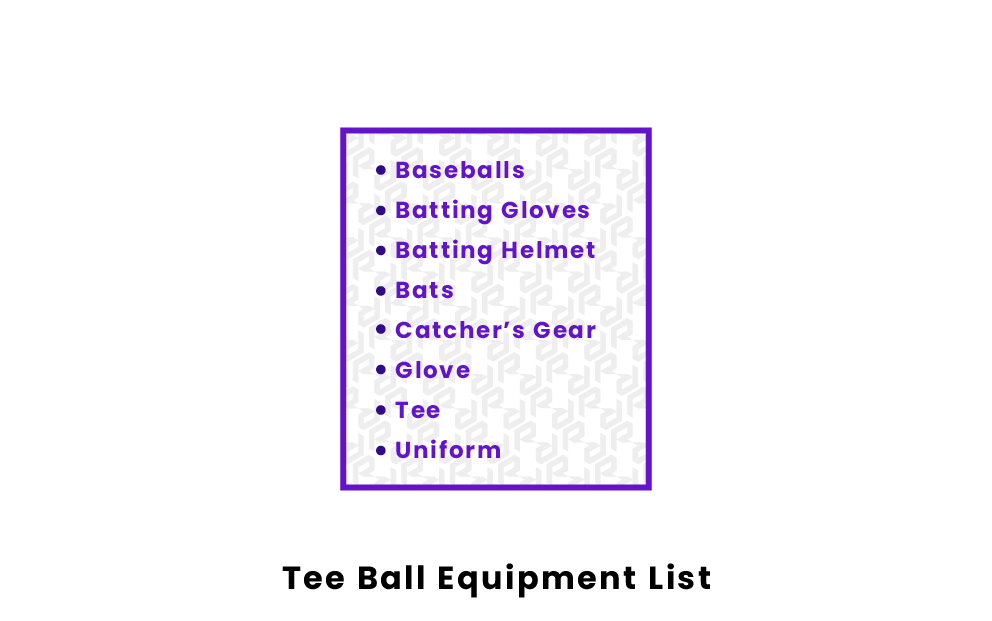 Tee ball is a form of baseball, typically played by children ages 4-7 who are learning and beginning to play the game of baseball. The biggest and most significant difference between tee ball and baseball is that there is no pitching in tee ball. Players hit the ball off of a tee rather than having it pitched to them, because tee ball players are usually too young to throw and hit live pitches. While the rules differ slightly between the two games, the equipment is the same. Tee ball is an introduction to baseball, so regular baseball equipment such as bats, balls, helmets, gloves, bases, and the field are the same. Many children who play tee ball transition to baseball when old enough. 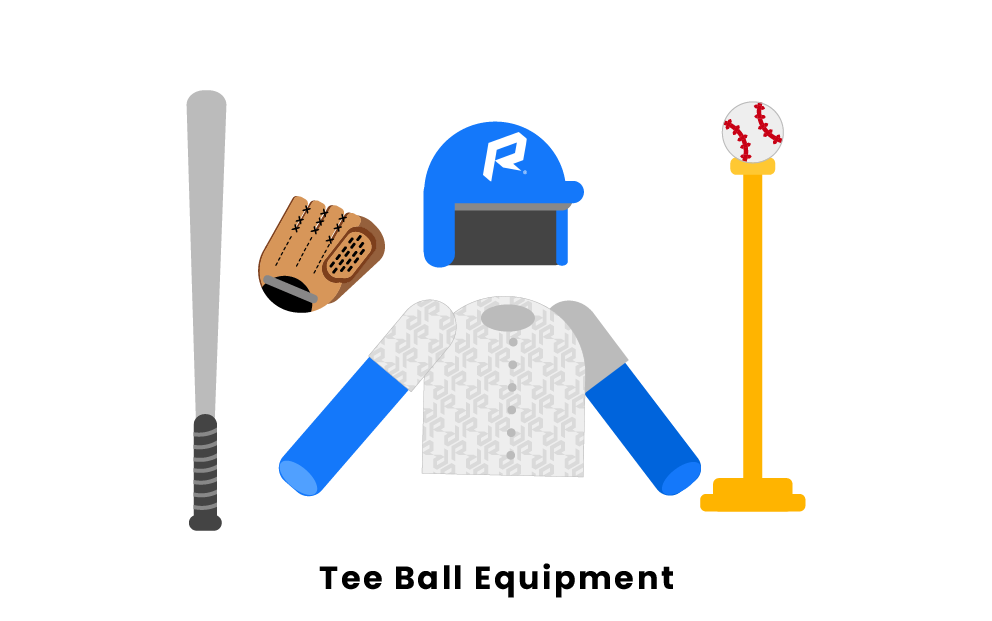 For the most part, tee ball equipment is the same as baseball equipment. However, the major difference between the two games is that you need a tee to hit the ball off in tee ball. Tees have adjustable heights on them so players of different sizes can use the same tee in a game or practice. In baseball, the ball is pitched to the batter, so no tee is necessary. Essential pieces of equipment such as bats, balls, helmets, gloves, and batting gloves are all used in tee ball the same way that they are in baseball. Another important difference is that because tee ball is for younger ages, equipment used in games will typically be children’s sizes.

In tee ball, baseballs are used in games, but they are not the typical baseballs you see in normal gameplay. In higher levels of little league, normal baseballs are used, but in tee ball the ball is altered to have a sponge rubber center to create a softer baseball. This ball is known as a safety ball, and is used so that young kids playing the game do not get hit with a hard ball if they miss a catch, get a bad hop, or get hit with an errant throw. Tee ball is played to introduce young kids to the game of baseball, so these kinds of plays can and should be expected, so the softer ball does not make a major difference in the game.

Batting gloves are a piece of equipment that is optional, but can make a huge difference if a player uses them. Tee ball batting gloves are no different than batting gloves you would use in baseball, but they are not used in tee ball as much as they are in higher levels of little league. Batting gloves help to keep a player’s grip on the bat but also serve many other purposes. Batting gloves are great for keeping your hands warm, providing comfort, preventing blisters, and most importantly absorbing shock if the ball is hit off of a weird spot on the bat.

A batting helmet is to be worn at all times by any player who is at bat or on the bases. Helmets are worn strictly to protect the players wearing them from pitches, throws, and batted balls. Although players do not get pitched to in tee ball, helmets are still required for the safety of the players. Often times, helmets will be provided by tee ball teams, leagues, or coaches, but if a player is more comfortable having their own helmet, they can be purchased at any sporting goods store.

Bats are one of the most important pieces of equipment in tee ball. This is because bats are what players use to hit the ball. Players are permitted to use aluminum and composite bats in tee ball, as long as they are certified under the USA Bat standard. As part of this standard, bats must be twenty six inches or shorter to be used in an official little league tee ball game. Having the right bat is extremely important because if the bat is too heavy/light or too long/short, it can affect a player’s swing and how they hit the ball during a game.

Although the ball is not pitched in tee ball, there is still a catcher on the field, and they still dress in full catcher’s gear for their safety. Tee ball catchers still handle plays at home plate and field balls that are hit in their area, but are not catching pitches. Catchers gear includes a chest pad, two leg protecting pads, and a mask that is similar to what a hockey goalie wears. All of this gear is more for when catchers are catching live pitches, but is still useful to wear in tee ball given the catchers’ proximity to the batter. Although the leg pads extend above the knee, they are made so that players can squat and get up quickly and easily from their stance when necessary.

Gloves, or mitts, are used by players in the field in tee ball and every level of baseball. Having a glove makes it easier to catch the ball, field it, and hang on to it when needed. Gloves are typically not provided, as every member of the team would likely need different sizes. There are also different types of gloves needed for different positions. For example, a catchers’ mitt has much more extra padding in it than an outfielders’ would because of the speed on the balls that they have to catch. Gloves are necessary to succeed in the field, and having the right one can make a ton of difference in how you play on the field. Tee ball gloves are much smaller than gloves you would see in other levels of baseball, but this is only because tee ball players are significantly younger.

The most popular shoe to wear while playing tee ball (or any level of baseball) is cleats. Cleats are important to wear so a players’ feet can have a good grip on the ground. Preventing any kind of slip or stumble is one of the biggest reasons to wear cleats, as they will dig into the ground and provide traction. One thing to watch for in tee ball is metal spikes and metal cleats are not permitted in tee ball. Shoes with molded cleats are recommended for tee ball and other young levels of little league. While they may be required as part of the uniform by some teams, cleats will not be provided by leagues or teams, so it is the duty of the player to have their own.

No tee ball game can be played without an actual tee. Tees are used in tee ball so that batters can focus more on the process of hitting the ball, and because many young players would not be able to pitch from the pitcher's mound anyway. Tee ball is more instructive than competitive, so utilizing a tee is a great way to work on a players’ swing while still seeing the results of a ball in play. Tees are also good for the fielders, as they see many more opportunities to make a play because it is much easier to hit off a tee than off a live pitch.

Tees are also used in higher levels of baseball, just not during the games. Batting tees are a very popular way to practice hitting because it takes the stress of seeing a pitch away and allows the player to simply focus on their swing and how they hit the ball. Tees have adjustable heights, so the same one can be used for the whole game/practice. Tees are also provided by leagues and teams in tee ball games.

Even at the youngest level of little league, uniforms are worn during games. Parts of the uniform include a jersey, baseball pants, a belt, socks, and hats. The league/team typically provides these items, so there is no stress in finding one for your child. However, other parts of the uniform such as cleats and accessories are not provided by the teams. Uniforms are important because they differentiate between the two teams in a game, and are part of any sport. Jerseys will typically feature the team name and/or logo and little leagues usually do a great job of having enough sizes available for every member of the team.