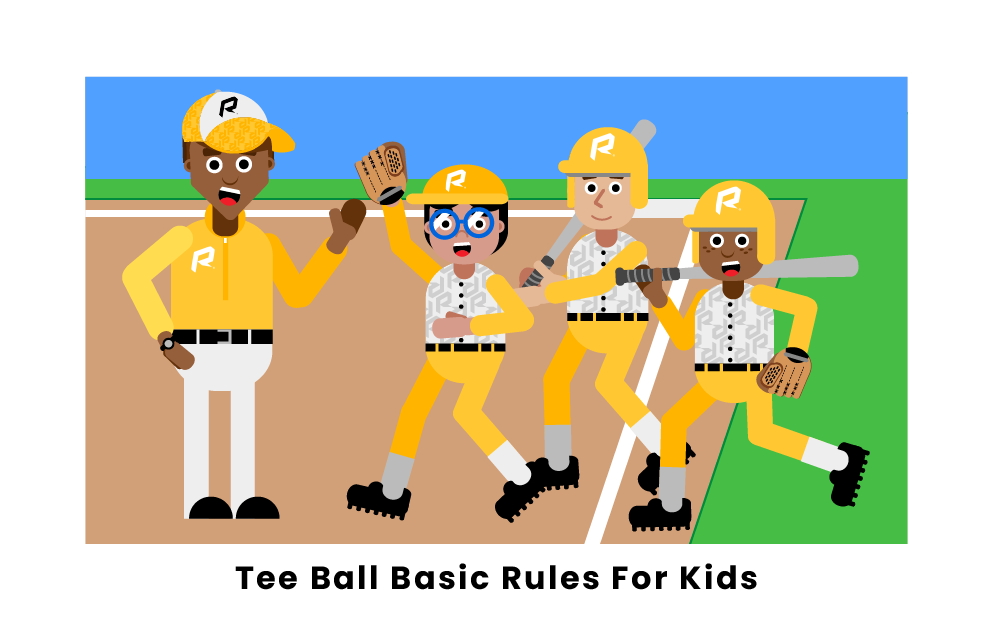 A tee-= ball game is made up of innings. In order for an inning to be completed, the teams must have each player bat once. The number of innings played depends on the number of players on each team.

Teams are usually between five and seven players, but can be played with more if both teams have more players.

There are four bases, known as first base, second base, third base, and home base. A player must run all the bases in the correct order to score a run.

While one team hits the ball off the tee to try and score a run, the other team is on the field, trying to prevent the hitting team from scoring by getting outs.

The main fielding positions are catcher, pitcher, first base, second base, and third base. The pitcher covers the middle of the baseball diamond where many balls are hit. The other fielders cover each base.

To win the game, a team must score more runs than the other team once all innings are completed.