What Taekwondo Weight Classes Are In The Olympics? 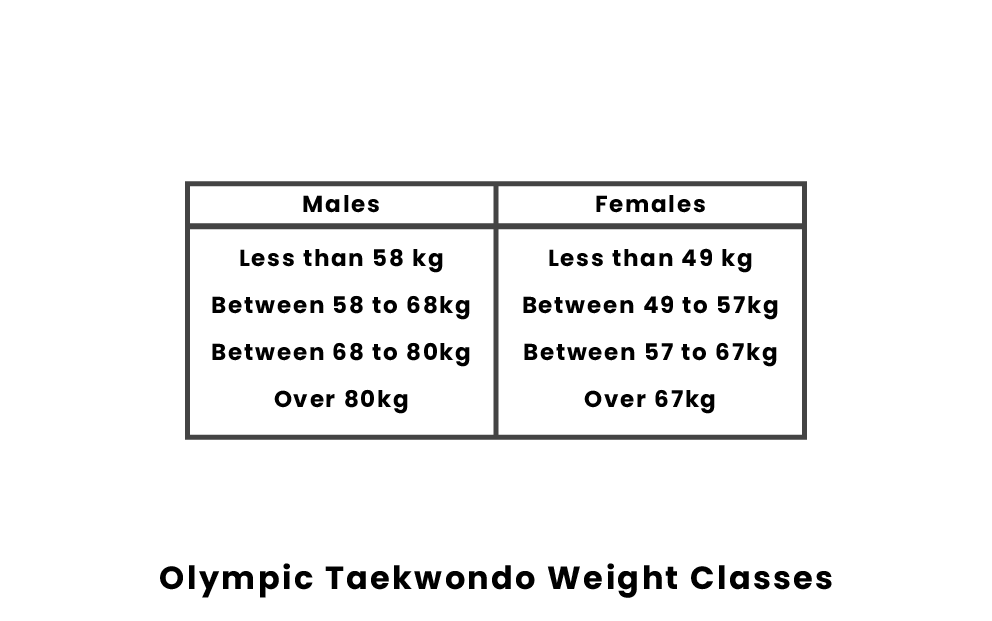 In Olympic taekwondo, there is only one “type” or set of rules that are abided by in all fights. The only differences between the bouts are gender and weight. There are a total of 8 medalling events from the sport of taekwondo, split four a piece between men and women. The men’s division ranges from 58 to 80-plus kilograms (~128 to ~176 pounds) while the women’s ranges from 49 to 57-plus kilograms (~108 to ~126 pounds). The weight classes can also be called by their other names: flyweight, featherweight, welterweight, and heavyweight.

Pages Related to What Taekwondo Weight Classes Are In The Olympics?