What Are The Simple Rules of Taekwondo? 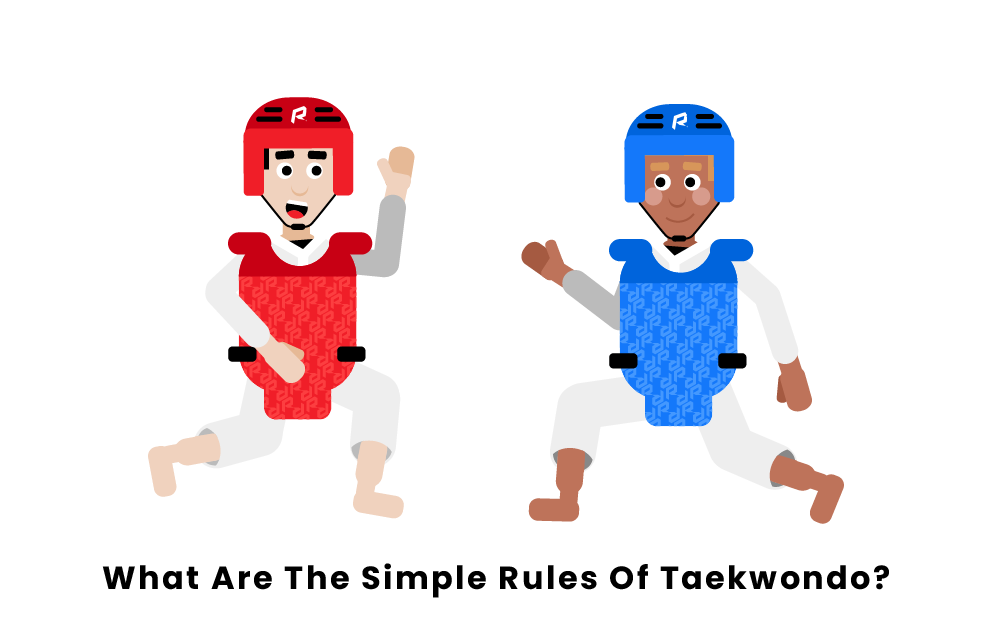 Taekwondo is a Korean martial art which literally translates to "the way of kicking and punching." Although the techniques are complex, the rules can be broken down in a simple way. The most basic rules include wearing protective gear, how scoring works, and how many rounds there are in a match.

To compete in a taekwondo match or competition, you must be wearing the correct and required protective gear. Protective gear includes head and trunk protectors, and groin guards for some competitors. These prevent serious injuries that can be inflicted by strikes. These pieces of protective gear must be worn alongside a white competition uniform, called a dobok.

To win a taekwondo competition you need to out land your opponent with kicks and punches. They are all graded based on their degree of difficulty, and you need to throw these strikes with force and precision or else they will not count. Here is how they are graded:

You can also win a competition by knocking your opponent out.

Rounds in a Match

In taekwondo competitions, there are three two-minute rounds, with one minute of rest in between rounds. These rounds take place on a standard 8x8 meter taekwondo mat, where all competitions are held. If a fighter exits the octagon, they will be given a penalty.

Pages Related to What Are The Simple Rules of Taekwondo?

How Does Scoring Work In Taekwondo?TaekwondoLearn Taekwondo
How Do You Score Points In Taekwondo?Top 5 Taekwondo BooksWhat are the rules of taekwondo?
PreviousNext