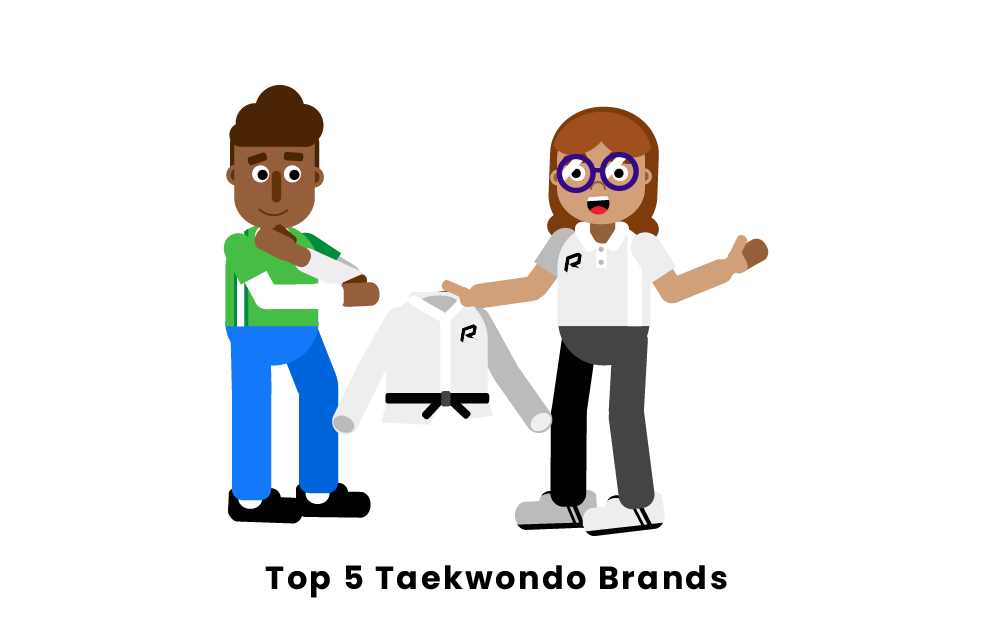 What are the most popular taekwondo brands?

Adidas is easily one of the biggest and most well known sports gear brands in the world, with products for all different modalities, including taekwondo. The German brand can provide you with all the equipment you need to practice taekwondo, starting with the taekwondo uniform, or dobok. However, Adidas' most popular taekwondo piece of equipment is its Martial Arts shoe. The Adidas Martial Arts shoe can be used not only by taekwondo athletes, but also by those who practice karate. Being such a well-known and established brand in the market, it is no surprise that Adidas' taekwondo equipment is high quality and praised by those who practice it.

Daedo, or Daedo International, is a Spanish martial arts equipment manufacturer with a global presence in judo, taekwondo, and karate. Daedo is certainly one of the biggest brands in martial arts. For taekwondo, you can find a huge variety of items, from practice gear to the highest level of competition equipment, at great price options. Whether you are just starting out and getting your first dobok, or a professional looking for some very specific training gear, Daedo can be the place to look. Since 1987, the Spanish company has been the official sponsor and supplier of the taekwondo world championships, yet another proof of the quality of its equipment.

Much like taekwondo itself, Mooto is a brand that was born in Korea and spread to the world. The brand has an innovative message, and a mission to share the values of martial arts throughout the world, while improving itself through research. Through its sport equipment, Mooto is a representation of the Korean culture. Besides South Korea, the brand also has stores in 12 other countries spread across 5 continents. To expand its international footprint, Mooto is also the official sponsor of the National British Taekwondo Team, and many other successful athletes have worn their taekwondo equipment. In addition to the equipment needed to practice taekwondo, they also sell some streetwear, including backpacks and jackets.

Kwan is a German company founded in 1976, as a manufacturer of martial arts gear. Today, almost 50 years later, the company's headquarters are still in Vierkirchen, Germany, but the brand is sold globally. Through its partners and international stores, Kwon equipment can be found in more than 100 countries. While they also sell equipment for modalities such as MMA and Capoeira, Kwan's taekwondo options are varied. They aim to provide accessible equipment at a very affordable price-range. Similar to other martial arts brands, Kwon aims to teach and spread values and lessons acquired through sports like taekwondo, such as fairness, tolerance, physical and mental health, respect, and self-defense.

While most brands in this list produce and sell taekwondo gear like pads, uniforms and shoes, KPNP has a different focus. The Korean company specializes in the technology side of taekwondo, selling electronic body protectors and game operation systems; both of which are massively important to modern taekwondo. KPNP's motto is "Lead the Way," something the company has been doing since it was founded back in 2007, by being one of the pioneer technology companies in taekwondo. KPNP's products serve not only as an aid to help referees and athletes, but they also make taekwondo a more accessible sport to those who don't practice it by making scoring fluid and easy to understand.