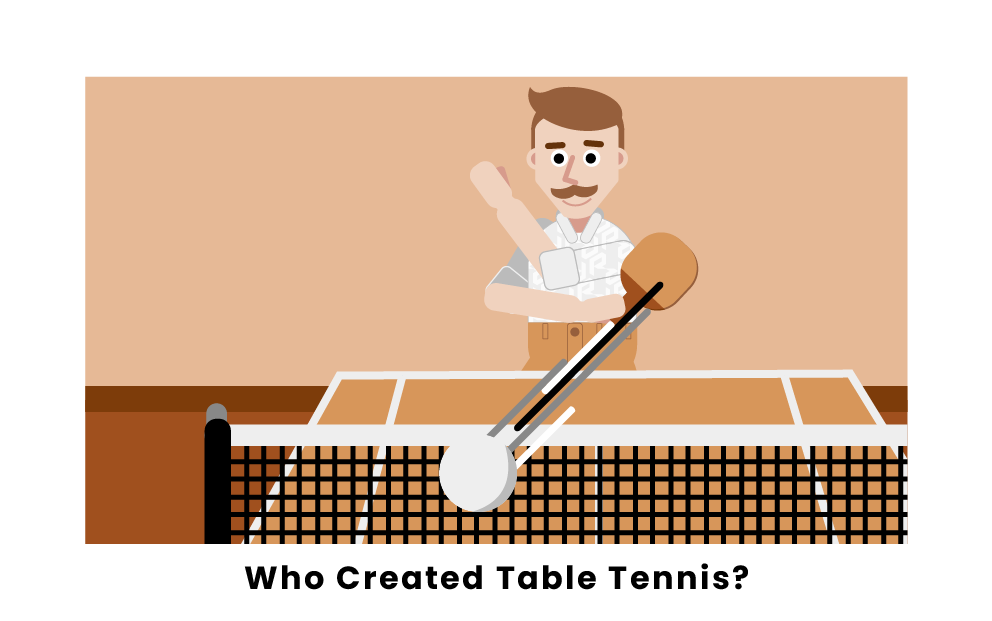 Table tennis has always been considered a highly competitive game, even in a recreational setting. Variations of the sport have existed for centuries, but table tennis has evolved over time to become the game it is today. Read on to learn about who created the sport of table tennis and when it was invented.

Table tennis originated in the United Kingdom in the late 19th century. The first generation of table tennis players belonged to middle-class Victorian society, which was inspired to create the game after watching lawn tennis (now known as just tennis). The first game was played using a champagne cork as the ball, cigar boxes as paddles, and a stack of books to make a net. At this point, the makeshift game was merely seen as a way to distract the wealthy from work or other life obligations.

In 1890, Englishman David Foster, attracted by the wide appeal the game had garnered, introduced the first game of table tennis on an actual table. Seven years following Foster’s innovation, table tennis held its first national championship tournament in Hungary. In 1901, following a trip to the United States, James Gibb brought back the first version of a celluloid ball, which was much lighter than the rubber ball that was previously used during competition play. In 1902, E.C. Gould brought back the first model of paddles featuring rubber ridged dots on both sides.

David Foster had a monumental role in elevating the game of table tennis to where it is today, but he is not credited as the sole inventor of the game. After Foster held his first game of table tennis in 1890, others created alternative versions of Foster’s original concept. In 1891, John Jaques & Sons came up with a table tennis variant called “gossima.” Gossima is similar to table tennis but uses slightly different equipment. Regardless of their different equipment, both variations had a difficult time finding success in growing the reach of their game. For gossima, the issue mainly stemmed from the cork ball’s inability to bounce. Alternatively, Foster’s rubber balls were bouncing too much, which messed up the pace of the game. These problems were ultimately solved with the introduction of celluloid balls. In 1900, Jaques & Sons invented the game called ping pong, which eventually was recognized as the main variation of table tennis and trademarked its name. 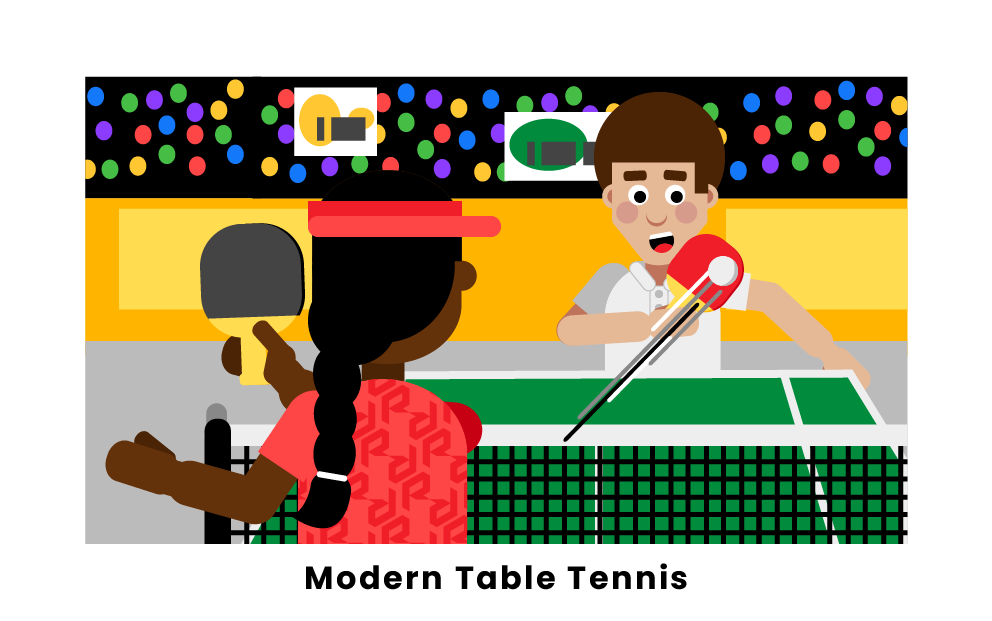 After ping pong was trademarked by Jaques & Son in 1900, the game slowly grew on a global scale. In 1926, ping pong got its first official set of rules, thanks to the formation of the International Table Tennis Federation (ITTF). Seven years later, the US Table Tennis Federation, now called USA Table Tennis, was created in 1933. Over the years, new rules were put into place, and the equipment used in table tennis changed to enhance the overall experience of playing the game. Since 1988, table tennis has even been an official sport in the Summer Olympics. There are also numerous pro tours held by the ITTF and USATT featuring the best table tennis players in the world.

The official inventor of table tennis is John Jaques & Sons. They created the variation of table tennis that is still most popularly used today and even formally trademarked the name “Ping-Pong” in 1900. However, David Foster is technically the first person to organize an official table tennis match.

Who is the father of table tennis?

What was the first ball used in table tennis?

The first-ever variation of a table tennis ball was actually a champagne cork. People would hit the cork using cigar boxes over a small stack of books. Eventually, rubber balls were introduced, which often bounced too high and made it more difficult for players to maintain rallies. Celluloid balls were used for over 80 years after being introduced in 1901. However, as of 2014, the ITTF began promoting plastic balls, which are now the official table tennis balls.