What Are The Types Of Serves In Table Tennis? 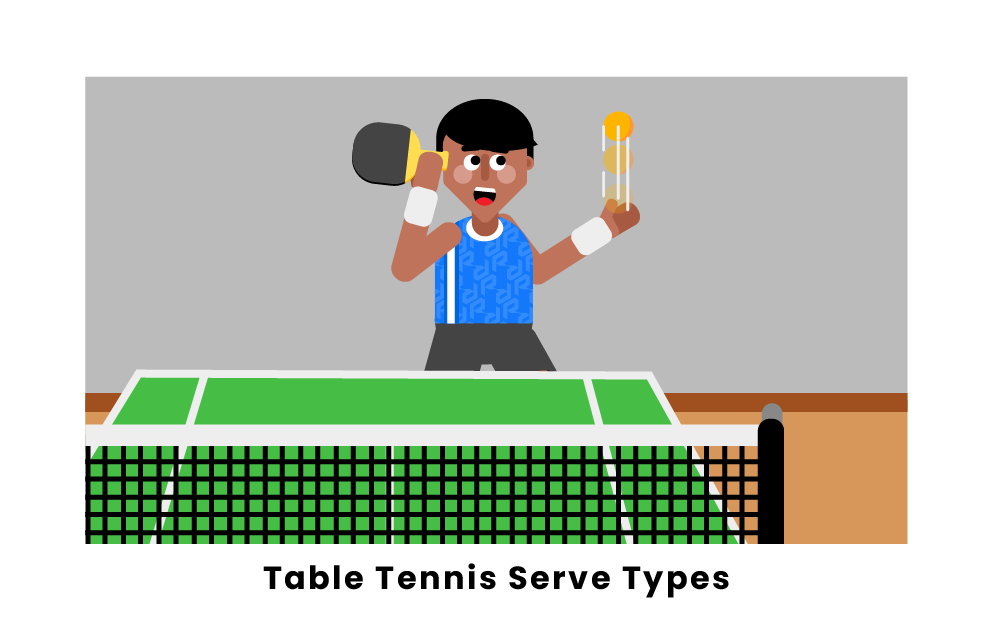 In a table tennis match, most of the focus is on the rally. However, no table tennis match is complete without the serve. There are various different types of serves in table tennis, each with its own challenges and benefits. Read on to learn about the many types of table tennis serves and how you can use them to improve your game. 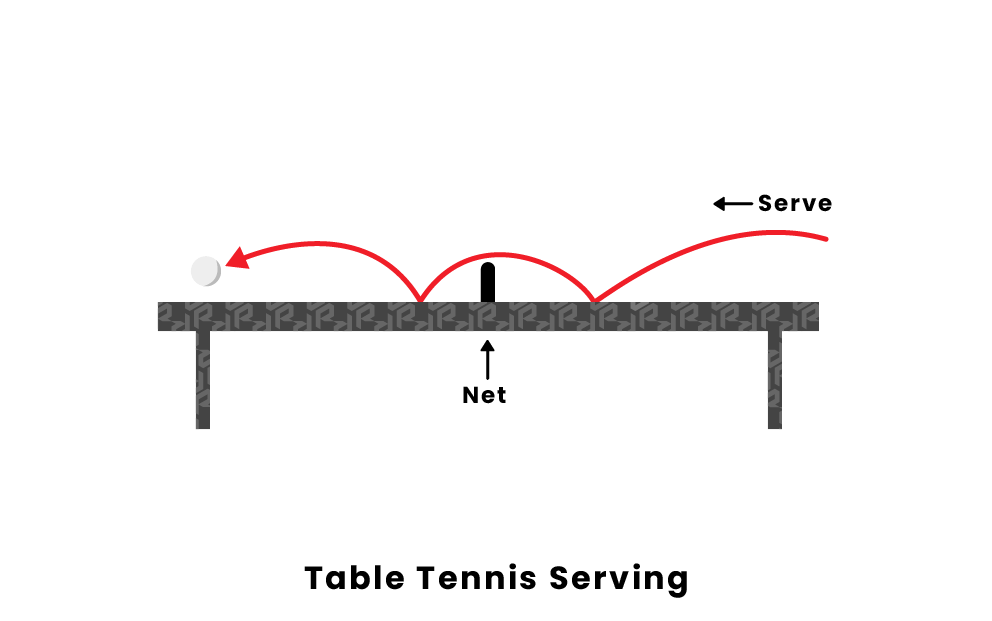 A serve in table tennis is used to start each rally, and is done by hitting the ball from a player’s free hand and striking it into play with the paddle. The serving player must strike the ball so that it hits their own side first, clears the net, and then lands on their opponent’s half of the table.

There are many different techniques and strategies that can be used while serving. Each technique has a different impact on the ball upon delivery and can be applied based on your strengths or your opponent’s weaknesses. Here’s a list of the different serving techniques:

There are a wide variety of table tennis serves to meet any table tennis player’s personal preference. Here is a list of serve types in table tennis that we’ll cover: 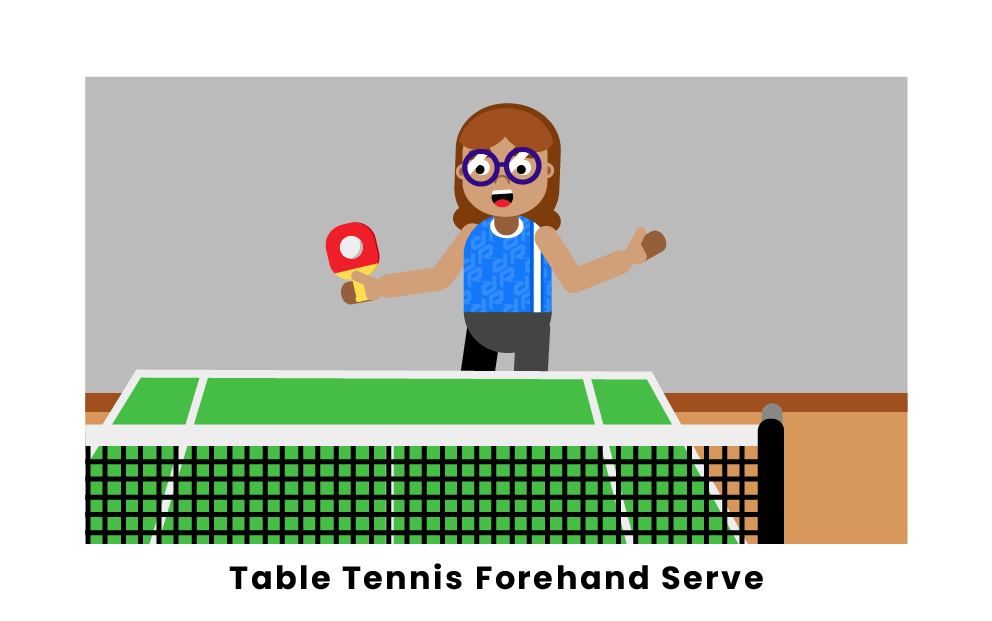 Forehand serves in table tennis are the most commonly used approach to serving, specifically for beginning players. A forehand serve is when a player starts their swing on their strong hand side and finishes their swing across their body. For example, a right-handed player would swing to the left side of their body, and a left-handed player would swing to their right. While serving, a player can apply different spins on the ball by striking it at different angles and applying wrist action. 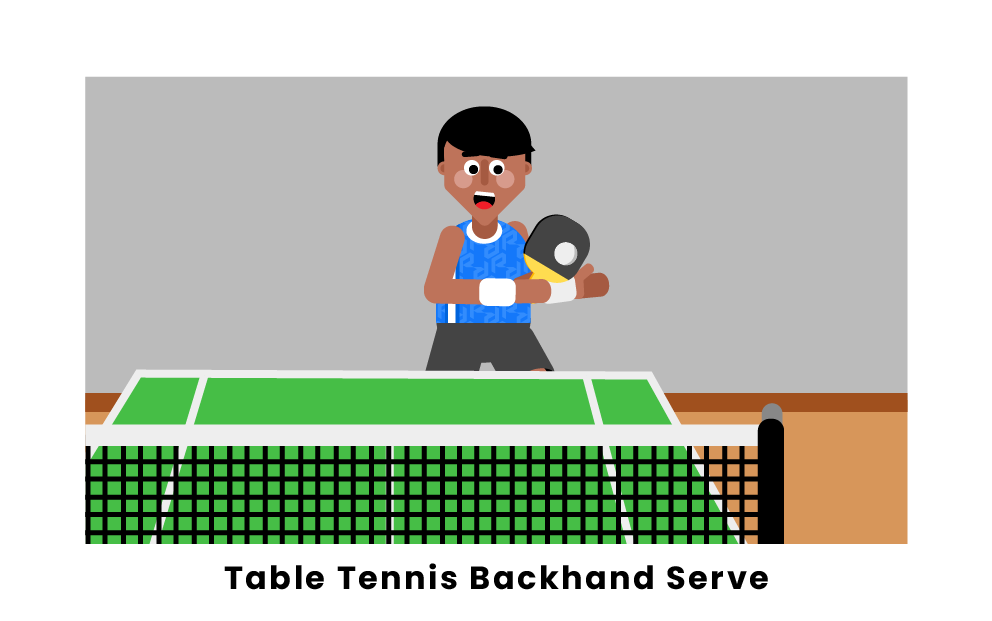 Backhand serves in table tennis refer to a player starting their swing across their body and finishing on their paddle side. A right-handed player will start their swing on the left side and swing right, and vice versa for a left-handed player. Backhand serves are less common than forehand serves at the recreational level, but they can be very useful to help mix things up when serving to an opponent. Backhand serves put different types of spin on the ball. Wrist action and the angle of the paddle will affect the spin on the ball in a different manner than a forehand strike would. 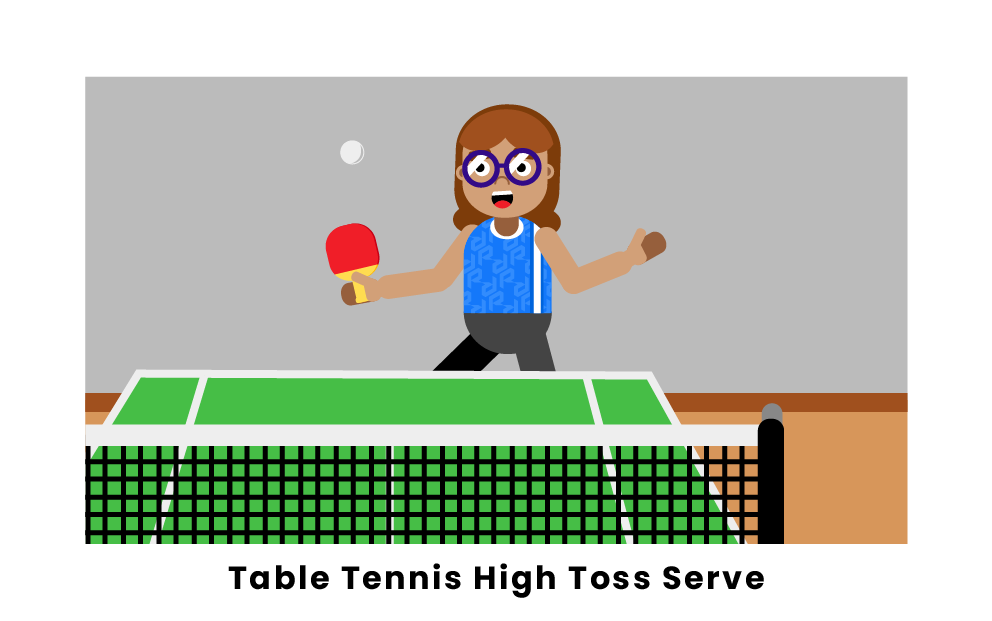 High toss serves in table tennis are a good technique for applying a lot of spin to the ball. This technique is commonly done with a player’s forehand and requires the player to throw the ball in the air before striking. The force from the falling ball and the player’s arm action upon striking the ball will result in a serve with lots of spin that is often hard to react to. This is a very common serving technique, especially at a professional level.

One of the most common serving techniques in table tennis is the backspin serve. Backspin serves can be performed with both the forehand and backhand. This serve is performed by striking the bottom of the ball in order to apply backspin to the ball. A well-executed backspin serve will land close to the net on the opponent’s side of the table, which is difficult to return. In addition to striking the bottom of the ball, a player can apply a lot of spin on the ball if they are able to use a lot of wrist action.

The pendulum serve in table tennis is another very popular serving technique due to its many different variations. This serving technique is also favored due to the control the player has while serving. For this serve, you will throw the ball up a few inches in the air and strike the ball with a forehand swing. Your paddle angle will affect which direction the ball will spin, and your wrist action will affect the amount of spin. The serve can be executed so that the ball lands anywhere you choose on the table, which will keep your opponent on their toes. 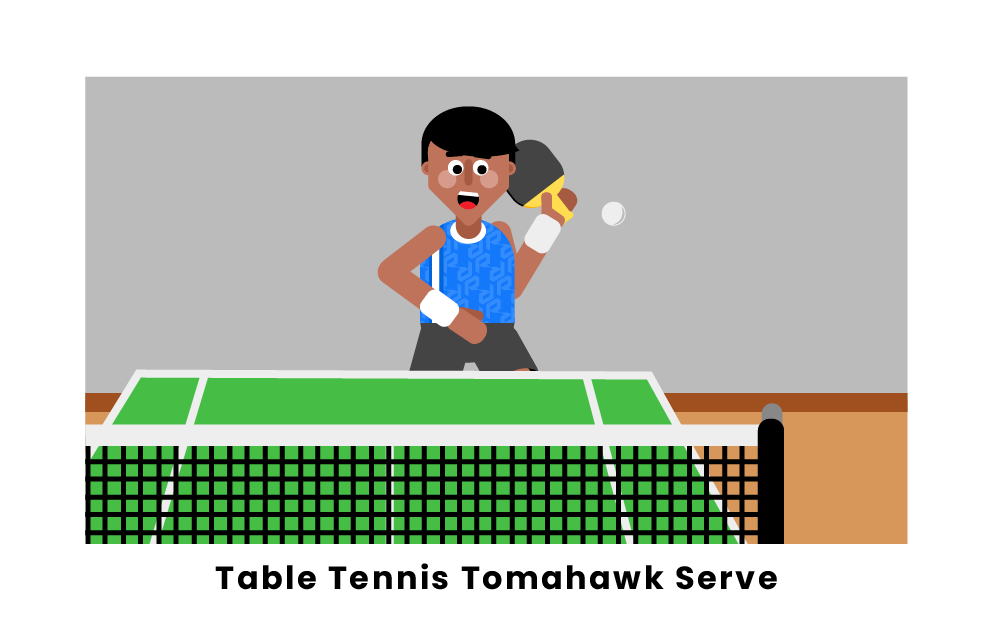 The tomahawk serve in table tennis is a common serve, especially at the professional level. The player throws the ball up and then strikes the ball while it is close to their body. It is known as the tomahawk serve for its resemblance to how Native Americans would swing tomahawks in Old Western movies. The serve has many different variations, which makes it a common style for players. Just like the other serves, different paddle angles and wrist action can be applied to keep your opponent on their toes. 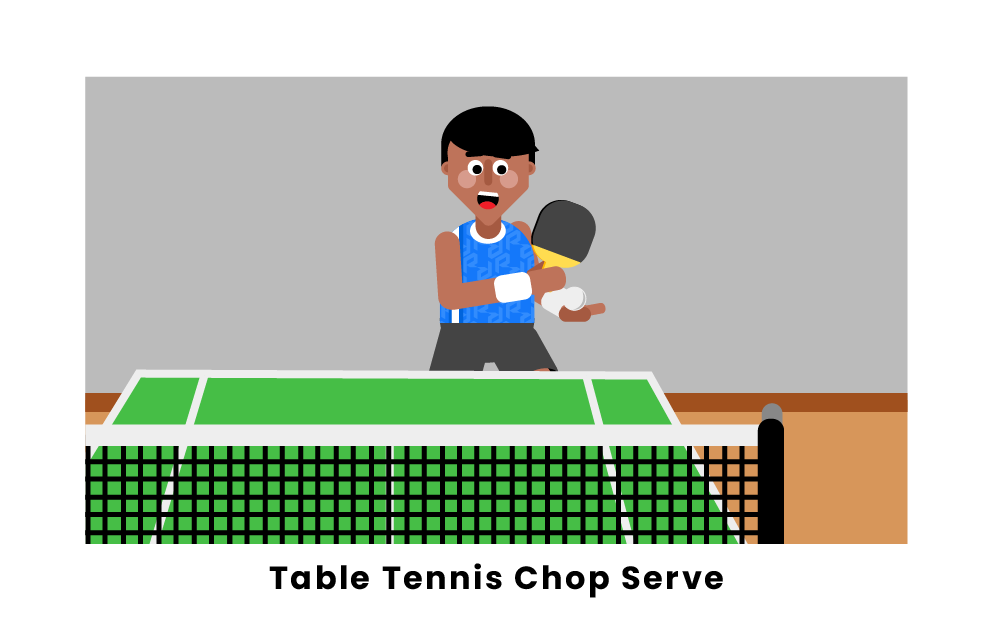 The chop serve is similar to the backhand serve, except that you only throw the ball in the air a little bit. After throwing the ball slightly in the air, the player should carve underneath the ball in an attempt to put a lot of backspin on the ball. This serve can be performed either forehand or backhand and is designed to keep the opponent off balance by placing the ball close to the net.

What is the best serve in table tennis?

In reality, there is no single best type of serve in table tennis, and each player will prefer different serve types than others, while certain serves may be easier to master for some. In higher levels of table tennis, serves that can combine different aspects such as spin types, paddle angles, and positioning will often be difficult to predict. In other cases, simple serves that can consistently keep your opponent off balance can be the best.

What table tennis serve is best for beginners?

The best table tennis serves for beginners are the basic forehand and backhand serves. These styles of serving don’t require any complicated techniques, such as throwing the ball in the air, allowing for easier mastery by beginners. The best serves for rookie table tennis players are serves that keep things simple, allowing beginners to hone their skills and avoid spending too much time focusing on the serving portion of the game.

What makes a good serve in table tennis?

The main aspects that make for a good serve are accuracy, power, and plenty of spin. Accuracy allows the server to pinpoint where they’d like the served ball to land on the opponent’s side of the table, which can enable the server to target the opponent’s weaknesses. Power in a table tennis serve enables the server to give their opponent as little time as possible to react and hit the ball back. Lastly, spin on a table tennis serve can cause the ball to move in unpredictable ways.

Pages Related to What Are The Types Of Serves In Table Tennis?