What Are The Rules Of Table Tennis? 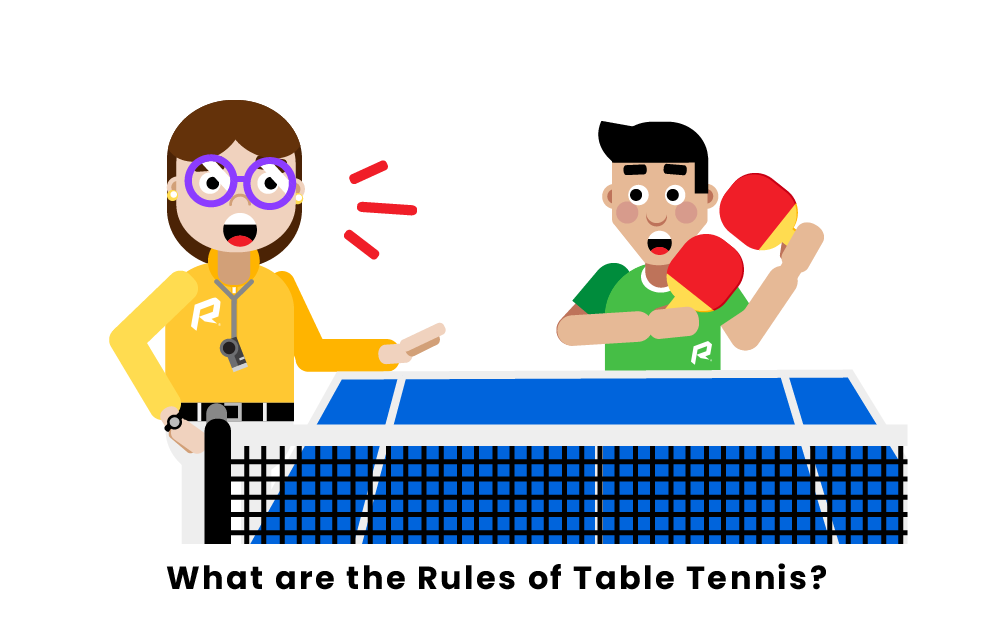 A standard game of table tennis is played until a side reaches 11 points. The team to first reach 11 points has to win by 2 points. If the score is 10-11, the winner is only dictated once a side is up by 2. This is much like a deuce in tennis; once the score hits 10-10, if a side goes up one, it is very similar to an advantage in regular tennis. Then, of course, going up 2 achieves the victory.

There are multiple ways that a score can happen in table tennis. Briefly, a score is when an opponent cannot return the ball or does so in an illegal way. The most simple instance is when one hits it to the opponent's side of the net and the ball goes off the table (in any direction). If the ball is to bounce twice on one's side, this also results in a point to the other player. A misserve also results in a point for the receiving side; contrary to popular belief, there is no fault system like there is in regular tennis.

The two sides alternate serve every 2 points. When a score of 10-10 is reached, the serve alternates every serve. If it is game point, the serving side can lose on a serve.

Once a game has concluded and one player has come out victorious, the players switch sides of the table. The player to serve first each game alternates in the same fashion as well.

The serve can go anywhere on the table, it needs to bounce once on each side of the net to be legal, that is it. If a player serves the ball and it hits the top of the net on its way traveling to the other side, it is considered a "let." On a normal rally, the ball can hit the net, while still being a legal return (hitting the other side of the table) and it does not stop play, but when a let happens, I like to think of it as a "re-do." A let can technically happen an unlimited amount of times and play will still resume; there is no limit as to how often a let happens.

Regarding a player's hands, if the ball hits one's paddle hand during the rally, if all else is within legal play, it is not illegal. One's non-paddle hand cannot touch the ball or table, though.

Doubles table tennis has the same rules as singles, there are a few differences, though.

One of those is that each player on each side needs to alternate serves. So during one team's 2-serve stretch, no one player can serve twice. Then, once that team has served a total of 2 times, the players on that team switch sides.

Another particularity of doubles is that when rallying, players on each side must alternate returns; that is, on a given side, one player returns, then the other returns the next available ball, and so on. This implies that when a team is serving, the non-serving player returns the hit after their team member's serve. Even if an opponent hits the ball to the teammate who has previously hit it, the teammate whose turn it is to hit it, must get to it, if they don't, it is, of course, a point for the other team.

Can you put spin on a serve?

It might be easy to think that putting spin on a ball is illegal because of the conventions of a serve. It is possible, however, even still serving in a legal way. Putting spin on a ball is dictated by how one hits the ball with the paddle; the angle, the speed with which the paddle is swung, and other factors. It is legal to put spin on serves as well as regular rally returns.

What happens if the ball sails off the table and unwantedly hits the player or their paddle?

Now, if the ball has such crazy backspin that it bounces back to the side of the player who spun the ball after hitting the side of the table of the intended returner, that counts as a point to the spinner.

What happens if the ball hits the top corner edge of the table and it changes direction?

Pages Related to What Are The Rules Of Table Tennis?