How Does Scoring Work In Table Tennis? 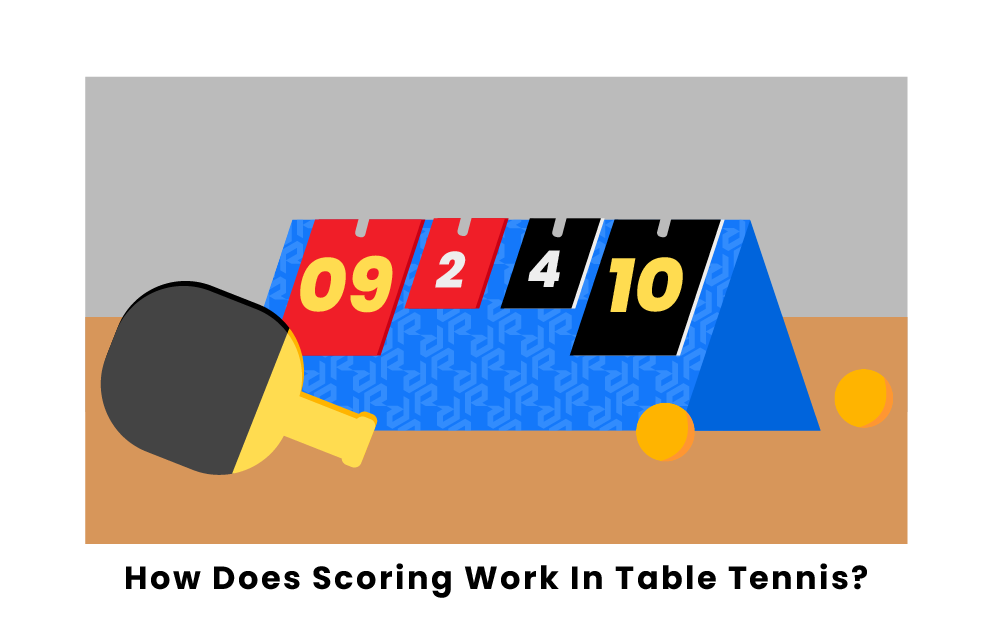 As a smaller version of tennis, table tennis follows very similar rules to the standard game. This means that the scoring system used in table tennis is fairly easy to follow because, just like in regular tennis, only one point can be scored by a single player at a time. A point is scored when the opposite player cannot return the ball back to the other side over the table’s netting.

Like most sports, the score begins at 0-0, and the designated server will begin in possession of the ball. Each player gets two serves before the ball possession switches to the opposing player, alternating in this way until the game ends.

In the case of the ball touching the netting in the middle because of a player’s serve, a let serve is called, and no point can be earned for that serve. If the ball contacts the net within a rally but passes over to the other side, then the rally will continue. If the ball hits the net and does not make it over, then the opponent will earn the point for that rally.

How To Win In Table Tennis

To win a full game of table tennis, an individual player must win the majority of the games played throughout the entire table tennis match. Each standard match consists of five games total, and therefore, the player that is able to win three games first will be named the winner of the entire series. To win a game, a player must earn a minimum of 11 points. However, earning a minimum of 11 points is not the only requirement needed to win the overall game.

In the special case of a 10-10 tied game, each player will only serve once, alternating back and forth, instead of two times before alternating. Once a two-point lead has been reached past the 11-point mark, the game will end, and a new game will begin until the match has been completed.

Can you only score on your serve in table tennis?

In table tennis, both the server and the defending player are able to score points. However, it tends to be easier for the server to earn the point because they are in possession of the ball. If the opponent is able to return the ball, a rally will begin, and any player is capable of earning the point for that serve.

What happens when a table tennis game is 10-10?

When a table tennis game is tied at 10-10, the service will alternate between both players until one has a two-point advantage over the opponent. Therefore, a score of 11-10 is not a winning score in table tennis but a 12-10 score is.

How do you lose points in table tennis?

In table tennis, players cannot lose points, meaning points that have been earned cannot be taken away from them. However, a point can be lost in the sense that, for each serve, one point is available to be earned by both players. Therefore, if the player is unable to return the ball back over the net, or if the ball is hit and does not hit the table, then the opposing player will earn that point.

Pages Related to How Does Scoring Work In Table Tennis?