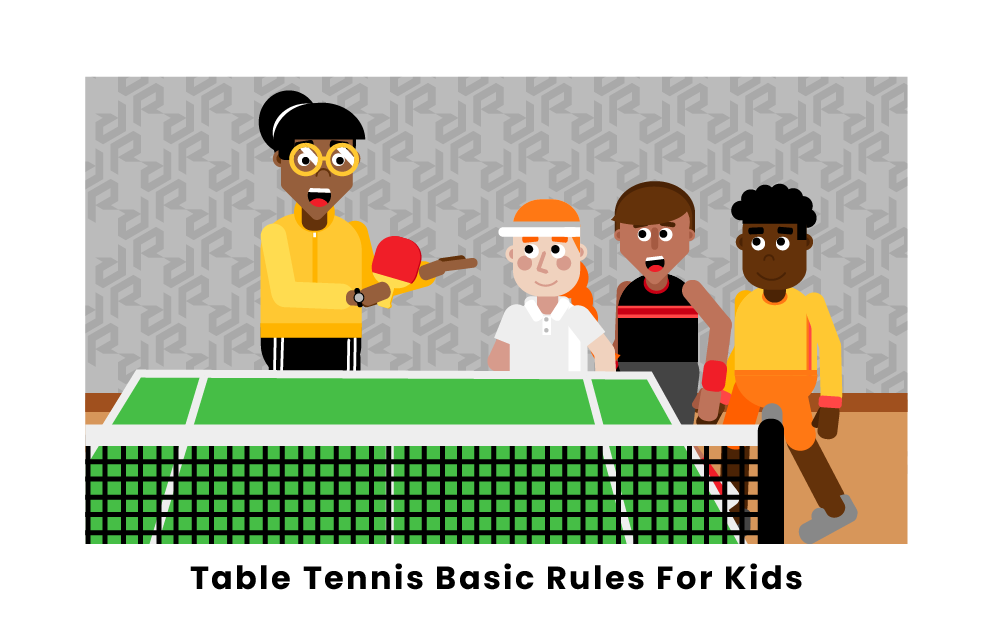 Table tennis, also known as ping pong, is a miniature version of tennis.

The game is played on a rectangular table with a net that divides the table into two halves.

Players hit the ball using paddles, which generally have a red side and a black side.

Players toss the ball into the air before they hit the ball to the opposite side of the table.

Players score one point when their opponent is unable to return the ball to their side of the table.

Players also score a point if their opponent hits the ball before it bounces on their side of the table.

The serving player switches after the server has served twice.

Tennis table matches consist of a series of games.

For each game, the first player to reach 11 points wins, but a game must be won by at least two points.