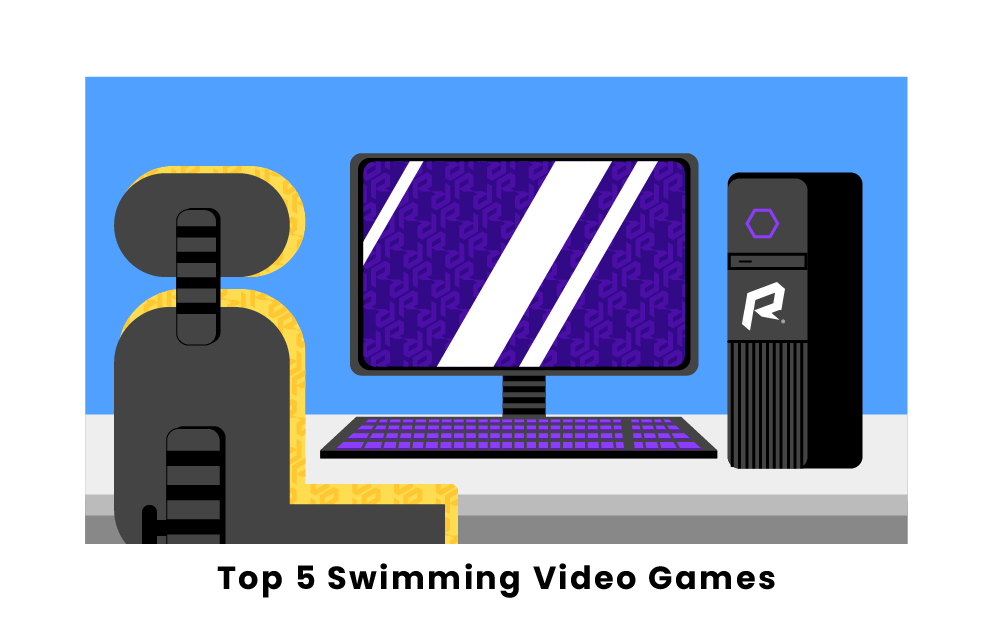 What are the most popular swimming video games?

At the top of our list is Olympic Games Tokyo 2020. While the actual games got delayed to 2021, sports fans got to enjoy the Olympic games at home. The game released in 2019 for the Nintendo Switch, PlayStation 4, Xbox One, and Microsoft Windows.

The swimming in this game is some of the most realistic to be released. This game actually takes into account a player’s stamina while swimming. Users will have to watch the pace of their swimmer in order to maintain a lead. Gamers also get to build their own athlete to compete in the games.

Another great swimming video game is the London 2012 official Olympic video game. This game was released in Summer 2012 for the PlayStation 3, Xbox 360, and Microsoft Windows.

In this video game, Sega (the creator) also experimented with the swimming controls. In London 2012, players have to do a mix of fast button pushing and hitting buttons in a particular rhythm. Users have to figure out the perfect timing for the different swimming events. Although the game features many other sports, swimming is certainly a fan favorite in this video game.

Next on our list is Beijing 2008. This was the first official Olympic game to be released by Sega. This video game was released in 2008 for the PlayStation 3 Xbox 360, and Microsoft Windows.

Although the video game features many of the classic games, swimming and track and field are considered the best aspects of the game. In swimming, users have to press the buttons as fast as they can to win. This can be challenging to maintain and is tough on the hands. However, it is a fun game to watch friends play as they struggle throughout the long races.

Next up is a more family friendly version of the Olympic games. Mario and Sonic at the Rio games is the only official video game to be released with the 2016 Olympics. It was launched in 2016 as an arcade game and for the Wii U and Nintendo 3DS.

This video game features the 100-meter freestyle swimming event amongst other famous events from the game. Users can play against other characters from the iconic Mario and Sonic world. However, the part that is best for young players is that throughout the game there are characters from other countries that teach players about their country’s culture.

Last is one of the few video games that focuses solely on swimming. Michael Phelps: Push the Limits was released in 2011 for the Xbox 360.

In this video game, users can utilize the Kinect technology to feel as though they are actually swimming. Players can train while receiving motivation from Michael Phelps to master their form and strategies. Users can also play in the career mode where they can compete to climb the professional swimming ranks. Gamers can play alone or with friends to see who is the best swimmer.