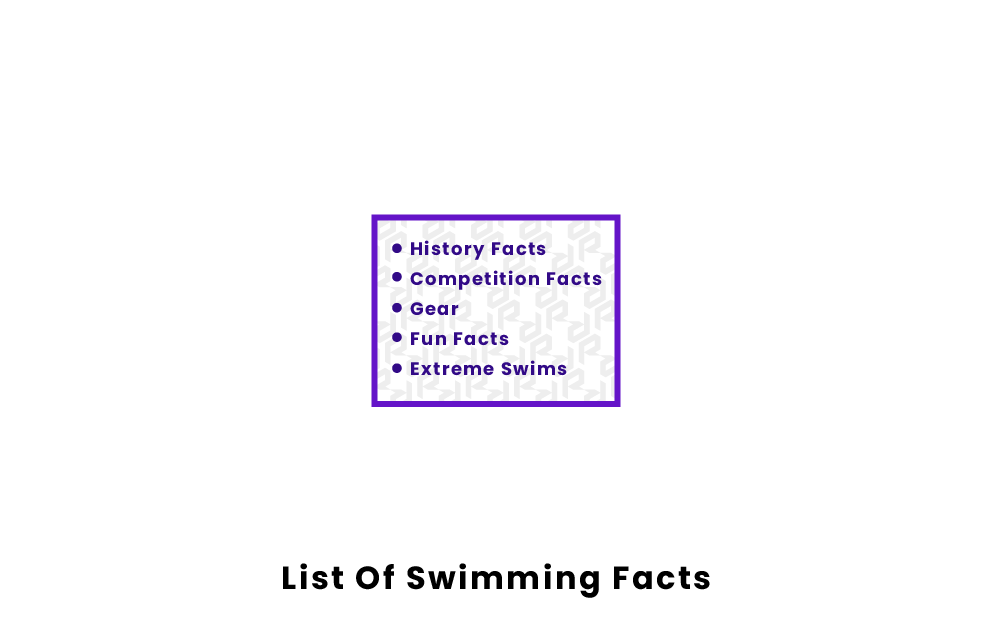 Swimming has essentially been around for as long as people have been. Human beings have always interacted with water whether it be for sport, hunting purposes, transportation purposes and more. Over centuries, swimming has evolved into one of the most watched sports across the entire world.

Goggles: Today, high quality goggles are used by every competing professional swimmer. By design, the goggles are used to keep the pool's chlorine or the ocean's salt out of the swimmer's eyes. These things can harm the swimmer's eyes but also hinder their performance. A swimmer does not want to be worried about their eyes stinging when they are in the highest levels of competition. Goggles also provide clarity for the swimmer's when they are underwater. This helps them be more aware of their position in the pool during practice or races.

Swimming Caps: Swimming caps aim to achieve the same goal as shaving your head for swimmers that do not want to commit to the new look. The swimming cap flattens the swimmer's hair down so it is as close to their body as possible. This, and the material the caps are made of, increase the swimmer's ability to be aerodynamic in the water. This leads to faster race times and better performances.

Swim Fins: Swim fins are the large webbed coverings that swimmers wear on their feet while training or less often while competing. Swim fins have many benefits for swimmers but the main one is that it improves the swimmer's technique. This is because the fins take away the need for strength by assisting them in moving forward, so it leaves room for them to focus more on the technique part.

The best swimmers in the world have a very strict training schedule. They often swim around 10 miles every single day.

Swimmers often shave their entire bodies before a competition. Although this may sound silly, it's proven that removing the hairs from all over the swimmer's body actually makes them more aerodynamic. This helps them glide through the water smoothly and quickly, and can give them a slight competitive advantage.

More than half of Americans cannot swim! Swimming does not necessarily come naturally to people, and many times is learned during one's childhood. If people do not receive swimming lessons in their young age, it is dramatically less likely that they will ever learn to swim.

The first ever swimming goggles were invented for pearl divers and were made out of polished tortoise shells. Today, there is a huge market for high performance swimming gear, and it is so interesting to think of its humble beginnings.

Some swimmers can hold their breath for an extraordinary amount of time. This is due to the fact that they are constantly conditioning their lungs in the pool. Swimmers can move more efficiently through the water when they only have to come up for air at strategically beneficial times.

Swimmers dehydrate easily. It's easy to forget to drink water after hours of swimming in a pool, and sometimes, forgetful swimmers are harmed by this! While swimming, you are exerting a lot of energy! Many of your muscles are all working together, and your cardiovascular system is being pushed to its limits. You are actually sweating, therefore losing water, quite a lot, but it's easy not to notice while in the pool.

Some swimmers decide to step away from conventional competition and instead use their skills to push and define what is humanly possible. There are long distance, endurance swimmers who have sought to push themselves and do what no one else has done before.

Martin Strel was the first reported man to swim the entire length of the Amazon river. This ended up being over 3,200 miles. The swim lasted 66 days, with Strel swimming for around 10 hours everyday. Not only is this distance remarkable, but Strel also had to deal with the dangers that the river brought. There were strong currents, and possibly dangerous wildlife along the way that made Strel's journey even more risky.

Croatian man, Veljko Rogošić, holds the record for the longest open water swim done without flippers. This is extra impressive because it means that the swimmer had to rely solely on his own strength and was unable to even use the flippers to make his journey easier. Rogošić swam 140 miles from Grado to Riccione on the coast of northern Italy. This lasted over 50 hours. (The Active Times, 2016)

The title of longest swim ever belongs to Ben Lecomte. Lecomte swam from Tokyo to San Francisco. This covered a distance of over 5,500 miles. Lecomte reportedly trained specifically for this expedition for 3 entire years before he tried it. This swim lasted 6 whole months, and Lecomte spent at least 8 hours of every day actively swimming.