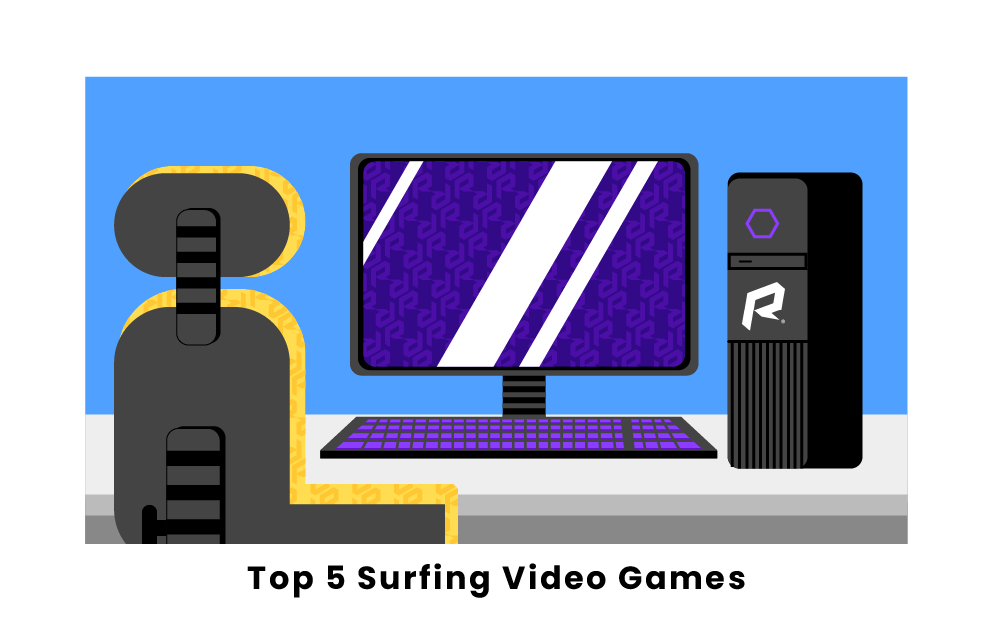 What are the most popular surfing video games?

Kelly Slater's Pro Surfer is at the top of this list as it's a fan favorite among surfers. The game had a wide release in 2002 as it was available for the PlayStation 2, GameCube, Microsoft Windows, GameBoy Advance, and Xbox.

What fans love most about the game is the unique controls users can combine to make cool tricks. Another fun aspect is players can surf around the world with locations in South Africa, Hawaii, Australia and many more. Surfer fans will love the numerous professional surfers in this game in addition to its main star Kelly Slater.

The second best surfing game is Surf World Series. This video game was released in 2017 for the PlayStation 4, Xbox One, and for downloads on Steam. The game is loved for its beautiful locations to surf at that are modeled after actual popular surfing destinations.

The five shorelines are in Australia, Hawaii, Portugal, Brazil, and South Africa. The game also features the real life adrenaline of surfing as any player that wipeouts has to start all over again. Players can complete individual challenges or compete in online tournaments against up to 15 other surfers in order to climb the leaderboards.

TransWorld Surf is another popular video game for surfing fans. The game was released in 2002 for the GameCube, PlayStation 2, and Xbox. This video game focuses on being realistic while adding some unique features to make it an interesting gaming experience.

One of the most unique aspects is that the game includes a "karma meter." If while surfing a player bothers other surfers or marine life, bad things will happen in return, maybe even a shark attack. However, if gamers play nice, they'll enjoy a fun surfing session at one of the ten beautiful locations from across the world featured in TransWorld Surf.

California Games is an early video game that features warm weather sports such as surfing. It was released in 1987 originally for the Commodore 64 computer and eventually for Apple ll, Nintendo Entertainment System, and the Sega Mark 3.

California Games was one of the first successful surfing video games to be released. Players would try and maintain a decent speed while riding the wave and performing tricks. One interesting aspect is that if a player wipes out, a shark appears with the Jaws music playing in the background. This definitely added an incentive for players to stay on the board.

Last on our list is another really fun surfing game that has remained a fan favorite throughout the years. Sunny Garcia Surfing was released in 2002 for the Xbox, PlayStation 2, and Gamecube.

The game plays on some real surfing experiences like the characters available. Sunny Garcia is of course included as well as other professional surfers. However, the game makes it their own by taking place on a made up island near Fiji. This island has huge waves that make it perfect surfing conditions. However, surfers still have to watch out for other problems like sharks and jet skis.