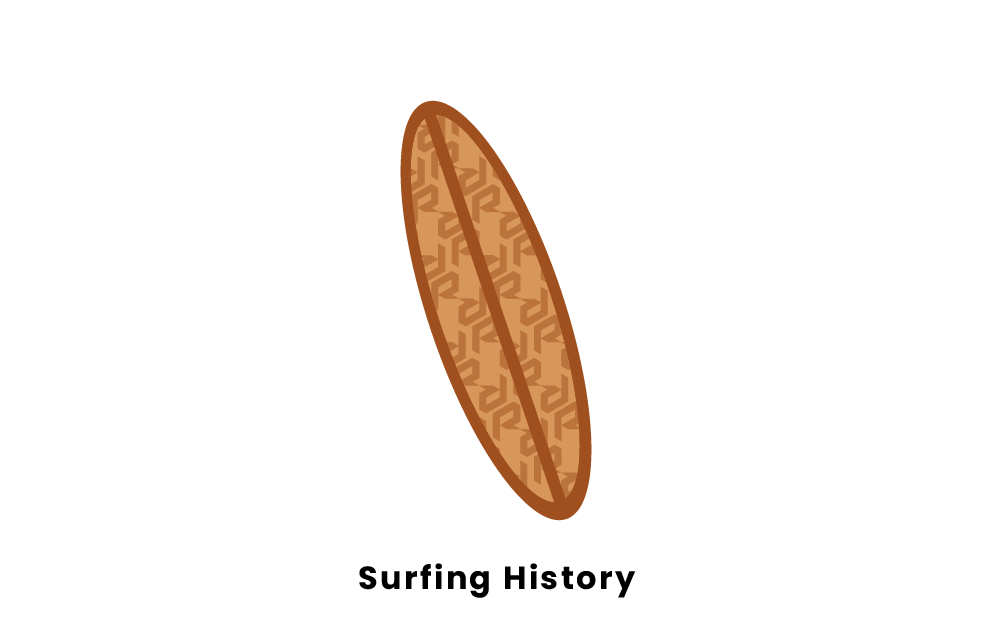 Although it is not clear what country started surfing, historians believe it originated in the Polynesian Islands of the Pacific Ocean. However, it advanced and was documented the most in Hawaii. Surfing was ingrained in the spirituality and culture of the Hawaiian people. There was a code of rules called kapu that governed the sport. When picking a tree to carve, Hawaiians would make offerings, prayed for waves with the help of a local priest called the kahuna, and even gave thanks after surviving a wipeout. At first only the elite could participate in surfing, but it was later spread to all social classes.

Surfing was practiced for centuries before it was first written about by William Anderson in 1777. He was a surgeon on Captain Cook's ship, and was impressed by the beauty of the sport. However, the missionaries regarded the activity as sinful and deterred it from Hawaiian culture.

The inventor of surfing is not known, but the father of modern surfing was Duke Kahanamoku. Duke Paoa Kahinu Mokoe Hulikohola Kahanamoku (full name) was born August 26, 1890 by Waikiki, Hawaii. He was a part of the famous Waikiki Beach Boys, a group of men who taught visitors how to surf. He became an innovator in surfing by developing the flutter kick, a technique used while paddling a surfboard. Not only was Duke an accomplished surfer, he was also an Olympic swimmer. He has won three gold medals and two silver medals between 1912 and 1924.

Surfing was established in 1964 when the first World Surfing Championship was held in Manly Beach, Australia. The competition was held by the International Surfing Association and the winner was Australia's Midget Farrelly. This kicked off surfing as a professional sport and other organizations such as the World Surfing League also caught on to develop their own ranking system and competitions.

The sport that started in the small islands of Polynesia finally began to become a worldwide phenomenon. Here are the countries that surfing is most popular in.

Surfing was discovered in the Polynesian islands in 1777, but historians say that people there have been participating in the sport for centuries.

After it was discovered, missionaries discouraged it amongst the locals because they believed it was sinful.

However, surfing remained an integral part of Polynesian culture, and it grew in popularity because of innovators like Duke Kahanamoku, who taught visitors how to surf and was an Olympic medalist in swimming.

Today, surfing is an activity of leisure and competition because of the Polynesians. They innovated the sport in a way where it was accessible to all social classes, and as a result, many people can enjoy participating in it all around the world.