How does Surfing work? What are the basic fundamentals of the game? Get ready to learn about Surfing 101. You don't need any prior knowledge to start learning. 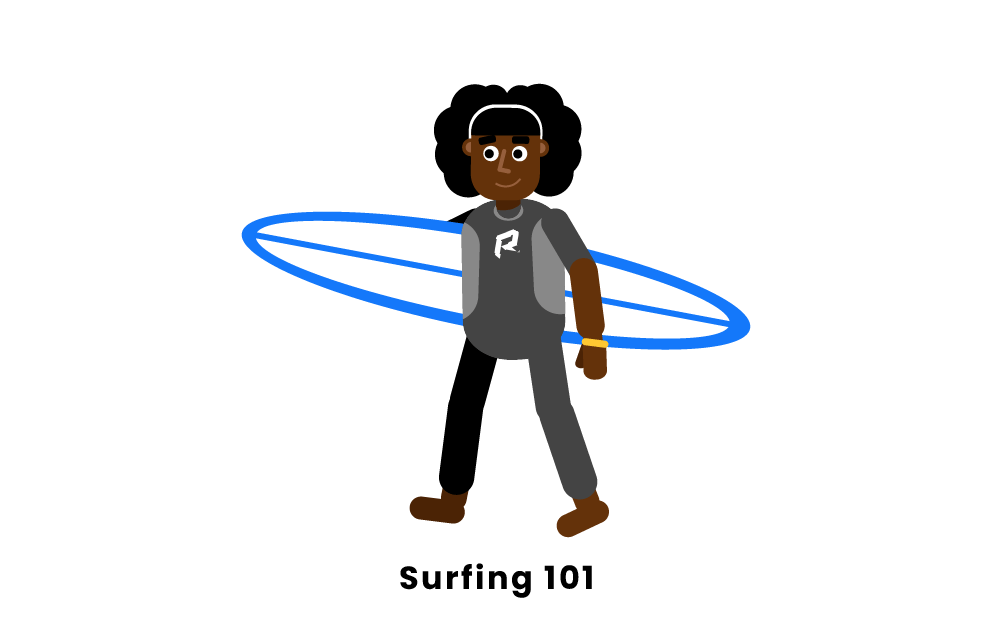 Surfing is a sport that is generally performed on an individual basis, although in some cases individual performances are compiled to create an overall team score. Surfers begin by laying flat on a board and paddling out to wherever the ocean's waves are breaking at that particular moment. From there, they wait for a large enough wave to arrive. Just as the wave reaches its peak and begins its downward descent towards the surface, riders mount the board and stand on top of it, using their body weight to propel them forward as they ride the middle portion of the wave known as the wake while the top comes crashing down just over their heads.

As a new fan of surfing, it is important to note the differences between recreational and competitive surfing. Whereas there are no rules or specific maneuvers required when surfing for pleasure, competitive surfing involves just the opposite. Participants are judged on their ability to ride alongside the wave's wake for as long as possible, with poor execution or failure to remain on the board resulting in valuable point deductions from their ultimate score. 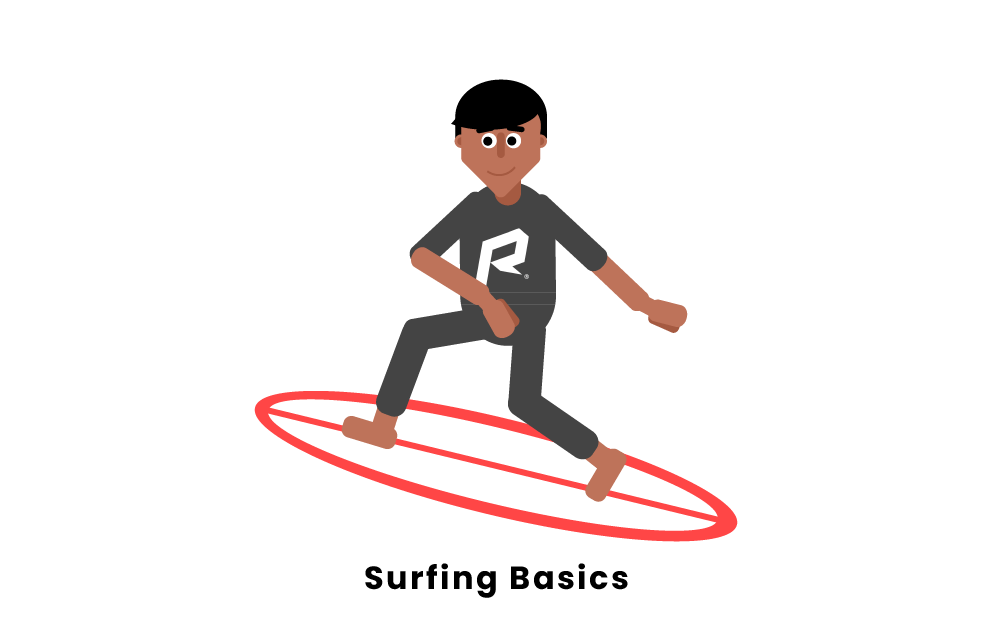 The most important pieces of surfing equipment are the surfboards themselves. Today, boards are made primarily out of synthetic materials that are flexible, durable and water resistant. These qualities allow the boards to glide seamlessly across the water and withstand the immense pressure from waves violently slapping against the base. Surfboards differ in size, on average ranging from 5-12 feet. The size of the board used by each surfer is dependent on a variety of different factors such as height, weight and overall surfing ability. For example, a heavier surfer with years of experience is likely to prefer a more lightweight for increased speed and water traction, while a surfer with a smaller build and less experience may opt for a studier board for enhanced maneuverability

Surfing attire is one of the most defining aspects of the sport, as it is unlike the outerwear worn in any other sport. Surfers wear wetsuits that start at the neck area and extend all the way down through the feet. Not only are these wetsuits thermally insulated to protect athletes from the extremely cold water temperatures, but they also come equipped with a slight stickiness at the hands and underneath the feet. This provides surfers with a better chance of maintaining a secure grasp of the board when exceptionally rough waves are bearing down on them. 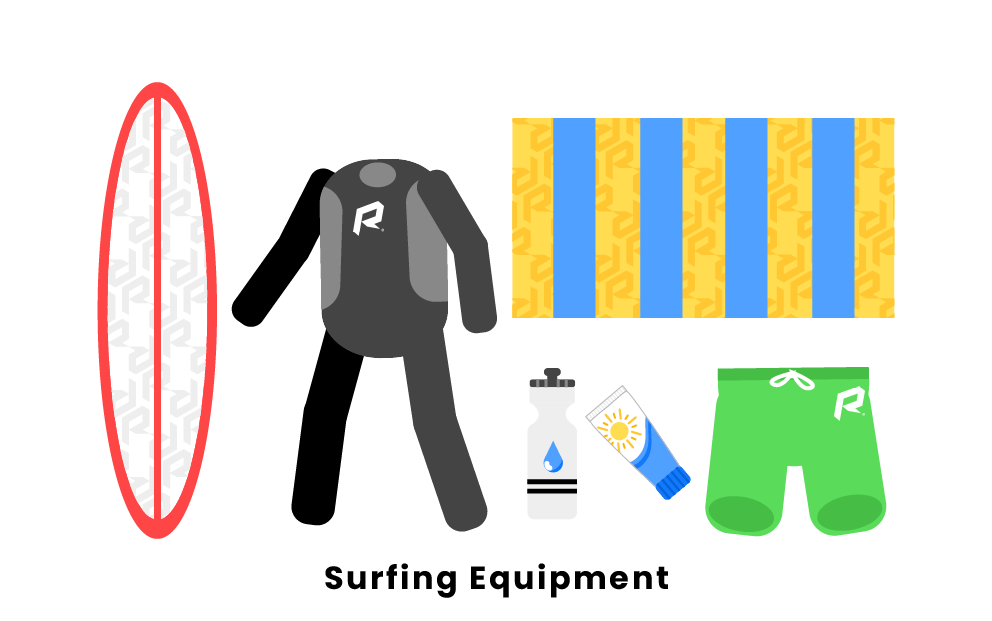 The World Surf League places great emphasis on two principal rules. The first is known as priority, which states that once a surfer claims a wave by standing atop the board as the wave climbs towards its peak, no other surfer is permitted to also ride that particular wave (competitors must wait for the claimer to either miss or successfully ride the wide before proceeding). If two surfers do end up riding the same wave to the shore, points are awarded only to the surfer who assumedly had priority by reaching shore first.

Somewhat similar to the priority rule is surfer interference, which prevents any surfer from getting in the way of a fellow competitor such that it inhibits their ability to catch a wave. The first violation results in a warning, while the second warrants immediate disqualification from that particular portion of the event.

While player positions do not exist in surfing, there are many positions to consider relative to how surfers position their bodies atop the boards. There are many different adaptive techniques used to counter the size and force of a given wave, yet the standard for good body position tends to remain the same with the exception of a few minor tweaks. Generally speaking, surfers want to position their feet shoulder-width apart in the center of the board for even weight distribution. Balance is maintained by bending slightly at the knees and allocating a majority of the body weight towards the toes.

Whether a surfer chooses to stand with their left or right foot forward is dependant entirely on personal preference and comfort. It does, however, tend to be easier to match one's front foot with the direction in which the wave is being ridden. 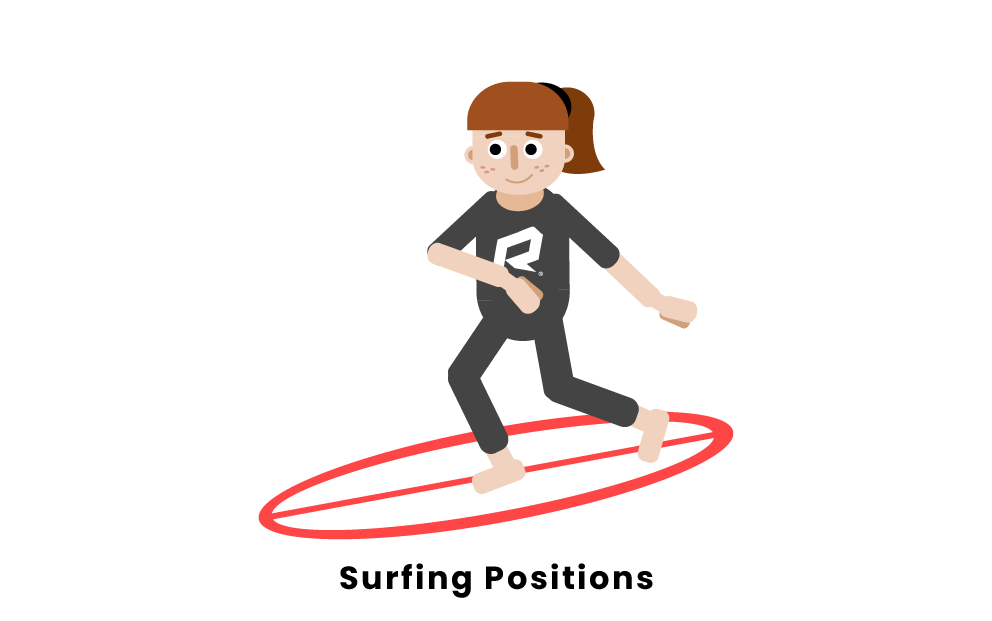