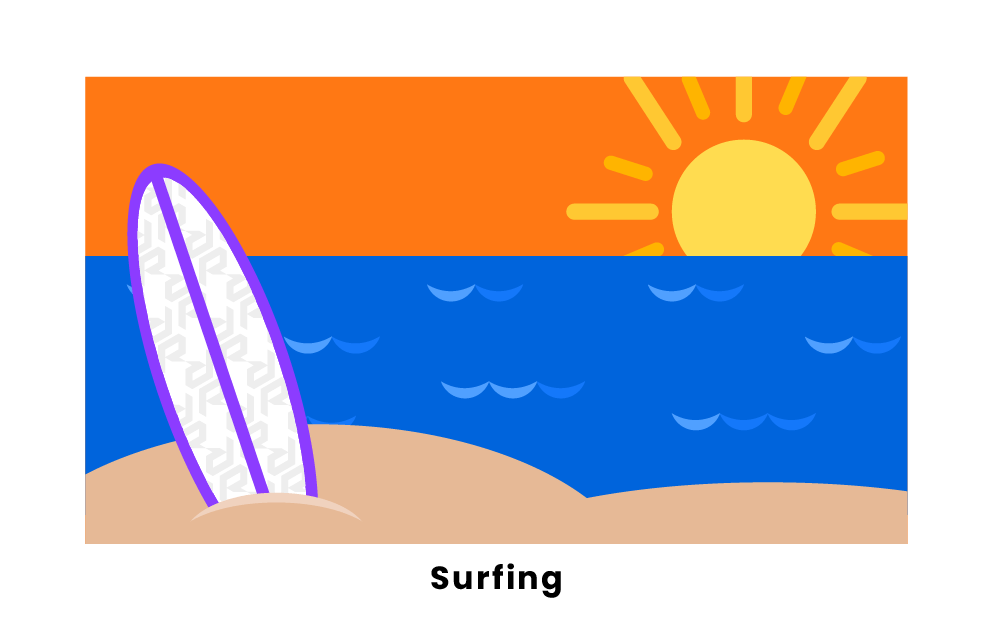 Surfing is an ocean water sport in which the surfer will ride on the face of a moving wave that will carry him or her toward the shore. Waves are mainly found best in the ocean, but can be found in certain rivers or lakes if the weather is suitable.

Surfing is the sport of riding on waves in an upright position. Surfers catch ocean waves and glide across the surface of water until the wave breaks and loses its energy.

What is the World Surfing League?

The highest level of competition in surfing is found in the World Surfing League. Originally started in California by Randy Rarick and Fred Hemmings in the late 1970s, they established it with an intent to bring together the most talented surfer's in the world to let them compete for a world championship. With surfing's rising popularity it makes sense that the sport is now being added to Olympic competition in 2020.

Where is Surfing popular?

Surfing is most popular in coastal areas where there are waves that are prime for surfing. Thes areas include California, Hawaii, Australia, South Africa, Brazil, Costa Rica, and much more.

Is Surfing an olympic sport?

For the first time ever, surfing will be an Olympic sport in the upcoming Tokyo games. 40 athletes split between men and women will be competing for the gold.

What are the types of surfing?

The types of surfing include the following:

Longboarding and Shortboarding also vary in more ways than just the length of their board. Longboards are equipped with one fin and have thick rounded ends, this is so that they glide more efficiently over the wave.

Bodyboarding is the only one of the three which doesn't require a board and utilizes the surfer's body to ride the wave.

What is a shortboard?

Shortboards are often thinner, have three fins, and have pointed ends. Shortboards are most commonly used in rough waters since they are easier to maneuver and faster than longboards due to their size and weight.