How Many Super Bowls Have The Patriots Won? 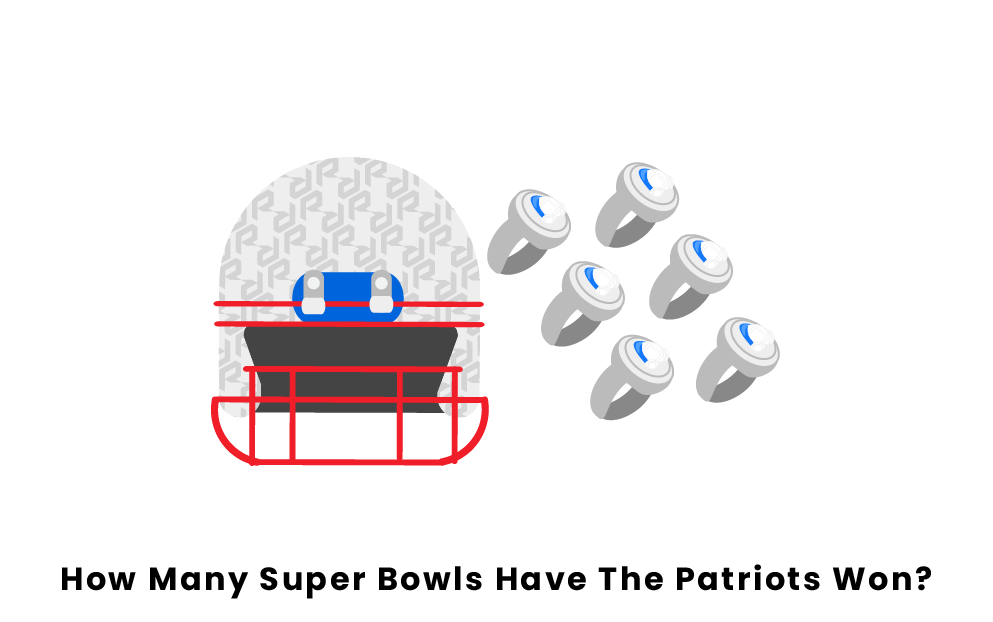 The Patriots won their first Super Bowl on February 3, 2002, against the St. Louis Rams at the Louisiana Superdome. After a successful late-game drive by young quarterback Tom Brady, Patriots kicker Adam Vinatieri drilled a last-second field goal to propel the team to a 20-17 victory over the Rams.

On February 1, 2004, the Patriots returned to the Super Bowl to face off against the Carolina Panthers. Similar to their first championship win, the game was tied 29-29 with only seconds remaining on the clock. Once again, Patriots kicker Adam Vinatieri stepped up and kicked a 41-yard game-winning field goal. Tom Brady was named MVP and broke the Super Bowl record with 32 completions.

Just a year later, the Patriots returned to the Super Bowl to battle against the Philadelphia Eagles. The Patriots' defense stepped up and caused the Eagles to turn the ball over four times. New England ended up winning another title by only three points, with the MVP award given to Deion Branch for tying the then Super Bowl record with 11 receptions.

After two devastating Super Bowl losses to the New York Giants, the Patriots achieved a miraculous championship victory against the Seattle Seahawks on February 1, 2015. With 26 seconds remaining in the game, the Seahawks trailed the Patriots 28-24 but were only one yard away from a game-winning touchdown. Rather than running the ball, quarterback Russell Wilson attempted a pass to Jermaine Kearse that was intercepted at the goal line by Patriots' Malcolm Butler to secure the team's fourth Super Bowl victory.

The Patriots made history on February 5, 2017, completing the largest Super Bowl comeback in NFL history to defeat the Atlanta Falcons 34-28. With 8:36 left in the third quarter, the Patriots were down 28-3, and their chances of winning seemed slim to none. Thanks to near-perfect execution by both their offense and defense, New England came back to make the score even at 28 and send the game into overtime. The Patriots won the coin toss, and running back James White scored a two-yard touchdown run to cap off the miraculous comeback victory.

On February 3, 2019, the Patriots won their sixth and most recent Super Bowl against the Los Angeles Rams by a score of 13-3. While uneventful compared to other championship victories for the Patriots, this was the lowest-scoring game in Super Bowl history, thanks to excellent performances by both defenses. New England's defense only allowed three points through an impressive four sacks and nine forced punts. While it is not very common for a wide receiver to win MVP, Patriots' pass-catcher Julian Edelman was awarded the honor for his ten receptions and 141 yards in the game.

When was the last time the Patriots won the Super Bowl?

The last time the New England Patriots won the Super Bowl was on February 3, 2019, at the Mercedes-Benz Stadium in Atlanta. The Patriots defeated the Los Angeles Rams by a score of 13-3 to secure their sixth Super Bowl victory. This was the lowest-scoring contest in Super Bowl history. With this win, Bill Belichick and Tom Brady both earned their sixth Super Bowl title, setting the record for most Super Bowl wins by a coach and by a quarterback in history.

When was the Patriots' first Super Bowl win?

The New England Patriots' first Super Bowl win was on February 3, 2002, at the Louisiana Superdome. The Patriots defeated the St. Louis Rams by a score of 20-17, led by a 48-yard game-winning field goal by kicker Adam Vinatieri. New England quarterback Tom Brady completed 16 of his 27 pass attempts, threw for one touchdown, and was named Super Bowl MVP. The Patriots' defense also played a major role in the victory, forcing three turnovers against the Rams, leading to two touchdowns and a field goal.

What Patriots players have been Super Bowl MVP?

Pages Related to How Many Super Bowls Have The Patriots Won?