How Many Super Bowls Have The Packers Won? 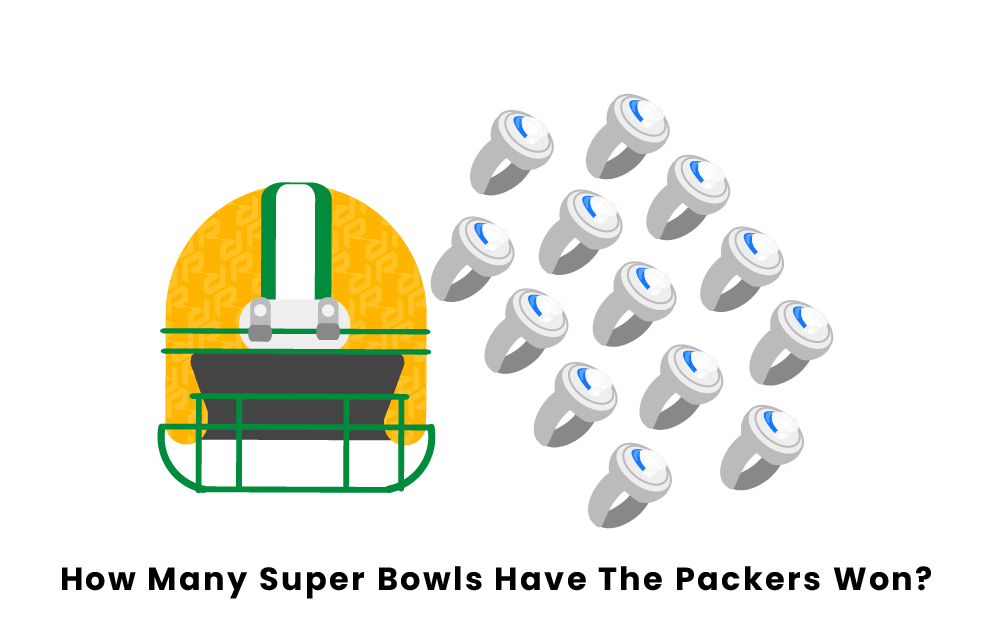 The Green Bay Packers are one of the most storied franchises in professional football history. From legendary coaches and generational players to a determinedly-strong fanbase, the Packers have had it all. But perhaps their most impressive resume item is their long list of championships. Their 13 trophies are the most by any franchise ever, and it's not particularly close. Read on to learn more about Green Bay's winning history.

The Super Bowl was not created until 1966, but that didn't stop the Packers from winning championships. From 1929-1931 they won three straight NFL championships, and from 1936-1944 they captured three more titles. Hall of Fame coach Curly Lambeau stepped down in 1949, and the Packers posted a losing record seven times from 1950 to 1958.

However, in 1959, Green Bay would hire its next legendary coach in Vince Lombardi. Lombardi immediately turned the franchise around, winning back-to-back championships in 1961 and 1962. Green Bay would also repeat as champions in 1965-66, winning their final two NFL Championships. However, these would be far from the last titles they took home.

In 1967, the Packers appeared in the first-ever Super Bowl, defeating the Kansas City Chiefs by a score of 35-10. Green Bay defended their title the next year by beating the Oakland Raiders, but that would be the last Super Bowl appearance they made for a long time. As the first coach to ever win the Super Bowl, Lombardi was posthumously honored when the NFL named the trophy the Vince Lombardi Trophy.

Following their second Super Bowl win in 1968, Lombardi retired and left the team to struggle for the next quarter-century. From 1968 to 1992, the Packers made the playoffs only twice, winning only one game between those two appearances.

After 25 years of futility, Green Bay made a couple of significant changes to the franchise. They hired head coach Mike Holmgren and traded for quarterback Brett Favre. Both moves turned out to be instantly successful, as the following year, the Packers began a streak of six-straight playoff appearances featuring two trips to the Super Bowl. In 1997, Favre and Holmgren took down the New England Patriots to win their first Super Bowl in almost 30 years, the third-longest gap between victories in NFL history. Green Bay made it back to the Super Bowl the following year but was unable to defend the trophy.

Holmgren left the team after their Super Bowl loss, but the franchise remained perennial contenders for the next decade under the leadership of Favre. In 2008, Favre left the Packers, and the franchise turned to young quarterback Aaron Rodgers. Rodgers led Green Bay to the Super Bowl within three seasons, where they defeated the Pittsburgh Steelers to capture their 13th and most recent championship in 2011.

When was the last time the Packers won the Super Bowl?

The last time the Packers won a Super Bowl was in 2011. Young quarterback Aaron Rodgers had developed into a star, and along with an extremely talented roster, they were able to defeat the Pittsburgh Steelers 31-25. The win came at the start of a dominant decade for the Packers, one where they made the playoffs eight times.

When was the Packers first Super Bowl win?

The Packers' first Super Bowl win also happened to be the first Super Bowl in NFL history. In 1967, they blew out the Kansas City Chiefs 35-10, grabbing the title of the first-ever Super Bowl Champions. Even before that time, the Packers were already accustomed to winning, having racked up nine NFL championships from 1929 to 1966. Their teams consistently featured Hall of Fame coaches and players, and they often were seen as one of the most dominant teams in the league.

What Packers players have been Super Bowl MVP?

Three different Packers have combined to bring home four Super Bowl MVPs in the franchise's history. Hall of Fame quarterback Bart Starr was named the MVP of Super Bowl I and II, and in 1997 return specialist Desmond Howard took home the award. In 2011, young quarterback Aaron Rodgers captured the honor, becoming the most recent Packer to hold this distinction.

Pages Related to How Many Super Bowls Have The Packers Won?