How Many Super Bowls Have The Bears Won? 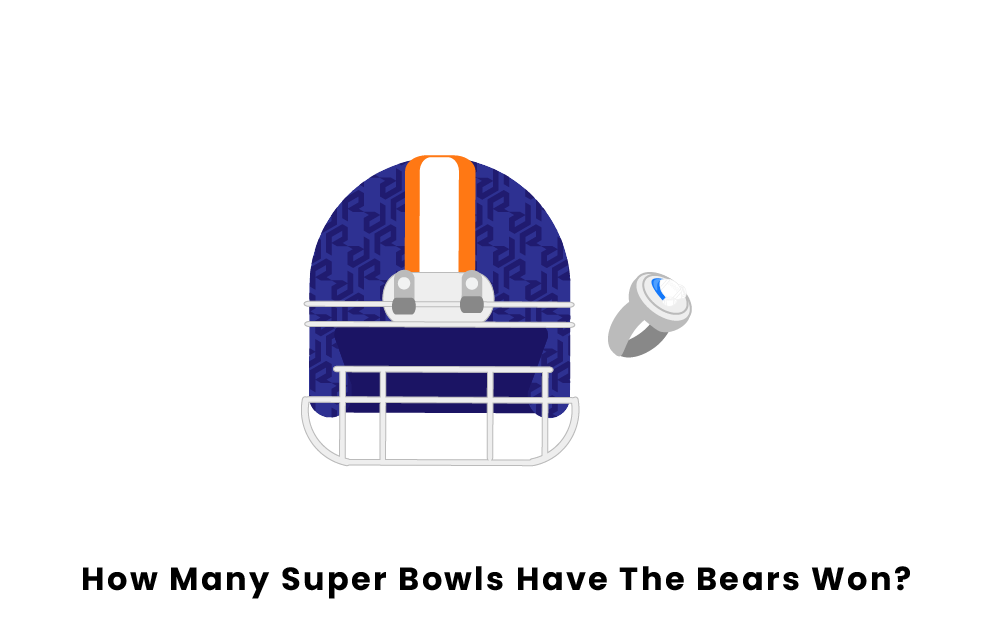 Despite being one of the oldest teams in American football, being founded in 1920, and having the most regular-season wins of any team, the Chicago Bears have only won one Super Bowl. Coached by former Bear Mike Ditka, the 1985 Bears team, with stars such as Walter Payton, William “Refrigerator” Perry, and Mike Singletary, dominated the regular season, going 15-1, and in January of 1986, defeated the New England Patriots 46-10, winning Super Bowl XX.

The Bears have one other Super Bowl appearance, where in February of 2007, they lost Super Bowl XLI 29-17 to the Indianapolis Colts. While only one Super Bowl win may seem unimpressive for the legendary franchise, it is important to note that the first Super Bowl wasn't until 1967. During the 47 years between their creation and the first-ever Super Bowl, the Bears won eight NFL Championships.

The NFL was much different when it first started. It wasn’t until 1970 that the NFL and AFL merged to bring us the league we know today. However, the Bears were created in 1920 and won a number of championships before the Super Bowl was created. The Bears won their first title in 1921, where the winner was determined by who had the best record. In 1932, they won their second title by competing in the first playoff game in the NFL and won again in 1933. The Bears dominated the 40s with Sid Luckman as QB, winning championships in 1940, 1941, 1943, and 1946. Their last NFL championship would be won in 1963, and just four years later, in 1967, the first Super Bowl would be played.

Super Bowl XX was hosted in New Orleans, Louisiana, on January 26, 1986. Things got off to a rough start for the Bears, as on the third play of the game, Walter Payton fumbled the football, giving the Patriots possession at the 20-yard line. However, the stellar Bears defense held the Patriots to just a field goal. Aside from this snafu, the Bears dominated the rest of the first half, scoring 23 points and racking up 236 yards, while the Patriots’ total yards at the end of the half was -19.

The second half of the game continued similarly, with the Bears achieving a crushing victory of 46-10, at that point an NFL record for the largest margin of victory in a Super Bowl. The win was largely due to the Bears’ defense, which forced six turnovers and only allowed seven rushing yards the entire game.

Notable players on the team, such as Walter Payton and William “Refrigerator” Perry, had verses about themselves, hyping up their ability. The song was a hit, selling over a million copies and going platinum in less than a month. “Super Bowl Shuffle” was even nominated for a Grammy, losing to Prince’s “Kiss” for best R&B performance by a group or duo.

When was the last time the Bears won the Super Bowl?

The last time the Bears won the Super Bowl was January 26, 1986, in Super Bowl XX. The Bears defeated the Patriots 46-10 to bring home the franchise’s first Super Bowl win. Unfortunately for the Bears, it is also their only Super Bowl win to date, despite being one of the most historic teams in the league. Though they appeared in Super Bowl XLI in 2007, they were defeated 29-17 by the Indianapolis Colts.

When was the Bears’ first Super Bowl win?

The Bears' first and only Super Bowl win was on January 26, 1986, in Super Bowl XX. In this game, the Bears crushed the Patriots 46-10 to bring home the team’s first Lombardi Trophy. While this may seem late for one of the NFL’s oldest teams, being founded in 1920, it is important to note that the first Super Bowl was not played until 1967. Before the Super Bowl, the Bears won eight NFL Championship titles, second only to their rival, the Green Bay Packers, who won nine.

What Bears players have been Super Bowl MVP?

The only Bears player to be awarded Super Bowl MVP is Richard Dent. Dent was a defensive end and a part of what made the Bears’ defense so potent. During the game, Dent got two sacks and forced two fumbles. Dent, who would be inducted into the Hall of Fame in 2011, was only the fourth defensive player to win Super Bowl MVP at the time. As the Bears have only won one Super Bowl, this also makes Dent the only Bears Super Bowl MVP.

Pages Related to How Many Super Bowls Have The Bears Won?