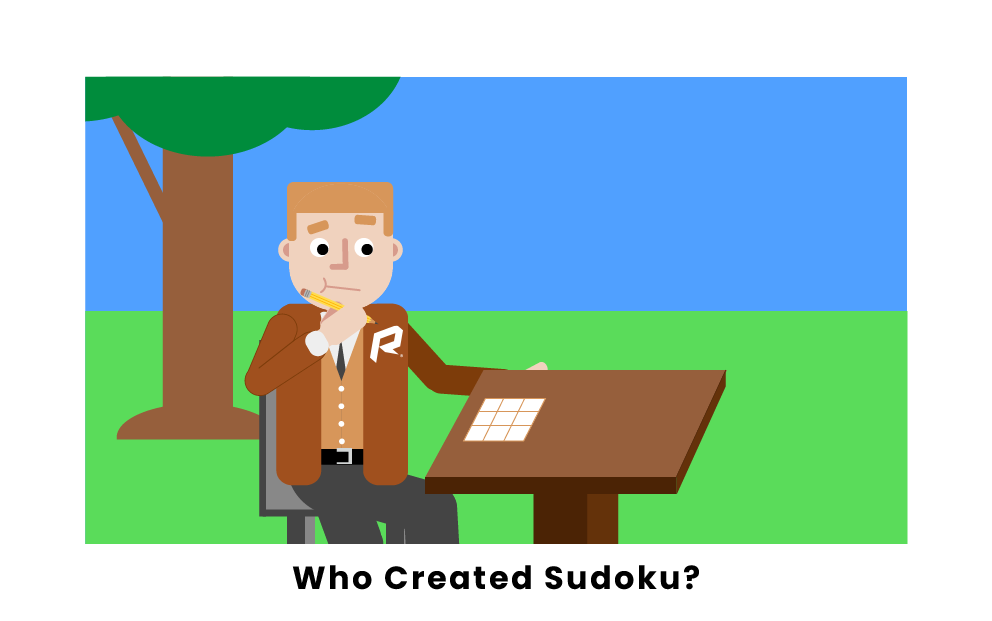 The creator of the number game, sudoku, was Howard Garns. Originally named Number Place, the first puzzle was published in Dell Puzzle magazine in New York in 1979. Garns, an American freelance puzzle creator, was named the contributor for the game in the publication.

The Beginning of Sudoku

Although Howard Garns is credited for the invention of the sudoku puzzle, different variations of number puzzles have been around for centuries. An old puzzle, Magic Squares, was what inspired Garns. The first documented Magic Squares puzzle was discovered in China two thousand years ago. Similar to sudoku, the puzzle’s format consisted of a grid.

The rules of Magic Squares are as follows:

When Garns created Number Place, he continued the rule that each number must only occur once. However, he expanded on the grid format used in Magic Squares. In his game, Garns split the grid itself into nine sections consisting of 3x3 squares. This created the 81 squares of sudoku seen today.

As Number Place gained popularity in the United States, the puzzle eventually traveled over to Japan in 1984. In Japan, Number Place was renamed “sudoku.” Sudoku is a shortened word for the phrase, “Sūji wa dokushin ni kagiru,” which translates to “the digits are limited to one occurrence.”

Sudoku became extremely popular in Japan due to its rules and nature; because of the characters used in the Japanese language, crossword puzzles were impractical to make and play. Therefore, a game that included numbers instead of characters was ideal for Japanese publications. To the delight of many, sudoku puzzles were published in magazines and newspapers across the country.

Wayne Gould, a retired judge from Hong Kong, reintroduced sudoku puzzles to the Western world. After enjoying a book of sudoku puzzles in Tokyo, he developed a computer software program to create more. The first of his computer-generated puzzles were printed in The Times of London in 2004. The spread of the number puzzle within Europe (and eventually back to the United States) led to a worldwide sudoku craze.

The first world championship for sudoku players was held in Lucca, Italy, in March 2006. The two-day tournament produced the first-ever sudoku champion, Jana Tylova, a 31-year-old accountant from the Czech Republic. Tylova beat out 84 other competitors from 22 different countries.

In the championship, contestants are tested on their ability to quickly solve sudoku puzzles of varying difficulties (easy, medium, and hard). The current record holder for the fastest time at the Sudoku World Championship is Jakub Ondroušek. Ondroušek completed his puzzle in a mere one minute and 25 seconds!

Who is the inventor of sudoku?

The creator of the number puzzle, sudoku, was Howard Garns. Originally naming it Number Place, the American game freelancer had his first puzzle published in New York’s Dell Puzzle magazine.

When was sudoku invented?

The first Number Place game was published in Dell Puzzle magazine in America in 1979. The game got its name of “sudoku” when it was first published in Japanese magazines in 1984. The first computer-generated sudoku games were printed in The Times of London in 2004.

What does sudoku mean?

The name sudoku originated in the Japanese language. The number puzzle, originally named Number Place, was renamed upon its publication in Japan. Sudoku is a shortened word for the phrase “Sūji wa dokushin ni kagiru” which translates to “the digits are limited to one occurrence.”

Pages Related to Who Created Sudoku?