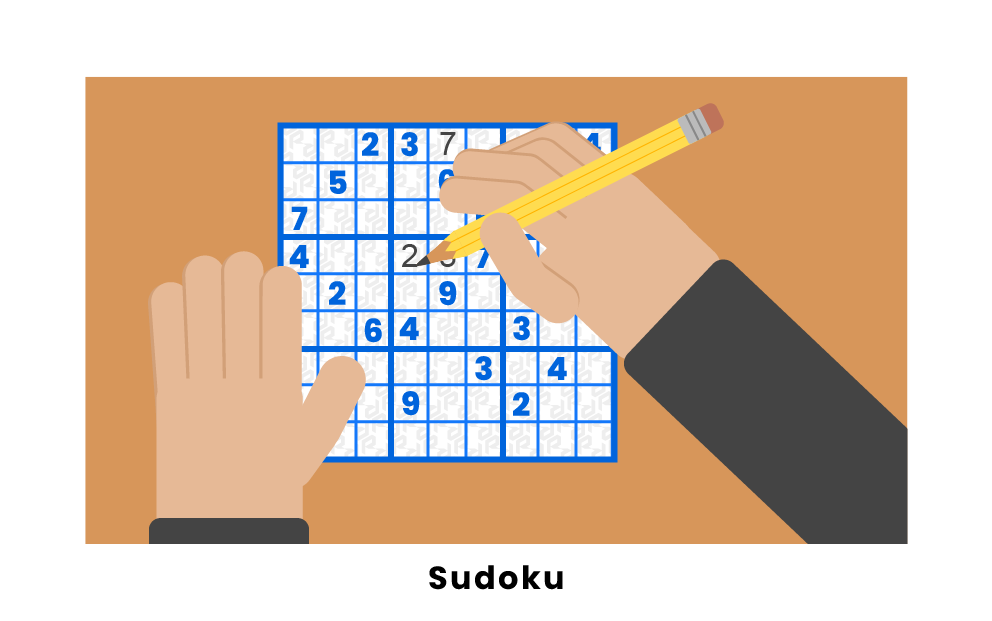 Sudoku is a fun number puzzle, based on logic, that consists of a 9x9 grid of small squares to be filled with numbers. The puzzle is highlighted by nine 3x3 subgrids. The objective is to complete the grid so that each column, row, and subgrid contains all the numbers between 1 and 9.

Sudoku was invented by Howard Garns, a puzzle inventor from Indiana, who came up with the game in 1979 and called it “Number Place.” The game is based on the work of an 18th century Swiss mathematician named Leonhard Euler. Euler’s concept of “Latin Squares”, conceived most likely as a hobby or game, forms the basics of the modern game of Sudoku.

Number Place was not an instant success upon first being published in “Dell Pencil Puzzle and Word Games” in 1979. A puzzle expert traveling in America named Nobihiko Kanamoto took it home with him, made some slight changes and renamed it sudoku, meaning “single number”. With slight alterations, Sudoku was first printed in Japan in 1984 and quickly became popular. In 2004, Sudoku made its first appearance in U.S. and London newspapers. 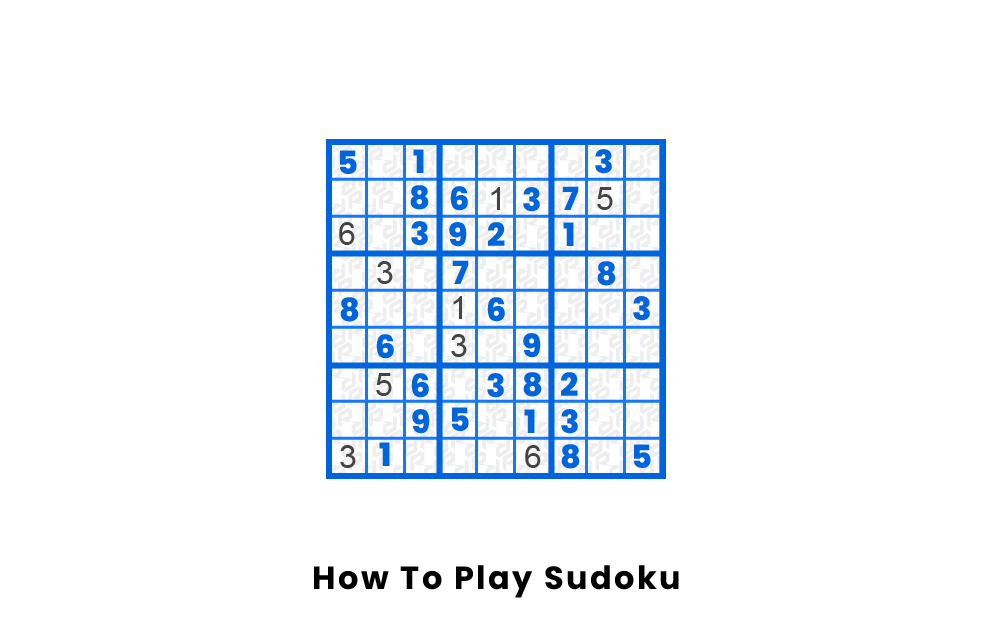 Every row and column in the grid must have all the numbers between 1 and 9. This is also true for the nine subgrids within the larger grid. The way to begin solving is to carefully look at where the pre-filled numbers are located and use that information to eliminate open cells for certain numbers. Once you can eliminate all but one number for an open cell, you can then fill that cell with the proper number. 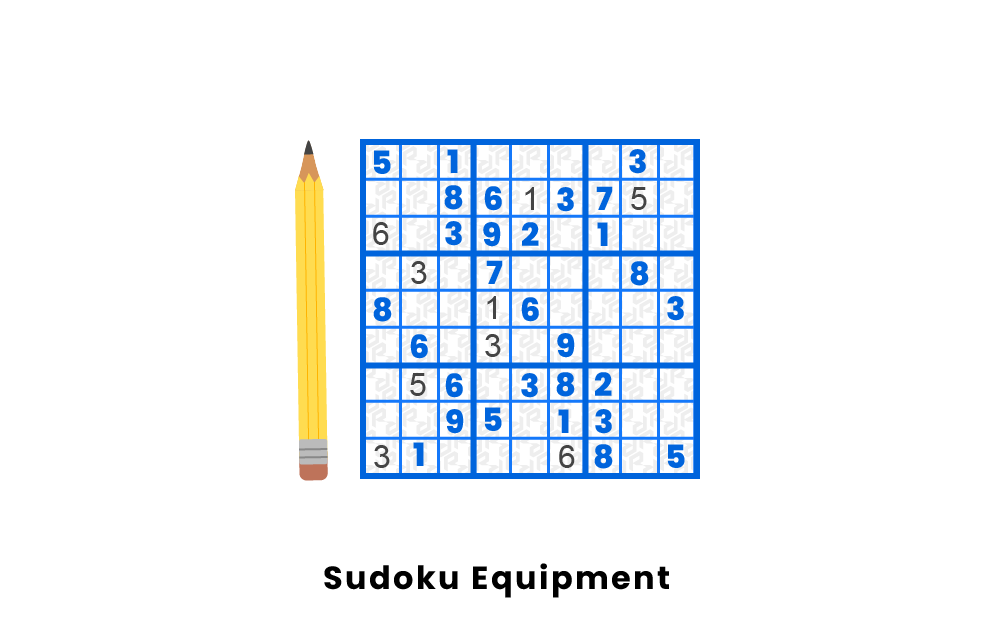 There is very little needed to play Sudoku. All you need is a puzzle and a pen or pencil. There are also online sites that allow you to play on a computer, tablet, or phone. If playing a paper puzzle, it’s best to use pencil or erasable ink and to keep an eraser handy.

Sudoku is a puzzle game normally completed by one person. Many games feature competition against one or more people or a computer program. In sudoku the objective is to solve a puzzle and improve your prowess. The main objective is to fill the grid where each row, column and 3x3 subgrid contains all the numbers from 1 to 9. Each number is placed in a cell and there are 81 total cells.

The rules of sudoku are very simple and straightforward. Although the game has simple rules, the puzzles can be very challenging.

Here are the most important sudoku rules to know:

Sudoku is a logic-based game in which you eliminate possibilities until there is only one correct possibility remaining. There are a few simple strategies to assist you in finding the proper number for each cell.

Here are the most important sudoku strategies you should know:

Look for the columns, rows or subgrids that contain the most numbers: Analyze the possibilities for each remaining open cell by trying each number that hasn’t been used.

Visualize the grid into 3 parts, either vertically or horizontally: For example, you could be visualizing the first three columns containing three 3x3 grids. Look for columns or grids containing two of the same number. If you locate them, you can reason that this number must appear in the other subgrid or column.

Put potential cell numbers into each cell: As you continue to solve the puzzle, you can remember what numbers can fit into that cell. This way, you can more quickly use the process of elimination as you move through the puzzle. 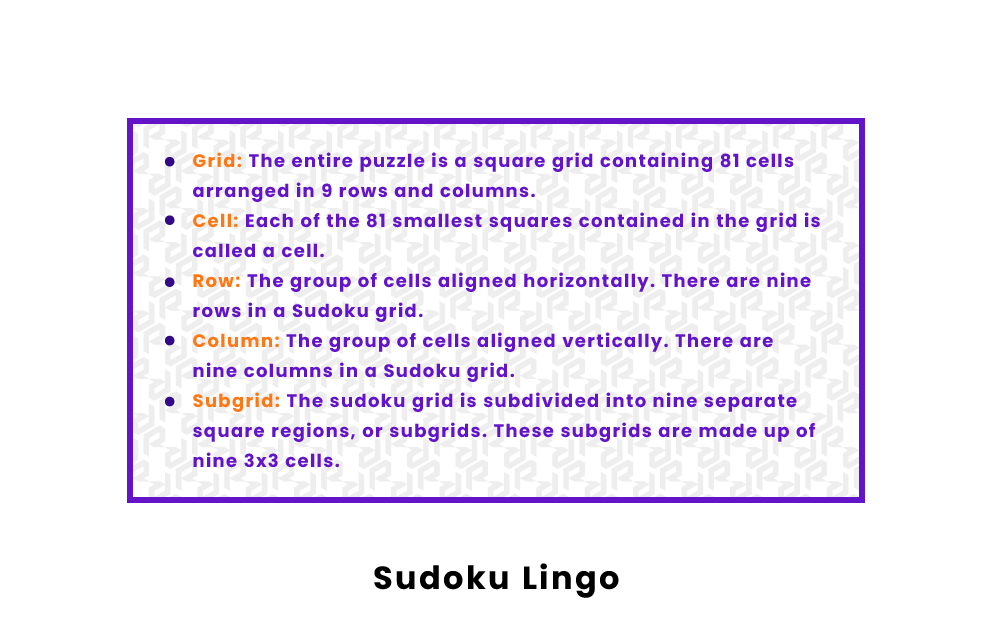 Here is the common lingo and slang in sudoku: 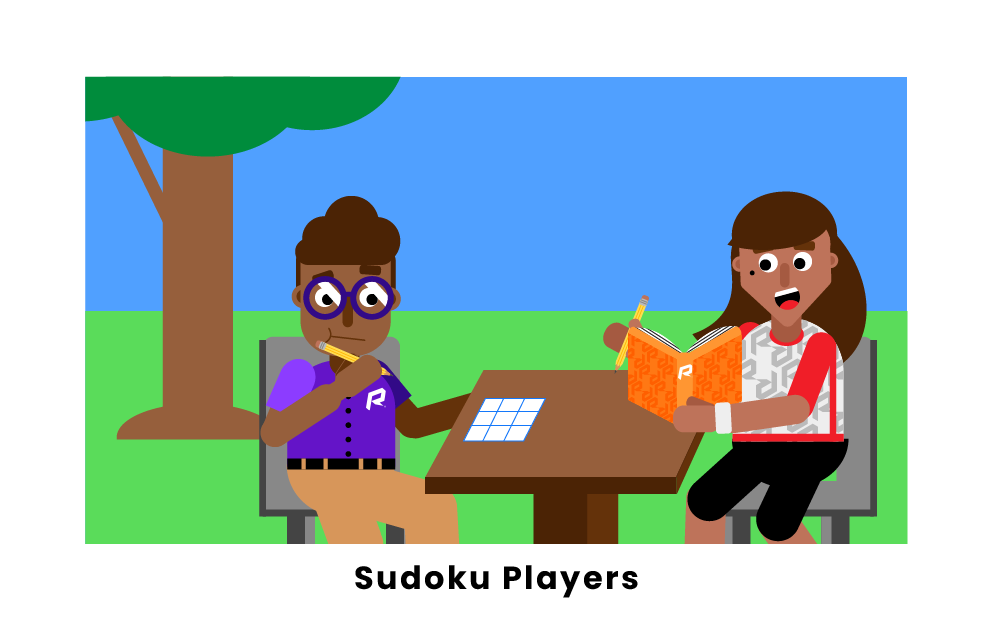 Sudoku is not yet at the point where fame and glory comes with success; anyone can play sudoku. The best sudoku players are most likely only known to other Sudoku enthusiasts. There are, however, a few players who have stood out over the past 13 years of international competition.

Here are the most famous Sudoku players you should know:

The premier Sudoku event is the World Sudoku Championship (WSC), an annual event held by the World Puzzle Federation (WPF). The WSC is a national team competition that currently consists of thirty countries competing to win. Japan has the most world championships with five. There is also an individual championship that has been won by a Japanese player five of the past six years. The WPF also hosts online tournaments throughout the year.

Here are the most popular tournaments in Sudoku:

World Sudoku Championship: a team competition with an individual tournament coinciding. The WSC has 30 countries participating with a different host city every year so far with the exception of Prague, which has hosted the event twice.

World Puzzle Federation Sudoku Grand Prix: an online tournament open to anyone that wants to sign up. There are eight rounds held throughout the year with the results determined by speed of solving and puzzle difficulty rankings.

Pages Related to What is Sudoku?