What are the rules of squash? 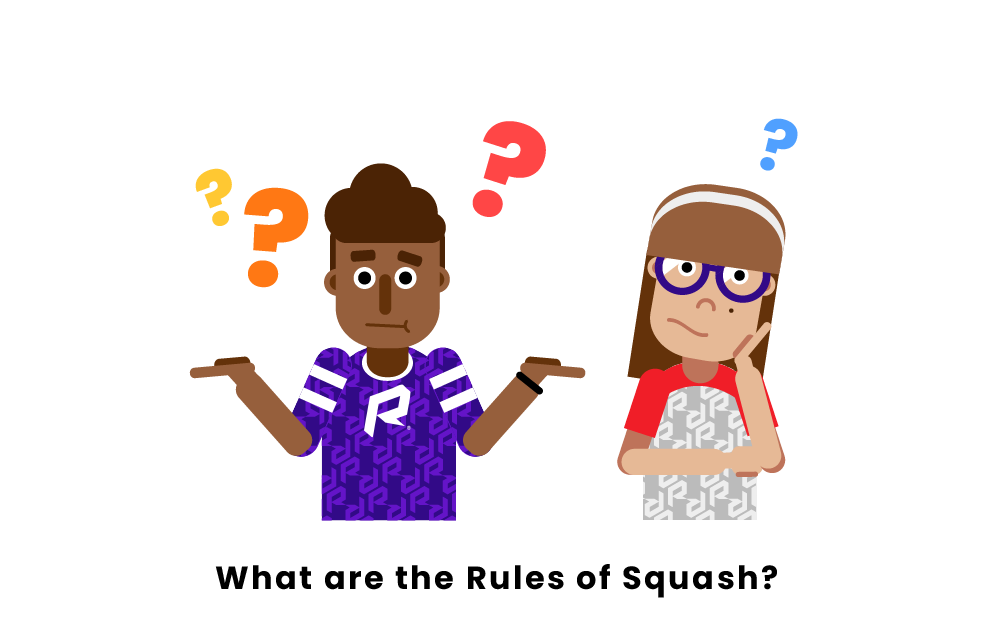 Squash is a sport similar to racquetball where teams rally to hit the ball back and forth in the attempt to score.

The sport is played in teams of one or two (singles or doubles) with the objective to score more points than the other team.

The Court and Equipment 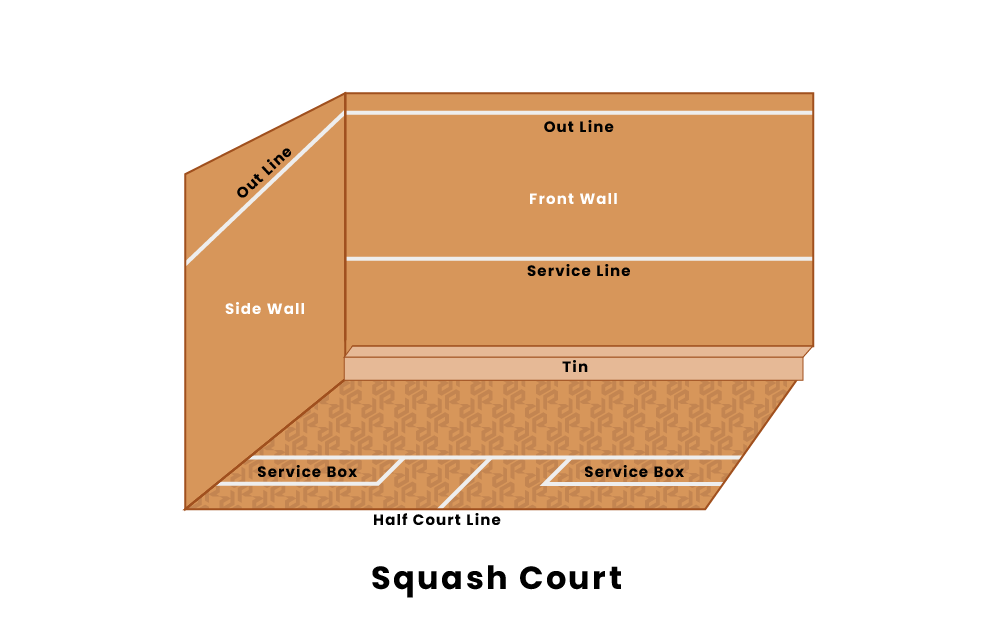 A squash court is similar to a racquetball court in that it is an enclosed room. However, the squash court is more box shaped while a racquetball court is rectangular. On the court, there are several lines including the out line, the service line, and the zone lines. The out line traces along the top of the front wall and down the side walls. If the ball is hit above this line, it is considered out of bounds. The service line is also located on the front wall. On a serve, the ball must be hit above this line for it to count. Towards the back of the court are lines that mark the zones where players must stand at the beginning of each point along with service boxes where the ball must be served from. In addition to the line markings, there is also a board on the bottom of the front wall that serves as the “net.”

The only equipment necessary for squash is a racquet and a ball. Squash balls can vary in terms of speed on a range from super slow to fast. Super slow balls are usually used at higher skill levels because they bounce very low and are more difficult to return.

To start each point, one team serves the ball to the other. The serving player, along with the player receiving the serve, must have at least one foot in their respective service boxes when the ball is hit. The server must hit the ball against the front wall between the out line and the service line for it to be a valid serve. In addition, the ball must land in the opposing back quarter of the court on the serve.

Aside from serving, several other types of shot in squash include the straight drive, boost, volley, and drop shot. A straight drive shot is when a player hits the ball low and towards one side of the front wall. The ball should rebound from the wall and travel parallel to the side wall to the back of the court to make it difficult for the opponent to return. The boost shot is when the ball is either hit against the side or back wall before it is hit towards the front wall. On a volley, a player hits the ball before it bounces off the ground, usually against the wall that is nearest to them. This may be done if a player wants to quickly return the ball and force their opponent to respond. Finally, the drop shot is when a player hits the ball lightly towards the corner of the front wall so that it gently falls to the ground. This makes it very difficult for the opposing player to return.

Like many other sports, a team scores in squash when the other team commits an error in returning the ball. A team can earn a point if the other team allows the ball to bounce twice before returning it, hits the ball into the board on the front wall, hits the ball out of bounds, or one of the opposing players interferes with the ability of another player to hit the ball.

In the traditional scoring system, sets are played to 9 points and only the serving team can score points. The official updated scoring system is referred to as ‘PAR’ where each set is played to 11 points and either team can earn points, regardless of who served the ball. To win the set, a team must have at least a two point advantage (a team can not win a set with a score of 11-10).

Squash matches are usually played to a maximum of five sets. Therefore, the first team to win three sets wins the match. In other cases, matches may be played to a different amount of sets that are decided on before the game begins.

What are the different types of squash balls?

Squash balls vary in speed and bounce and are identified by the color of the dots on each. A ball with blue dots has fast speed, high bounce, and is best suited for intro level players. A ball with red dots has slow speed, low bounce, and is best for players with medium experience levels. The balls with yellow or double yellow dots have very slow speeds and very low bounce, making them best for experienced players.

What is a stroke in squash?

What happens if a player is hit by the ball?

In squash, a player being hit by the ball results in an interference. If the player is directly in front of the other player (blocking them) when the ball is hit, the player that hit the ball is usually awarded a stroke. However, if the ball hits off the side wall before hitting the opposing player, a let is usually called and the point is played over. If a player intentionally hits the other player, they may give up the stroke.

Pages Related to What are the rules of squash?