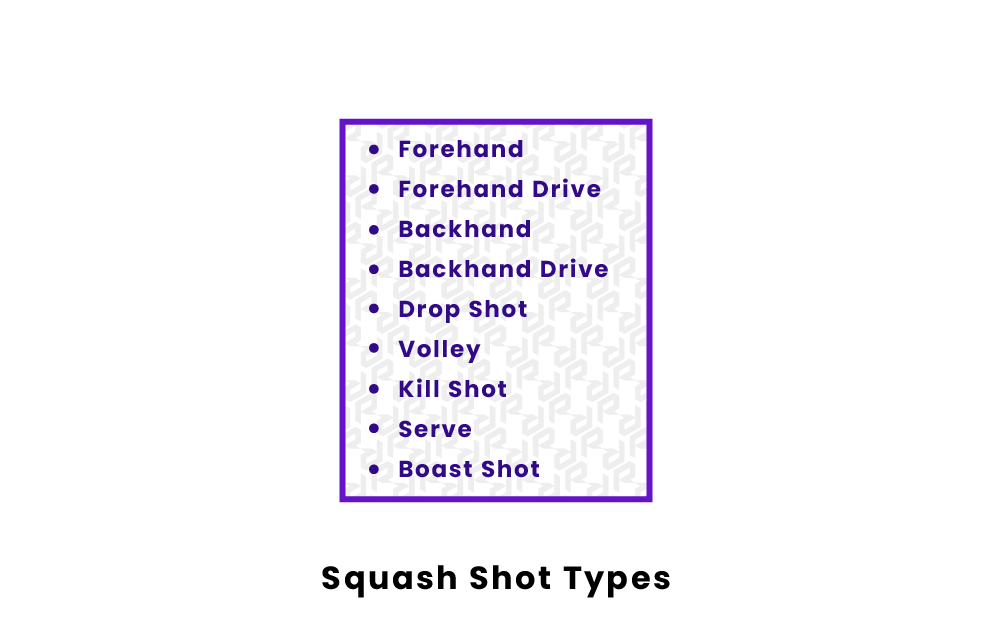 Squash is a popular racket sport which is played by two or four players, on a court with four walls. The objective is to hit the ball so that your opponent cannot return it. The basic shots in squash are forehand, forehand drives, and backhand drives. However, there are more important skills to use in order to be a good squash player and win your matches.

The simplest shot in squash, a forehand, is any shot that you hit on your dominant hand’s side. If you are right handed, a forehand is a shot that you hit on the right side of your body. If you are left handed, it’s any hit shot on the left side of your body. A forehand shot can be performed anywhere on the court. This skill is one of the simplest to learn, and one that you will practice a lot as you start up playing squash.

A forehand drive is a special kind of forehand shot. This is a forehand shot that you hit next to a sidewall on the squash court. This skill is also called a “straight drive” on either side of the court. When you hit a straight dive on your forehand side, it is considered a forehand drive. This is a very popular skill at the higher level of squash. Oftentimes you’ll see players hitting lots of drives, challenging each other.

A backhand shot occurs when a player hits a ball on the opposite side of their body from their dominant arm. This skill is often underdeveloped in younger squash players because it is a less natural motion than a forehand shot. With a backhand you want to focus on keeping your hand down. While in tennis and other racket sports a backhand may be with one or two hands, you almost always want to hit a backhand with one hand in squash.

Once you get the hang of hitting regular shots, the drop shot is a good skill to develop. A drop shot is a shot that is intended to deceive the opponent by just barely grazing the wall and landing on the ground. This is a shot that you’ll want to use when your opponent is backed up, as this shot will force them to run towards the wall and may catch them by surprise. The way to hit a drop shot is to slow your swing, cutting down on the ball so it softly taps your racket and lightly moves towards the wall.

Another more advanced squash skill, a volley is a shot that is not seen as much in squash as it is in other racket sports. A volley is a shot that you hit before the ball makes contact with the ground. A volley is a good shot if you get caught near the wall and is a good way to hit a crosscourt shot and beat your opponent. Since squash balls do not bounce as much as other racket sports balls, you won’t see many volleys unless the player is close to the wall. If you find yourself in a situation where a volley is appropriate, it is a good opportunity to win a point.

If you ever get the chance, a kill shot is one that will get you a win on a big point. A kill shot is also referred to as an overhead smash because you hit it with your arm above your head, usually when the ball bounces up high off of the wall. This shot is one of the hardest hit shots, and thus one of the hardest shots to return for your opponent. It’s not one that you will get to practice very often, but it is a good skill to have in your arsenal.

Unlike other racket sports, the serve is similar to a regular shot in squash. You can serve with a forehand or a backhand, though you will most likely want to use your forehand, because it will be stronger. When you’re serving, you will want to hit the ball high off of the wall, and into the back quadrant of your opponent's side of the court. You don’t have to spend a ton of time practicing this skill, because it is not as important in squash as serving is in other racket sports. However, you want to have a strong serve to set yourself up to succeed for the rest of the rally.

A boast shot is a shot where you hit one of the side walls or even the back wall, and the ball bounces off and hits the front wall. In squash, where the balls aren’t particularly bouncy, executing this type of shot effectively is difficult. Hitting a good boast is something that will require a lot of practice, especially if you are new to walled racket sports. However, if you master this skill you will be successful in winning tough points against your opponent.