How Long Is A Game of Squash? 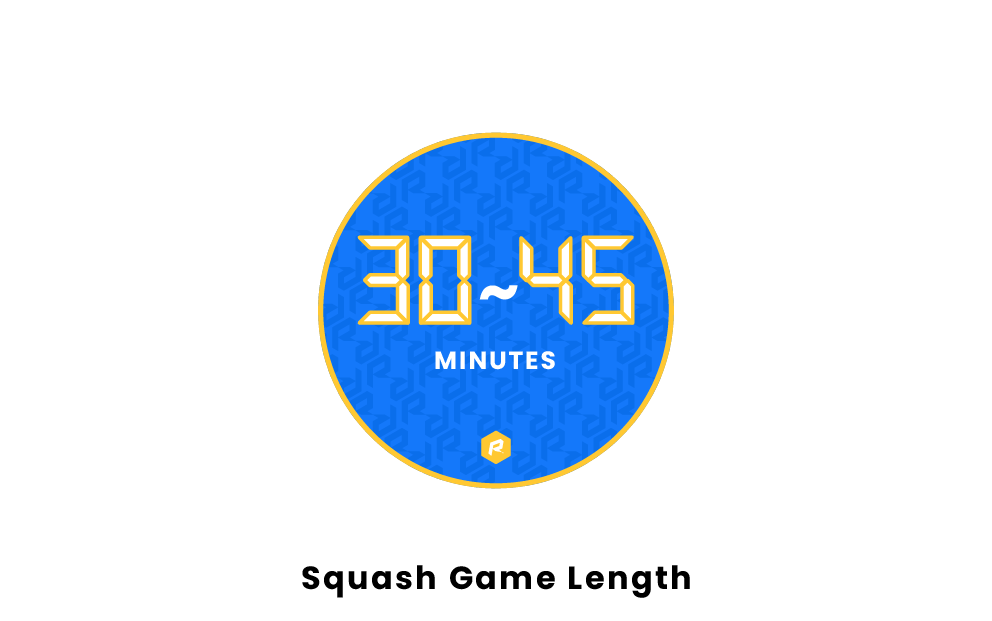 The average game of squash will take between 30 minutes to 45 minutes, but many different factors can have an impact on the duration of a game, such as the number of rounds required to determine a winner, the gender of the players competing, and the level of competition. Read on to learn about just how long a squash game lasts. 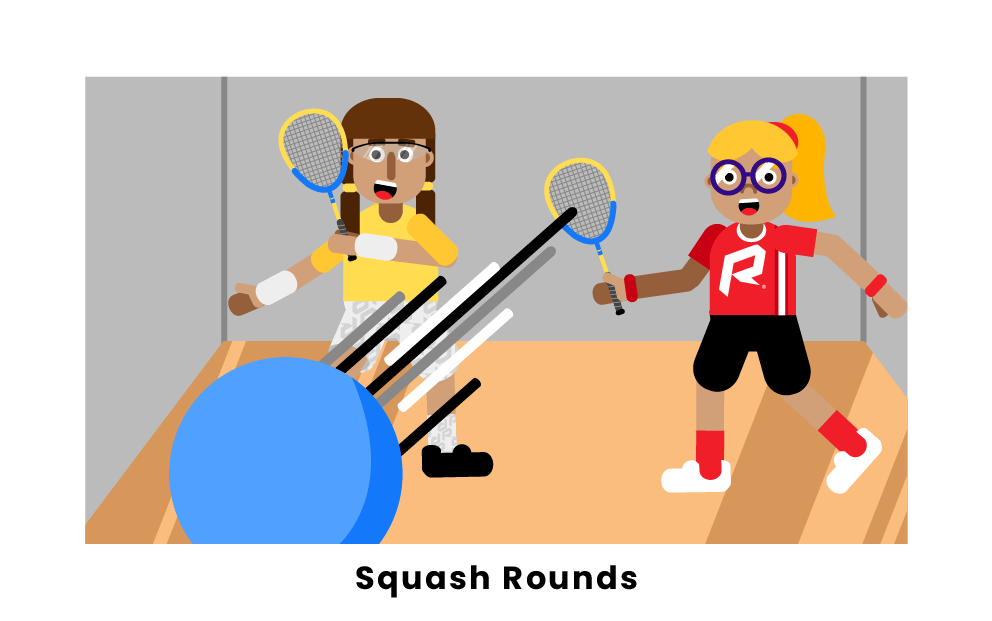 Squash is typically played as a best of five rounds, and, therefore, the discrepancy of skill between the two players can have a huge impact on the duration of the game. For example, professional men’s matches that go just three rounds all won by a single player last on average just 34 minutes. However, games that go to a decisive fifth round last 71 minutes on average. The most evenly matched games can go well over an hour as players trade points and battle for each round. For example, the longest match in the history of professional squash lasted two hours and 50 minutes. This marathon squash match was a semifinal match between Leo Au and Shawn Delierre that went back and forth at the Holtrand Gas City Pro-Am tournament.

In tournaments at almost every level of the game, the final few matches are played by the best players and at the highest level. At this stage, the level of talent is often evenly matched, and, with such high stakes, the motivation and drive of each player is at its peak. As a result, squash games played in each of the last four rounds of professional tournaments lasts longer than the preceding round. For example, the average quarterfinals match on the men’s side takes 48 minutes, the average semifinals game takes 53 minutes, and the average final takes 55 minutes. The same holds true on the women’s side, as the average quarterfinals are roughly the same as an average game at 34 minutes, while semifinals are 37 minutes and finals last up to 40 minutes. These numbers show a clear correlation between the level of play and the duration of an average squash game.

This theory can be applied to all levels of squash, as the more intense the game and the more evenly matched the players, the longer the game is likely to go. For example, the average game between players new to the game lasts for just around 20 minutes. Recreational games often do not have the same level of intensity that helps drive matches to a decisive fifth round and, therefore, it won’t be drawn out to the same length as more serious games.

How long is a college squash match?

Squash is not an officially sanctioned NCAA sport, however, the College Squash Association (CSA) is the official governing body for intercollegiate squash. These games follow the same rules as professionals, as they have adopted the World Squash Federation rules and guidelines. As such, the typical game generally falls between 30 and 45 minutes, depending on factors such as the skill level of the players and how evenly matched they are.

How many rounds are in a game of squash?

In a game of squash, players compete in a best of five rounds format. At the professional level, over 50% of both men’s and women’s games end after just three rounds, all won by the same player, with roughly 30% of games going four rounds and just under 20% of games going to a decisive fifth round.

How long does an average squash game last?

The average game of professional squash lasts 43 minutes for men’s matches and 32 minutes for women’s matches. Games can of course go much longer if all five rounds are required, and some games have even lasted upwards of two hours. There are many factors affecting the length of the average squash game, including skill level and the seriousness of the game, but on average, 30-45 minutes can be expected for a game of squash.

Pages Related to How Long Is A Game of Squash?