How Does Scoring Work In Squash? 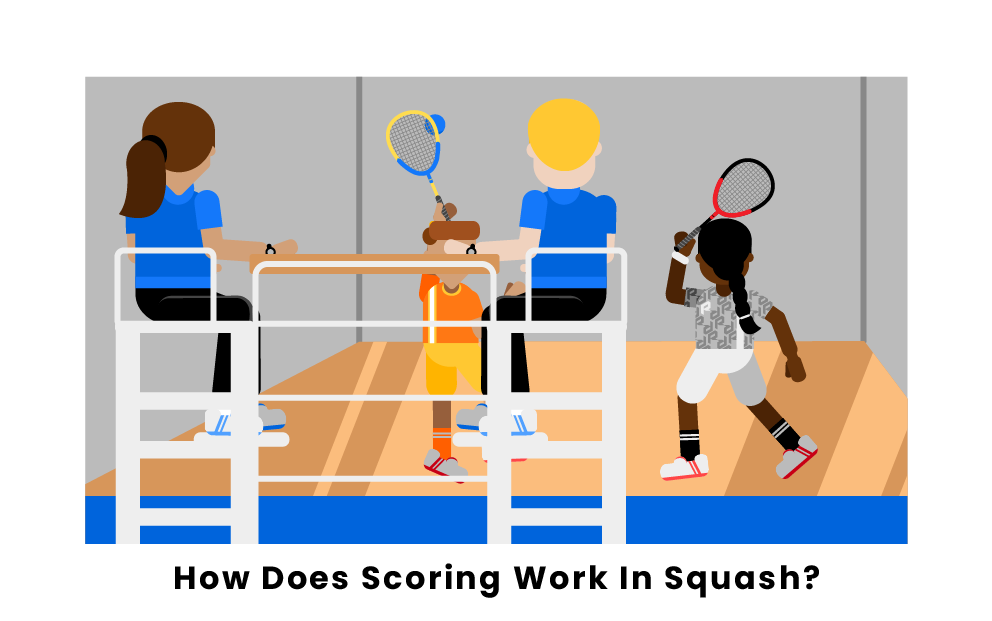 Squash is a fast-paced racquet sport that requires speed and skills. The matches are usually the best of five, so to win, the player must win three of the games. The main concept is to keep hitting the ball against the wall until the player’s opponent cannot hit the ball anymore.

Similar to sports like volleyball and badminton, squash has a few different systems for how players keep track of the score. The type of scoring system used often depends on the type of competition being played.

One way to score is through the Point-a-Rally (PAR) method. This method is preferred universally and is used for tournaments and competitions worldwide. The player who reaches 11 points first wins that game. If the score is tied at 10-10, a player must win by two points. The first player to lead by two points then wins the game. In the PAR method, every time there is a rally, a point is scored.

The second way scoring works in squash, which is not as commonly used today, is the “English” way, also known as the “Hand-In Hand-Out” (HIHO) Method. With this method, a player can only score a point if they are serving. If a player receiving a serve wins the rally, they will become the server instead of winning a point. Then, that player will need to win two rallies to win one point. The first player to receive nine points in this way wins the game. If the score is tied 8-8, the players can choose to play up to nine or 10 points. The player who is not serving will decide this. 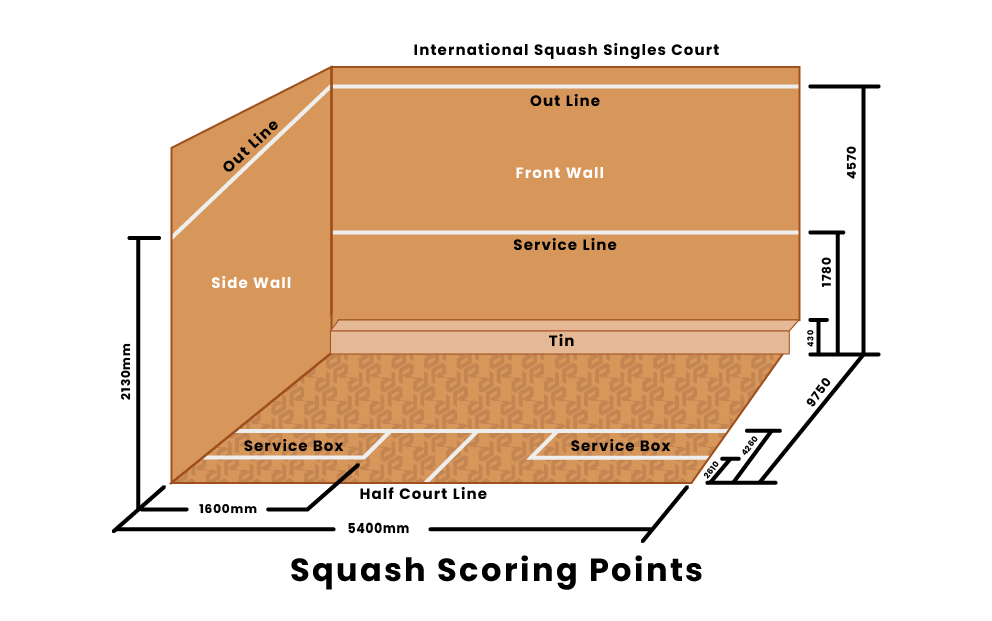 In order to win a rally or score a point, the opposing player must be unable to hit a shot before there’s a double-bounce. A double-bounce is when the ball hits/bounces on the floor for a second time. Another way a point can be earned is if, during the act of striking/carrying, the opponent connects with the ball more than once. A point can also be won if the opposing player hits the ball on the tin. The tin is a strip of wood or metal that is along the bottom of the front wall. Lastly, a point is scored if the opponent hits the ball on the out lines or hits above the out lines.

To score points, players must work on their aim and technique. The best way to win a game of squash is to make the opponent run. Players should also aim to keep the ball low, so their opponent cannot get to it before it double-bounces. A player’s shot must reach the front wall eventually, even if the ball is hit from the back or side walls first. All shots must be in-bounds to count.

If interference has occurred during the game, a “let,” “no let,” or “stroke” can be awarded. A let will result in the rally being played again, as any interference will be deemed an accident. In this scenario, both players made equal efforts to continue the play.

Lastly, a stroke is when the appealing player is awarded a point. This is when the player faces interference from their opponent, who obstructed their view and did not clear out.

In squash, players can either score points or lose points on the serve. If a player commits any service fault, including not hitting the front wall, hitting at or below the service line, or serving out of bounds, the opponent will receive service and gain a point depending on the scoring system being used. There are no second chances on a serve in squash, so the first violation results in loss of serve.

The receiving player can return the serve either off the volley or off a bounce, but they must hit the front wall in the legal zone. All of the normal rules of play apply to returning a serve.

How do you score points in squash?

There are a few ways points can be scored in squash. The first way a point can be scored in squash is if the player’s opponent is unable to hit the ball before it hits the ground for the second time. Second, during striking/carrying, if the opponent connects with the ball more than once the player will gain a point. Another way a point can be won is if the opponent hits the ball above the out lines or on the out lines.

Can you only score on your serve in squash?

Scoring on your serve in squash depends on the type of game being played. In most cases, people play the point-a-rally (PAR) method. This is what is used during most conferences and tournaments. When playing this way, every time there is a rally, a point is scored. This does not depend on who is serving. If the game is played using the “English” method, then the only person who can score is the server. For the opponent to gain a point, they must receive service by winning a rally. Then they will become the server and get the opportunity to score a point.

Are there faults in squash?

Pages Related to How Does Scoring Work In Squash?