What Is A Restricted Free Agent In Sports? 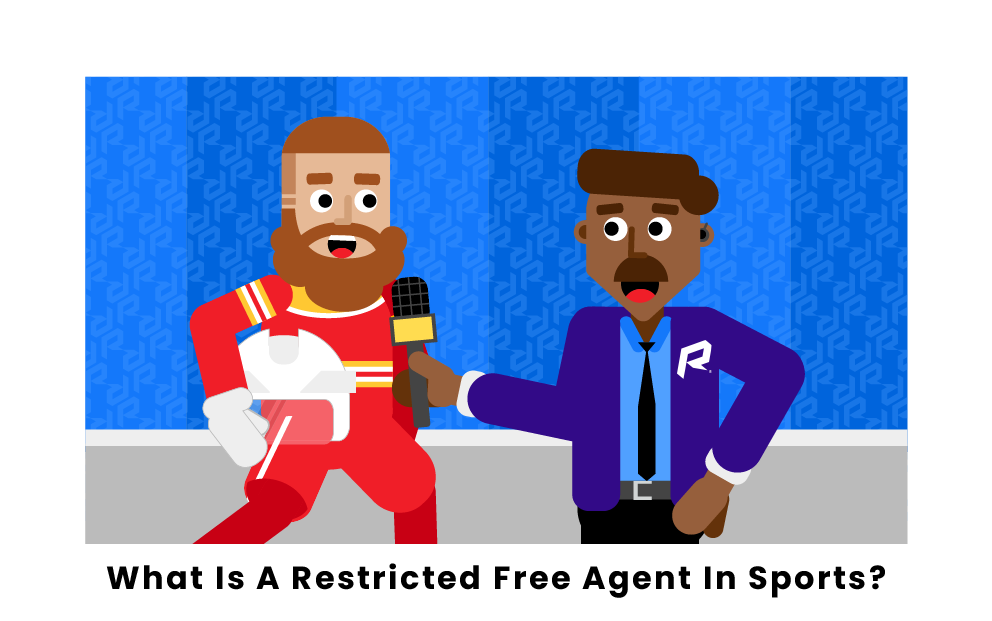 Who Qualifies to Be an RFA?

The rules for who qualifies to be a restricted free agent vary across the NHL, NBA, and NFL. The conditions necessary are listed below:

What Options Does an RFA have?

Restricted free agents have several options. The most obvious and simple option is to re-sign with their current team. Doing so doesn’t require any special procedure as long as the player and team can agree on terms.

Restricted free agents can also be traded to other teams. If this occurs, they then become an RFA for their new team. That team is then challenged with agreeing on terms with their newly acquired RFA. That new team also gets all negotiating rights over the RFA.

RFA’s must be offered qualifying offers from their teams. Should they choose to do so, an RFA can accept the qualifying offer rather than negotiating a new contract. This typically doesn’t happen, as RFA’s can earn more money by negotiating for a fair price.

The final and most complex outcome for an RFA involves an offer sheet.

How Do Offer Sheets Work?

Offer sheets occur when a team that does not have the rights to an RFA makes the player a contract offer. If the player accepts the contract, the team who has rights to the RFA is faced with a decision: match the offer or take compensation for the player.

If a team matches the offer sheet, they effectively sign the RFA to the exact contract that was offered by another club.

If a team rejects to match the offer sheet, the player is instead signed by the team who made the offer. The team who had rights to the RFA receives compensation in the form of draft picks. The draft pick compensation is proportional to the annual salary of the contract.

What happens if an RFA doesn’t get signed?

If a restricted free agent and the team who owns their rights can not come to an agreement, that player will eventually become an unrestricted free agent. The timeline that teams have to resign their RFAs varies from sport to sport, but each has the possibility of the RFA becoming a UFA.

What is the difference between a restricted and unrestricted free agent?

An unrestricted free agent (UFA) can sign with any team that is interested in them. Alternatively, an RFA can sign with any team, but then their team has the chance to match the contract. Should the team with the rights to the RFA match the deal, they effectively sign the RFA to that exact deal. Alternatively, if the team doesn’t match the deal, the other team signing the RFA has to send draft picks to the team with the RFA’s rights as compensation.

What is an example of a player who signed an offer sheet?

In the NHL, Shea Weber famously signed an offer sheet to give him the biggest contract in NHL history. In 2012, Weber was an RFA for the Nashville Predators. Another team, the Philadelphia Flyers, offered Weber a 12-year, $110 million contract. Weber accepted the offer, putting the ball in Nashville's court. The Predators could either match the deal, meaning they would have to pay Weber some big bucks or choose to receive draft pick compensation: Philadelphia’s next four first-round picks. Nashville ultimately decided to match the offer, signing Weber long-term and passing up on Philadelphia’s draft picks.

Pages Related to What Is A Restricted Free Agent In Sports?