Top 5 Ranked Mens Athletes In Sports Of All Time

Who are the top 5 men's athletes of all time in sports?

Tom Brady has undoubtedly acquired the title of the best quarterback of all time during his career. This is an astounding title to be called, also known as the goat. During his still active career Brrady secured this title by winning an unheard six Super Bowls while the quarterback on the Patriots. During his 20 year career in the NFL he has broken records and currently holds the number two spot for most career yards of all time with 74,571 and passing touchdowns with 541. Along with winning six Super Bowls, Tom Brady has also lost three of them, bringing his career total to nine Super Bowls. That is an astronomical statistic but not as crazy as the fact that

with Tom Brady as their quarterback the Patriots have won their division, the AFC east, 17 of the last 19 seasons. Along with all the success that the Patriots have had with Tom Brady at the realm, the Patriots have also been involved in a couple scandals that may leave shadow over Tom Brady illustrious career. During the 2007 season the Patriots were caught videotaping opponents defensive signals in order to capture an illegal edge over the teams that they played. This scandal was called "spygate" and severe penalties were handed down to the Patriots following their successful season. Also, after the 2014 AFC Championship Game the Patriots were accused of using deflated balls in order to get a better grip on the ball when Brady would throw it. In fact, Brady was given a four game suspension for his part in the 'deflategate' scandal. These two scandals bring a bad thought to people's mind when they think of Tom Brady but these scandals should not take away Brady's acknowledgement as the goat. 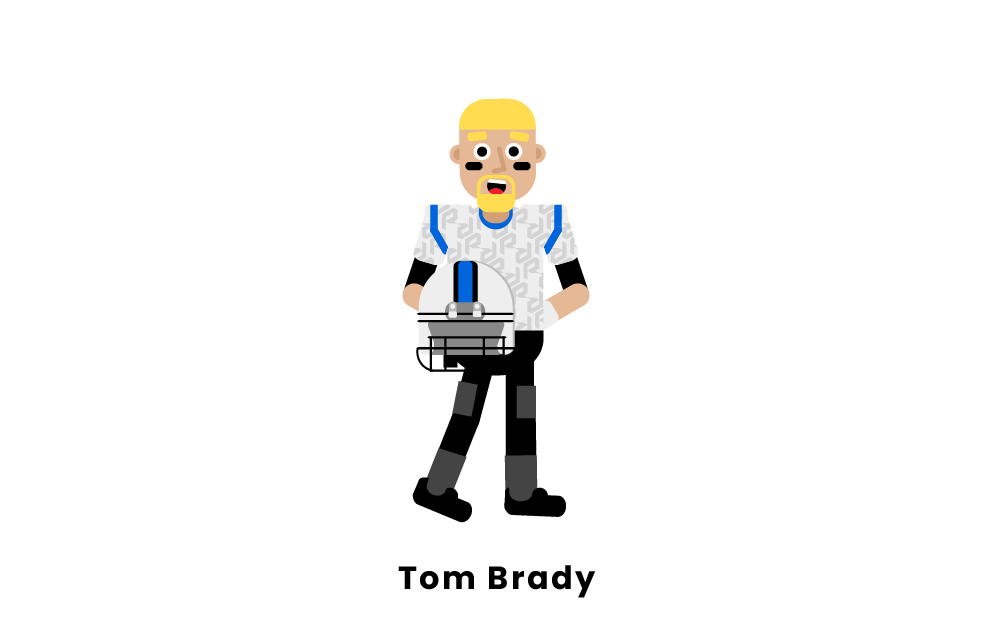 Wayne Gretzky is easily the best player to ever skate in the NHL and may be the most successful professional athlete of all time. He is very decorated when it comes to awards, having won the NHL MVP on eight different occasions while also winning the Stanley Cup four times with the Edmonton Oilers. Gretzky was so much better than anyone else that he played against. He was able to achieve the record of the most goals, assists, and points in a career. He was such an all around great player in the NHL. This can be shown by the fact that if you took away all of his goals during his career, he would still hold the record for the most points in a career solely because of the number of assists that he racked up. In order to rack up the astonishing number of points that Gretzky achieved, he had to score over 100 points during 15 different seasons and even had four seasons over 200 total points. No other player in NHL history has scored over 200 points in a single season. Gretzky was so well known as the best hockey player of all time that the NHL even waived the waiting period between retirement and being elected into the hall of

fame. Every sport has some type of waiting period between retiring and being able to join the

hall of fame but since Gretzky was well renowned to be the best player ever, the NHL dismissed the waiting period and instead elected him into the hall of fame the year after he retired. 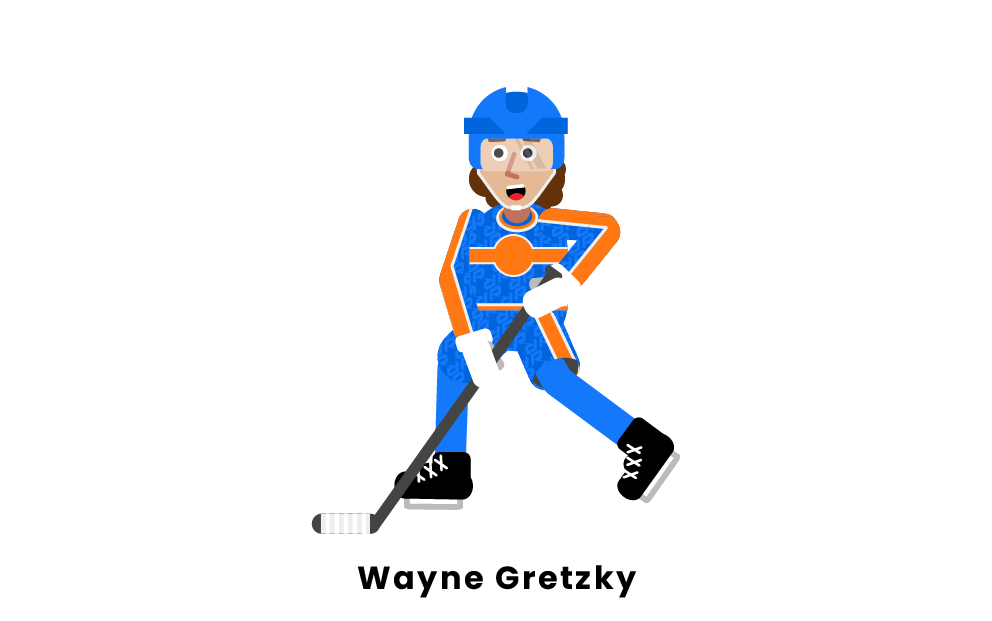 Michael Jordan has long been regarded as the greatest of all time when it comes to the NBA and basketball in general. Ever since playing in the 1980s and 1990s people have been obsessed with his game and the success he had during his career. He was an astonishing scorer in the NBA and one of the most successful players of all time. He was awarded as one of the best players ever as shown by how decorated he became with all the awards that he won. Jordan was able to conquer six NBA championships as a part of the Chicago Bulls accomplishing an amazing two three-peats to lock up the six championships. A three peat in a rare achievement to accomplish as there have only been five in NBA history with only one coming since the Bulls second. Jordan was the leader of his Bulls teams having won the finals MVP in all six series that they won. Jordan was also awarded the rookie of the year award in his eye popping 1985 rookie season.

Not only was he an offensive prowess but all an all around great player as shown by also winning the 1988 defensive player of the year as well as being selected to a whopping nine NBA defensive first teams. He was a grown man playing with children on the court as Jordan was also selected to ten all NBA first teams during his career. These awards are not the only reason Jordan deserved to be on this list but also the legacy that he left behind. His number 23 will always be known as the Jordan number and has even been retired by the Miami Heat, a team that Jordan never even played for. This shows just how much of an impact Jordan had on the game and why he deserved to be on this list of some of the best professional athletes ever. 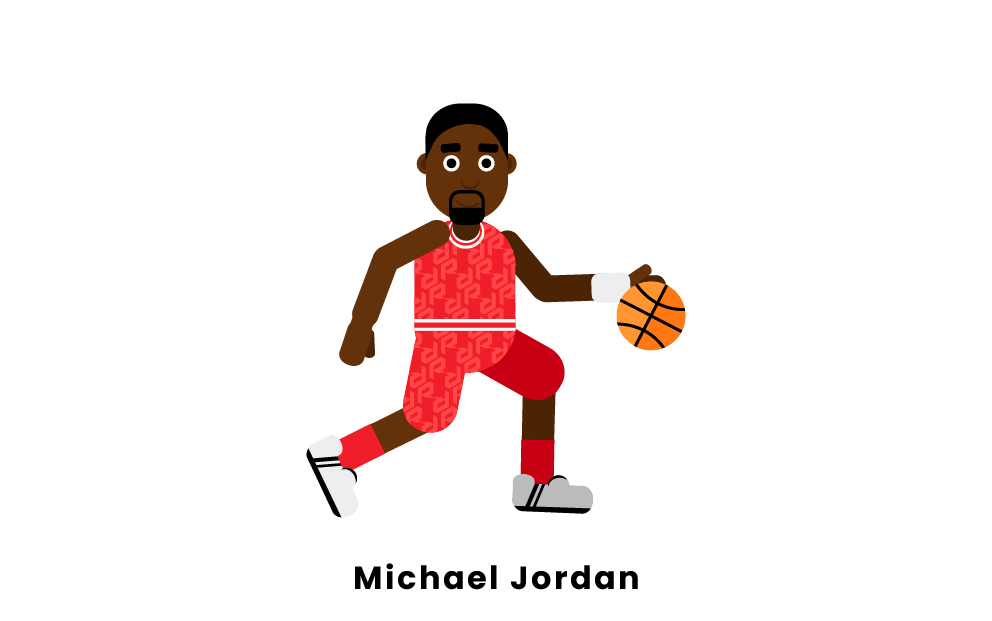 Lebron James has definitely earned and secured a spot on this list of the greatest professional athletes of all time and actually is considered by many to be the greatest NBA player of all time. James is ranked near the top of almost every list of career accolades. He currently ranks number

time minutes played list, and fourth on the all time field goals made list. This shows the

playmaking and team player prowess that James plays the game with. During his 17 year career Lebron James has shown his greatness, with his teams making nine straight NBA finals winning three so far in his career. During the 2015-2016 NBA season, Lebron James led the Cleveland Cavaliers back from down 3-1 in the NBA finals to the Golden State Warriors to win the first championship for a Cleveland area sports team in over 50 years. This Warriors team finished with the best regular season record in NBA history and was looked at as a heavy favorite for the championship series. To go along with his NBA titles and statistical records, Lebron has also won three NBA championships so far in his career with still enough time left to add more to his resume. James' resume does not stop with the championships and records though, as he also captured the NBA rookie of the year after the 2004 season and has been selected to 12 all NBA first teams and five all NBA defensive first teams, giving Jordan a run for his money as the greatest basketball player of all time. 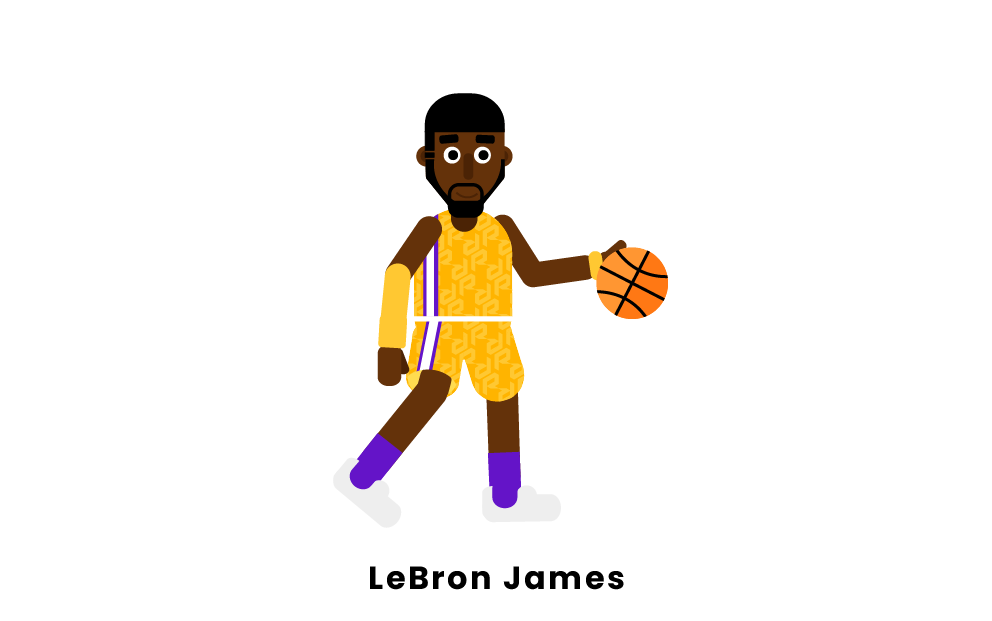 Ted Williams has long been recognized as the best all around hitter that has ever been a part of the MLB throughout its history. He did this through non stop practice with the goal of doing the best that he could. His worth ethic throughout his career catapulted him to leading the American League in slugging percentage 12 times during his career as well as accumulating the second best slugging percentage during a career ever in MLB history. To back up his amazing hitting stats, Williams also has many awards to decorate his baseball career. During his career Williams racked up six batting titles, four home run crowns, and two MVPs.To go along with all the awards that he won, Ted Williams also showed his hitting prowess achieving the coveted hitting triple crown twice during his career. Some of the seasons of his career rank among some of the best statistical seasons ever due to the dominance that he had. Some people believe that if he didnt sacrifice some of his career for the military that he could have surpassed 700 home runs as well as the most RBIs ever. Williams is the last hitter to ever hit .400 during a season, securing the crown on the last day of the 1941 season by electing to play in a doubleheader. Ted Williams also ranks seventh on the all time batting average list but also failed to reach 3,000 hits. This coveted milestone has been the threshold for baseball players to determine their excellence, however, Willaims true greatness cannot be accurately determined due to his selflessness in joining the army to protect the citizens of the country. 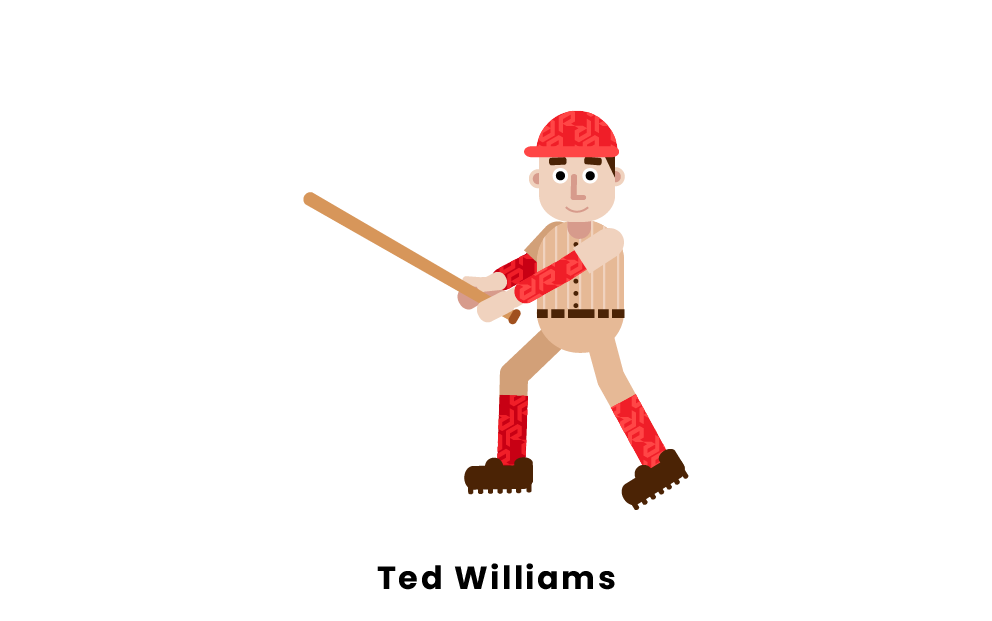