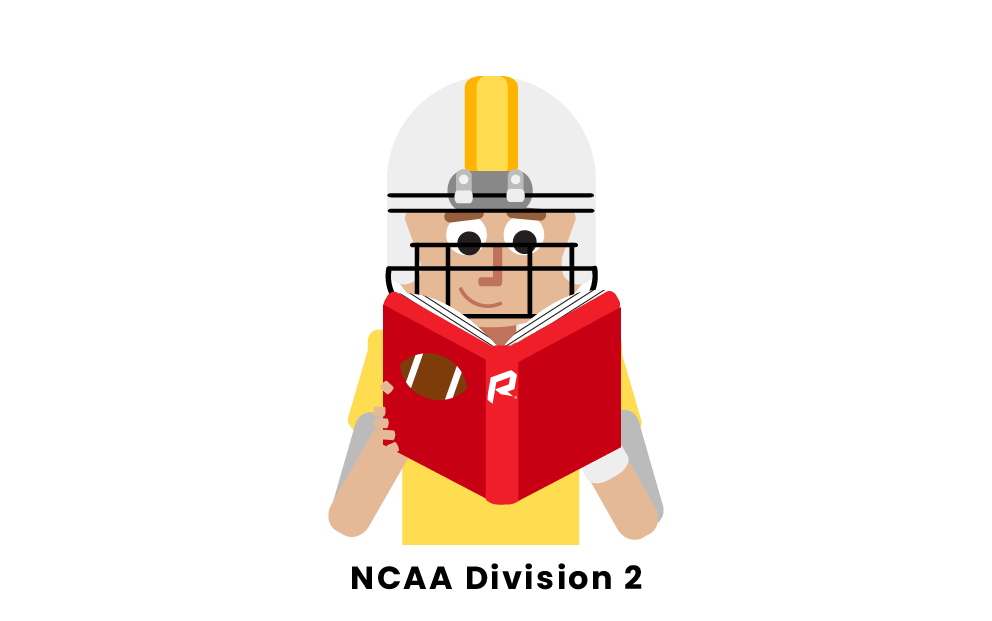 How many NCAA Division 2 schools are there?

There are currently 310 full members and 4 provisional members in NCAA Division 2 and over 110,00 student athletes. The majority of schools in this conference are smaller public and private institutions. Most schools have less than 3,000 total students enrolled. There are only two schools within the conference that have more than 25,000 students: UC San Diego (moving to Division 1) & Simon Fraser University in B.C., Canada (first international member). As of 2018 schools from Mexico were eligible to apply for membership in NCAA Division 2. There are 2 member schools within Alaska, and another 4 within Hawaii. Division 2 offers 7 team sports and and seven individual sports for both men and women at member institutions to compete in and serves as middle ground between Division 1 and Division 3 athletics.

Does NCAA Division 2 give scholarships?

Division 2 schools follow the "partial scholarship model" in which schools recognize a student's athletic ability through scholarship dollars without covering all of the student's college expenses. Division 1 offers fully funded scholarships for a lot of student athletes and Division 3 offers no scholarship money whatsoever. This three division structure was adopted in 1973 and gave more variation on how the NCAA classified institutions as opposed to the separation between "university" and "college" in the past. Division 2 since 2005 has launched a campaign focused on excelling in academics, athletics, and being a citizen in their community. This method can be more effective for institutions in financing their athletic programs and has proven to generate revenue as compared to the models of Division 1 and Division 3.

It is very uncommon for schools to offer a full ride scholarship in Division 2, but it is still possible. Schools are only allowed to allocate a certain amount of money across the team in however way they believe is best. There is not enough financial resources available for every athlete on a team to receive a full ride scholarship, so it is the college decision in how they allocate their resources. Instead student athletes can receive academic scholarships, student loans, and employment earnings like normal students to help cover expenses not covered through athletics. Schools are only allowed a certain amount of scholarships per team, for example for a Division 2 football program the maximum number of scholarships allowed is 36, but the team roster is closer to 80 players giving the school the only option to offer partial scholarship all the athletes in most cases. This gives schools the ability that if necessary or in special circumstances they may offer a full scholarship to a student athlete.

What is Division 2 college football?

Division 2 college football is played by the schools within Division 2 that offer football as a varsity sport. In the 2019 season there 167 teams that competed within NCAA Division 2 college football, there will be another three teams joining the conference in the 2020 season (Barton College, Erskine College, & Anderson University). Each year the Division 2 Football Championship is held and features 28 teams from the conference in a single game elimination tournament. In the previous two seasons the championship game has been hosted at McKinney ISD Stadium in Texas and has been broadcasted on ESPN since 1994. Northwest Missouri State has the most championship wins in history with 6, and the most recent champion in 2019 was the University of West Florida capturing their first title.