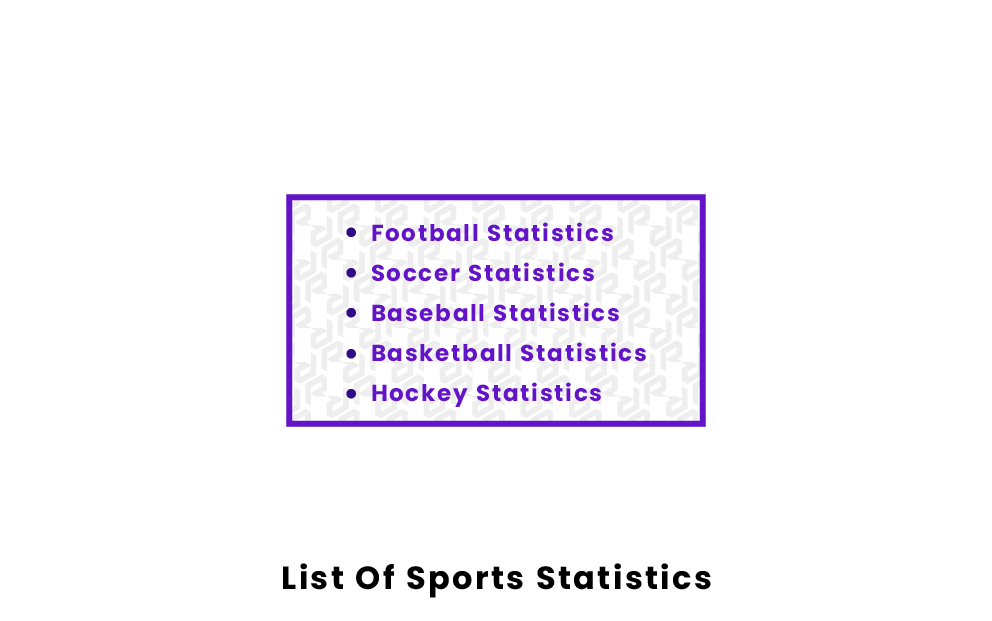 Sports statistics are becoming more and more important as the age of sport analytics grows. Coaches and managers are beginning to put more trust into the numbers and statistical analyses of sports data which is why understanding sports statistics will be crucial to understanding the games today as we know them. Listed below are just a few useful explanations of important metrics that are commonly used in some of the major sports.

Top 6 Best Womens Athletes In Sports Of All TimeAlphabetical List of Sports A-ZList of Team Sports
How Does Scoring Work In Sports?List of Kids SportsThe Top 10 Rules Of Sports
PreviousNext