What schools are in the Big East Conference?

The Big East Conference includes ten schools from the northeastern and midwestern parts of the United States. The conference resides in New York City, NY. Members include:

The University of Connecticut has recently been voted into the Big East Conference and hope to begin competing in the league by July, 1st 2020.

Is the Big East still a conference?

The original Big East Conference was founded in 1979 by Dave Gavitt (former Providence Men's Basketball Coach & Athletic Director). There were a total of seven teams during its founding, which grew to a total of 16 teams by 2012. In 2013, the seven schools without football programs (Depaul, Georgetown, Marquette, Providence, St. Johns, Seton Hall & Villanova) decided to form an independent association. The remaining schools with football programs went on to form the American Athletic Conference. The seven schools reached an agreement to where they could retain the original "Big East" name and the rights to host the annual Big East Tournament in Madison Square Garden once again. It was at this time when three new schools would enter association (Butler, Creighton, & Xavier) to form the current ten-member structure.

The Big East Conference competes at the NCAA Division 1, which is the highest level in collegiate sports, and the conference has a strong reputation for basketball dominance. Georgetown, Marquette, and Villanova have all managed to capture the National Championship in men's basketball, and in 1985 placed three teams (Georgetown, St. Johns, Villanova) in the Final Four the only time this has happened in history. 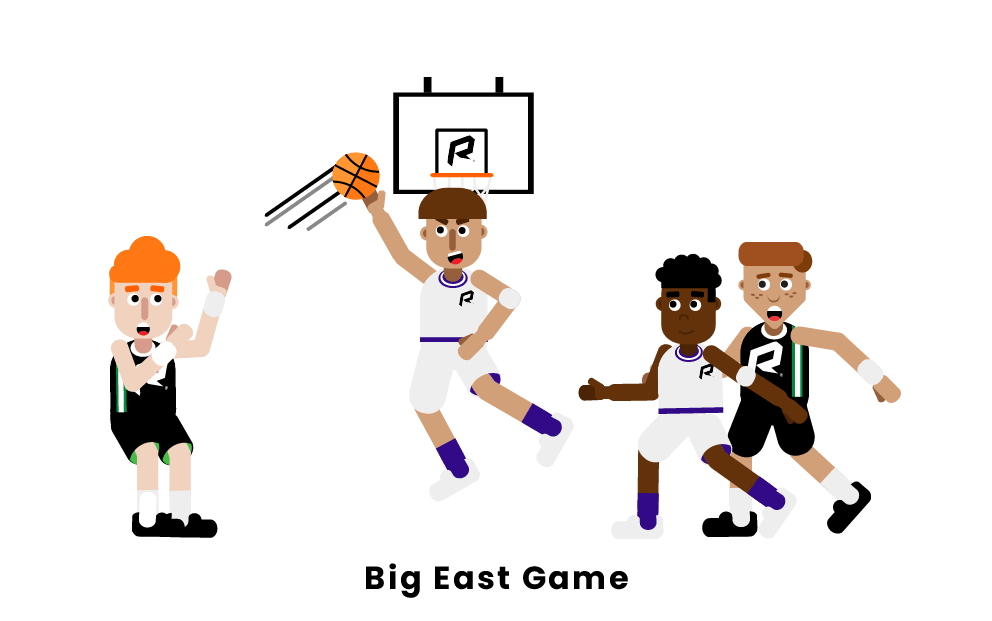 Are all the schools in the Big East Catholic?

Seven schools were original members of the old Big East Conference, which are known as the "Catholic Seven." These schools are the same seven who decided to split from the previous conference to focus on basketball with no football programs. Among the three new teams to join the conference in 2013, Butler is the only current non-Catholic member of the Big East. The University does not affiliate with any religion. All members of the conference are private institutions, and when UConn joins later this year, it will be the first public institution in the conference. The school was also an original member of the conference and has upheld excellence in basketball by winning the NCAA Men's Basketball National Championship on three separate occasions.

Who is in the Big East baseball conference?

There are currently seven schools within the Big East Conference with baseball teams (Butler, Crieghton, Georgetown, Seton Hall, St. Johns, Villanova, & Xavier). Providence, Marquette, and Depaul do not offer baseball as a varsity sport and do not participate in the Big East baseball conference. In 2019 the Creighton Blue Jays were the winner of the Big East Baseball Tournament held at Prasco Park in Mason, Ohio. This win was Crieghton's first time winning the Big East Tournament since it entered the conference in 2013 following the split from the old Big East. The tournament featured the four best teams, out of the seven and used a double-elimination game format.