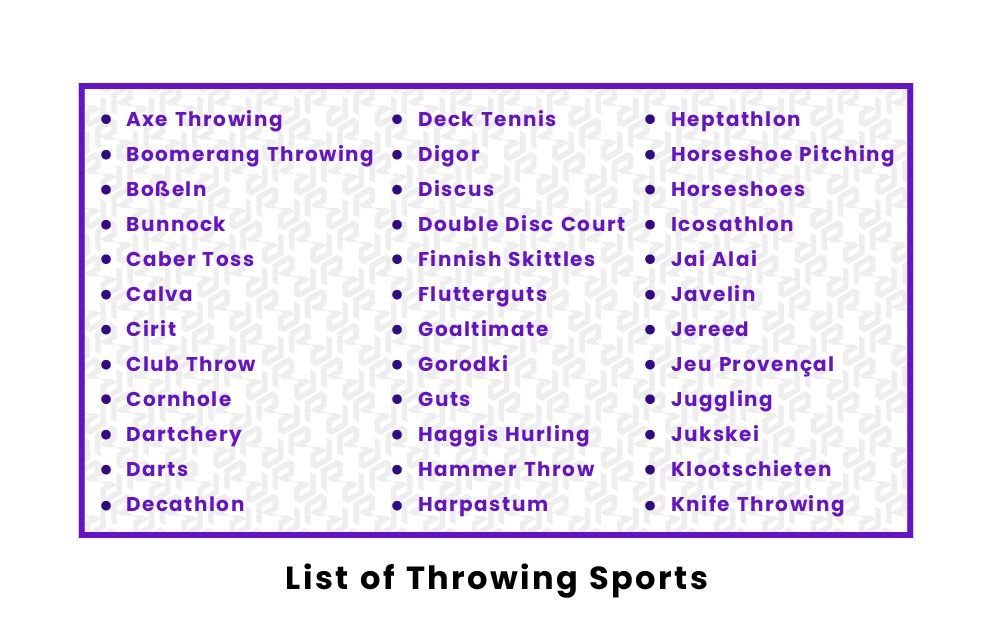 Throwing sports encompass any sport in which participants launch an object into the air or forwards by utilizing hand and arm strength. There are a few different types of throwing sports, which are typically centered around throwing for distance, like shot put, or feature participants throwing at a target, like darts. Throwing sports also range from individual sports like javelin to team sports like baseball.

At the professional level, throwing sport athletes can launch objects at tremendous velocities that the average person might find unfathomable. However, because of the high velocity created by their arm movement, many athletes experience injuries to their shoulders or arms during their playing careers. A prominent example of a sport in which these shoulder injuries occur is baseball, where pitchers often experience an array of arm ailments at the professional and college levels.

What are throwing sports?

How many throwing events are at the Olympics?

There are currently four throwing sports included in the Summer Olympic Games. The four sports are javelin, discus, hammer throw, and shot put, which are all track and field (athletics) events. Weight throw was previously an Olympic sport but was removed after the 1920 games in Antwerp, Belgium. Baseball and softball were featured in past Olympics, most recently in the 2020 Tokyo Games, but will not be a part of the 2024 Paris Games. In the Paralympics, track and field (athletics) events are also held, such as discus, shot put, and javelin.

An overhand throw is when an athlete swings their arm in a forward-moving motion over their head. Some sports that use an overhand throwing motion are: baseball, javelin, shot put, axe throwing, and hammer throw. Ultimate frisbee also contains some overhand throws, depending on athletes’ preferences, but some participants choose to throw underhand or sidearm. The most popular of all these throwing sports that feature overhand throwing mechanics is likely baseball. However, some pitchers in baseball also favor throwing sidearm or “submarine style” based on what is most comfortable for them.

What are the most popular throwing sports?