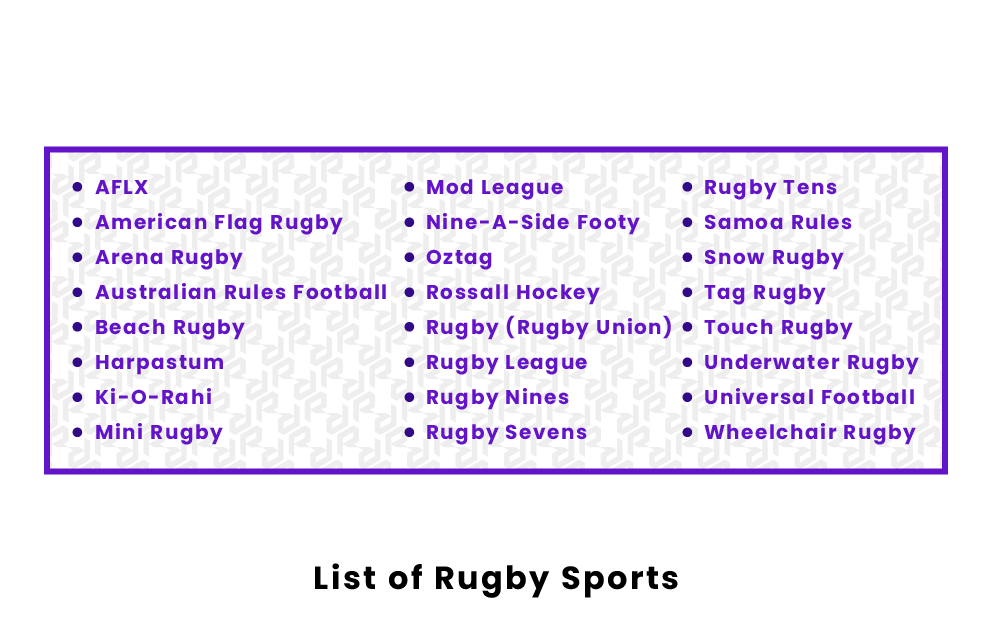 Rugby sports are one of the national pastimes of the United Kingdom and a beloved group of sports popular in many regions across the world. Rugby sports pit two opposing teams against each other in a physical match of strength, skill, and endurance. The number of players on each team can vary depending on the sport. Two of the most popular iterations, rugby sevens and rugby union, feature seven and fifteen players on the field for each team, respectively. These sports are not for the light-hearted, and players tend not to use any protective equipment while on the pitch.

This categorization of sports has origins tracing back to Warwickshire, England, 1823. The first form of rugby had its rules and basics created by a collection of boarding schools in England, and it took until 1871 for the first official Rugby Union to form. The first Rugby World Cup took place in 1987, and while the event was removed for a while, the sport was officially added back to the Olympics in the 2016 Summer Games in the form of rugby sevens. Famous rugby players include Jonny Wilkinson of England and Jonah Lomu of New Zealand. The current left tackle for the Philadelphia Eagles of the NFL, Jordan Mailata, started his career as a rugby player in Australia.

What are rugby sports?

Rugby sports are violent and physical sports that often draw comparisons to American football, minus the use of pads for protection and sets of downs. While the rules and number of players on the field vary, the most common form, 15 on 15, pits two teams against each other as they attempt to advance a ball forward to the other team's try line and place the ball on the ground to score. Teams may only pass laterally or behind them, and typically the only equipment required is cleats, a pitch or field, and a ball.

What are the most popular rugby sports?

The most commonly played type of rugby sport in the United Kingdom is rugby union. Roughly 195,300 people play rugby union at least twice a month as of 2020, a much more significant amount than that of rugby league with only 58,8000 participants playing the sport at least twice per month. This branch of rugby maintains its popularity among the youth, with 5.5% of children 5-10 and 14.6% of children age 11-15 participating in the sport monthly.

What equipment do you need to play rugby sports?

When it comes to equipment for rugby, the amount needed is relatively scarce compared to other sports. Outside of a shirt, shorts, and socks, players over ten years old must also wear a mouthguard while playing. You will need a pair of cleats or, as they are referred to in the United Kingdom, a set of "boots." Rugby utilizes a ball that is a hybrid between a soccer ball and football; for ages 15 and up, a size five ball is used competitively.

What rugby sports are best for kids?

While rugby may be an inherently dangerous sport and parents may be wary of letting their kids participate, specific disciplines are safer for kids. Tag rugby and American flag rugby both offer non-contact alternatives to kids trying to play it safe. In these sports a tag fastened to a belt must be pulled off rather than tackling the ball carrier, which decreases the rate of injury and increases the focus on player skill rather than brute strength in the game.