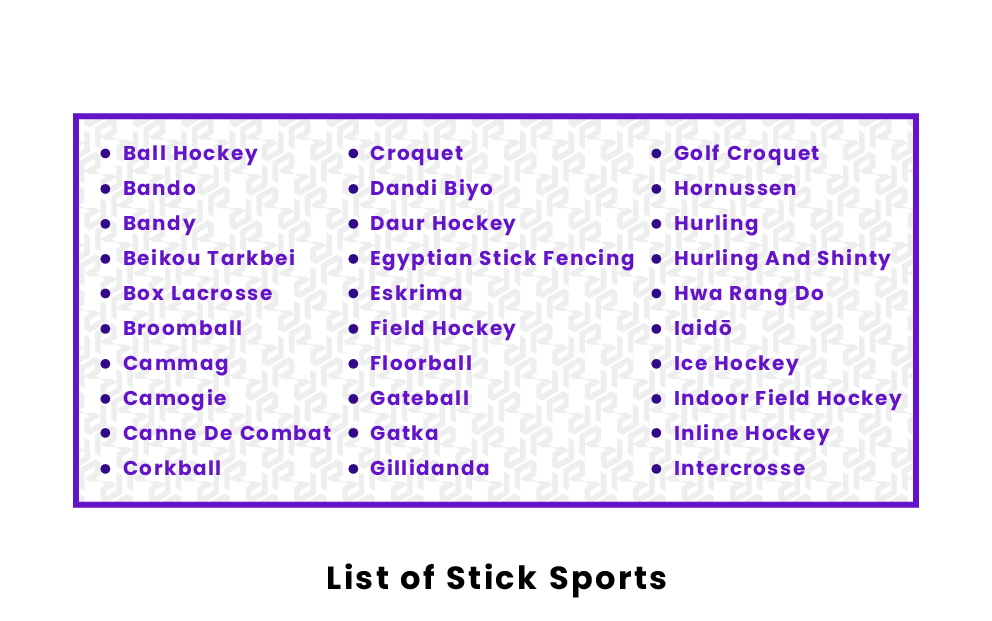 Of the various stick-based sports, the most popular are hockey and lacrosse.  Hockey is a sport with many different varieties and can be played on multiple different surfaces, such as grass, a court, or ice. Lacrosse is similar to hockey, but lacrosse sticks have nets at the end to carry the ball rather than striking it. Many stick sports, especially ice hockey, have led to the rise of famous athletes such as Gordy Howe, Wayne Gretzky, and Bobby Orr.

What are stick sports?

Stick sports are sports where play involves the use of a stick as part of the game. There are various types of stick sports, and many can be played either individually or in teams. Many stick sports are variations of hockey, where teams use curved sticks to strike a ball or puck, attempting to hit it into their opponents’ goal. Other stick sports are combat-based and use sticks as offensive or defensive weapons.

What are the different functions of sticks used in stick sports?

There are many different functions for the various sticks used in stick sports. The most common function of sticks is as a striking implement. Competitive sports like hockey and broomball use their sticks to strike the game ball or puck, while combat sports like wushu and kendo use sticks to strike opponents’ bodies. Other stick sports have different functions for their sticks, such as lacrosse, which uses sticks that can carry the game ball rather than hitting it.

Which stick sports the best for self-defense?

Many stick sports are combat-based and can be used for self-defense in the event of a fight. Both wushu and kendo utilize sticks as offensive or defensive weapons. Wushu, or kungfu, is a Chinese martial art that emphasizes grappling, throwing, and quickness and incorporates various weapons, including long staffs. Kendo is a Japanese martial art that translates to “the way of the sword” and uses bamboo swords.

What are the most popular stick sports?

The most popular stick sports are hockey and lacrosse. Hockey has many different variations, but the most popular are ice and field hockey. Ice hockey is a major sport around the world, but especially in North America, where hockey teams play as part of the National Hockey League (NHL). Field hockey is another popular hockey variant and is played on grass or gravel, often at the college level. Finally, lacrosse is another popular stick sport and is also often played by high schoolers or college students. Field hockey and lacrosse are both popular around the world.