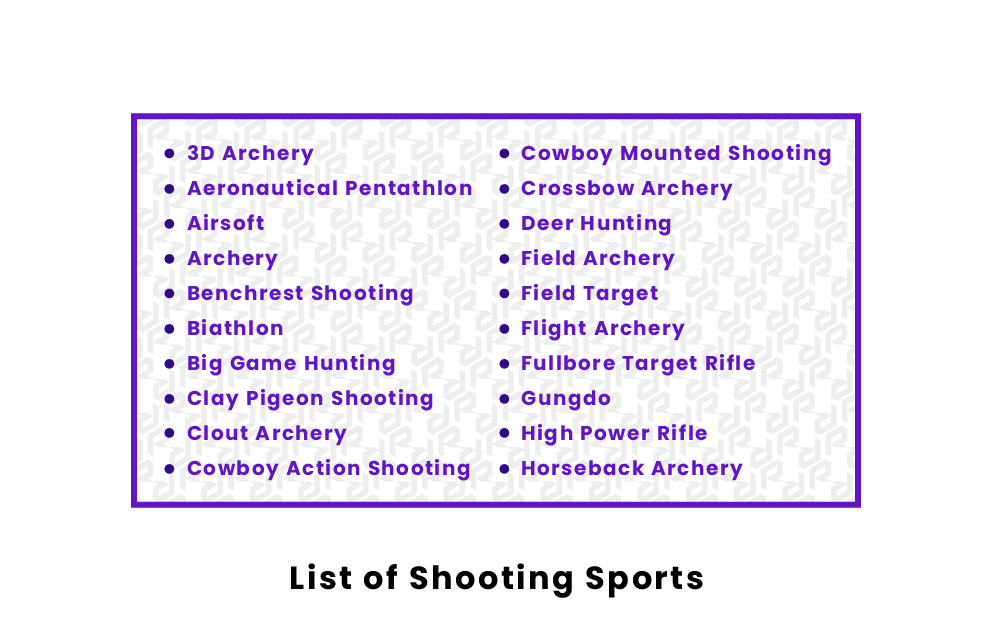 Shooting sports are sports that involve firing projectile weapons such as shotguns, rifles, and bows. Most shooting sports are highly intense activities that judge a shooter’s accuracy, speed, and control as a means of competition. Shooting sports have a long history, mostly stemming from the practices of hunting and warfare, where the need for accuracy and speed to catch food or defeat an enemy developed into a competition.

There is a tremendous variety of shooting sports, most of which fall into distinct categories based upon the type of weapon being used. However, some shooting sports involve the use of multiple types of weaponry to accomplish different tasks. Shooting sports are popular in the Olympic Games, and various forms, from archery to biathlons, are often part of the Summer or Winter Games. Some famous shooting sports athletes include Carl Osburn, Kim Rhode, and Willis A. Lee.

What are shooting sports?

Shooting sports are athletic competitions based around the firing of projectile weapons such as guns or bows. Various types of weapons are used in shooting sports, and they are primarily based on competitions of accuracy and speed. For example, in archery, success is measured by how closely one can fire arrows near the center of a target. Other shooting sports, such as clay pigeon shooting, require competitors to strike flying targets with their shotguns or rifles.

What shooting sports are in the Olympics?

There are a total of 15 events at the Olympic Games that fall under the category of shooting sports. These events are divided into three categories of weaponry: rifle, pistol, and shotgun. Rifle events include the 50-meter rifle and the 10-meter air rifle. Pistol events include the 25-meter rapid fire pistol and the 10-meter air pistol. Shotgun events include trapshooting and skeet shooting. These events are divided into men’s, women’s, and team categories. Various archery events also occur at the Olympic Games.

What are the most popular shooting sports?

There are many popular shooting sports across the various categories. One of the more popular rifle sports is benchrest shooting, in which the competitor shoots targets with their weapon resting on a bench. Some popular shotgun sports include clay pigeon shooting, where clay targets are fired into the air for an athlete to shoot at, and trapshooting, where targets are released from traps to be fired at. Archery is a very popular shooting sport that does not involve the use of guns but rather a bow and arrow, which is fired at a circular, stationary target.

While sports involving weaponry can be frightening and do involve a certain amount of danger, they are very safe when practiced carefully and correctly. At events like the Olympic Games, shooting sports are strictly controlled so that competitors and spectators remain completely safe from any projectiles. Some shooting sports require athletes to wear protective equipment, including goggles and earmuffs, to safeguard their eyes and ears from the weapons they use. These sports have detailed rules that are designed to prevent any injury to competitors or spectators.