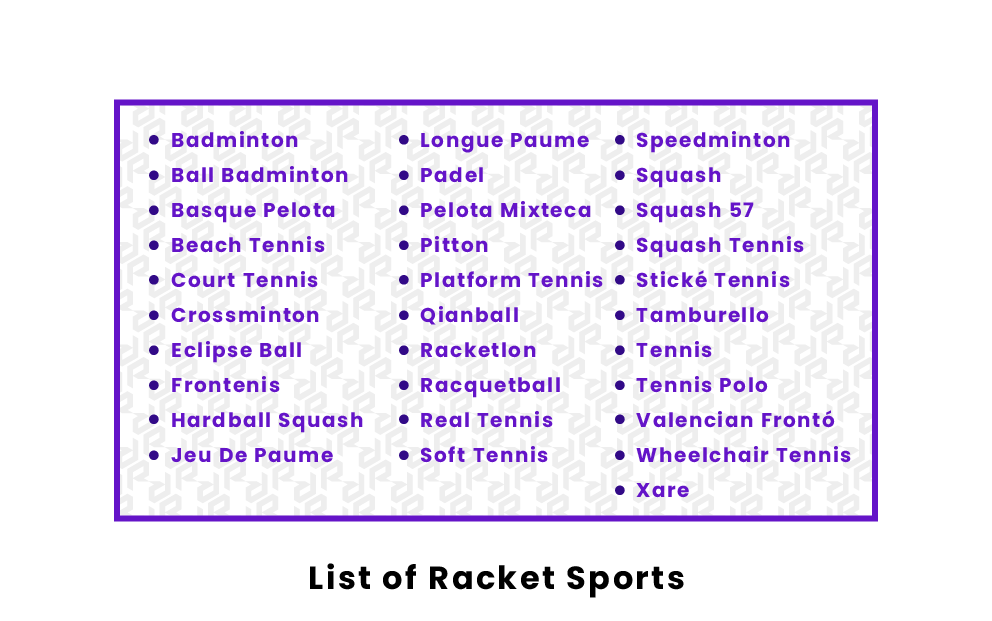 Created to entertain the noblemen of the French courts during the fourteenth century, racket sports have come to unite the passion of millions around the world. Eighteen-year-old Emma Raducanu’s underdog journey to her US Open victory is only the latest example of how a racket can turn a lifetime dream into a reality.

Racket sports might not involve physical contact, but they are in no way short of competitiveness and intensity. These sports can be played on almost any surface, from the green grass of the Centre Court at Wimbledon to the sand of any beach around the world. They require a mix of coordination, speed, and power and can even be played in teams. Sports like padel have recently acquired fast-growing popularity, especially in Europe, because they are played in doubles. Sports like tennis, badminton, and squash are among the world’s most popular racket sports.

Whether you dream of making it to the Olympics or just want to stay in shape, racket sports are a great way to have fun with friends.

What are racket sports?

What was the first racket sport?

“Jeu de Paume,” which translates to “game of palm” in English, is considered the first-ever example of racket sport. This sport was created as a leisure activity to entertain the noble class in France during the reign of Charles VI. This game is extremely similar to modern tennis. The ball is the same type used in tennis, and even the rackets resemble the wooden ones used in the fifties that had a longer handle and a smaller head. However, unlike tennis, “Jeu de Paume” is exclusively played indoors and allows the use of the walls.

What are the most popular racket sports?

Accounting for a $5.6 billion industry, tennis is widely acknowledged as the most popular racket sport. It can be played at any age, and it is common to see tennis courts in almost any park around the world. Badminton and table tennis close up the podium, with hundreds of millions of players, especially in Asia. Beach tennis and squash are extremely popular, while padel has been on the rise in the last five years, becoming a top three sport in countries like Spain, Argentina, and Italy.

What racket sports are in the Olympics?

Table tennis, badminton, and tennis are among the disciplines of racket sports present in every Summer Olympic Games, as well as the Paralympics. Other sports such as squash, beach tennis, and padel have been among the list of disciplines that could be included in future Olympic games, even at Paris 2024. However, these sports are still below the seventy-five federations marker, which is the requirement to be part of the Olympic program.