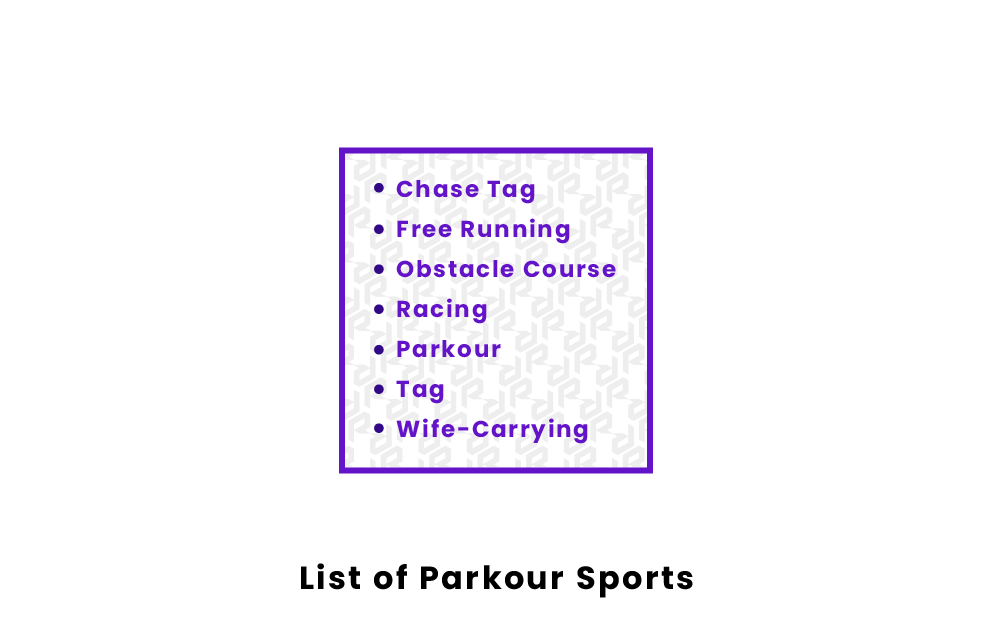 Parkour sports are generally defined as sports that require participants to maneuver around an environment, either natural or man-made, in the most efficient way possible without the use of equipment. Running, jumping, climbing, and flipping are all encouraged and very common within parkour sports.

The history of these sports is a little unclear, but the founding of parkour as a discipline is often attributed to David Belle. He learned from his father, Raymond Belle, who was instructed in a very early iteration of parkour (developed by Georges Hébert) while serving in the French military. Despite him being introduced to parkour by his father, it was David Belle and his friends who really established the sport in the 1980s and popularized it around the world. Since then, parkour has branched into other sports, spawning new ways of movement that are featured in film and television, as well as showcased in competitions like Redbull Art of Motion.

What are parkour sports?

Chase tag, free running, obstacle course racing, parkour, tag, and wife-carrying are all considered parkour sports. They are characterized by people creating paths out of and around obstacles in their environment without the help of any equipment. Using their bodies and nearby surfaces, they move across an area in ways that illustrate their strength and skill. Variations on these basics, like throwing in an obstacle course or making an athlete carry someone while competing, are what differentiate some of the other parkour sports.

What are the most popular parkour sports?

Chase tag, free running, and parkour are three of the most popular parkour sports. Chase tag combines parkour with tag and has grown so big that there is an international competition dedicated to the sport. World Chase Tag was started in 2011 but has already attracted competitors worldwide and is aired on major television networks such as ESPN and BBC. Forms of free running and parkour may also be seen in viral youtube videos, at your local downtown area, or even on television shows like American Ninja Warrior.

There is no doubt about the danger of parkour sports. Athletes may do reckless things in the name of their sport, like suspending themselves from crazy heights with little to no safety gear. Even without the extreme examples, parkour sports can be hard on the body. There is often a lot of climbing, running, and jumping on hard surfaces. The lack of padding, both on the ground and on the athlete, means that the joints take on a lot of force.

Where are the best types of places to play parkour sports?