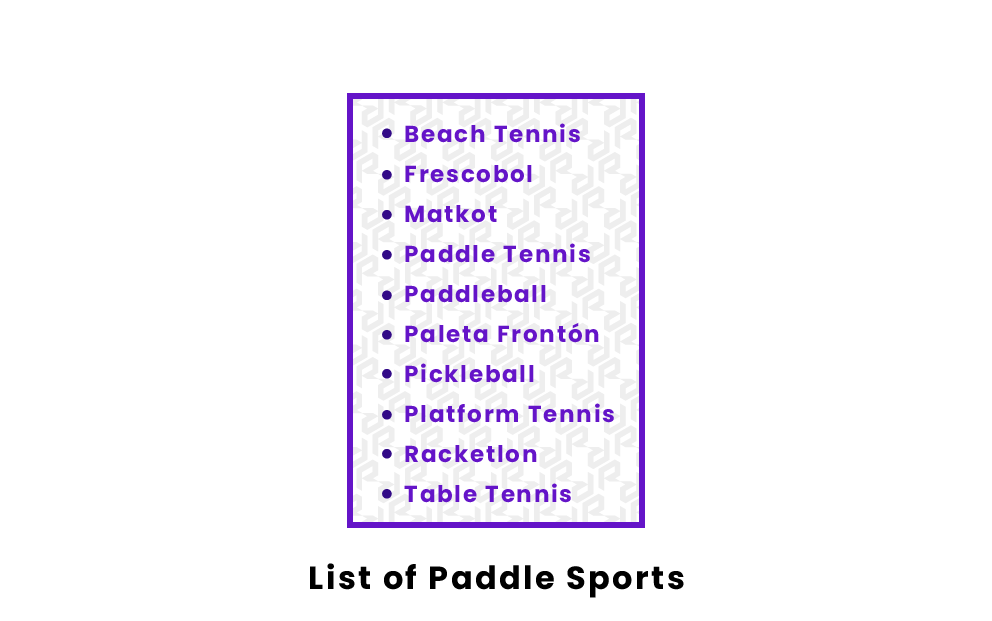 Paddle sports are sports that make use of a paddle, which is usually similar in shape to a tennis racket, to strike a ball back and forth. There are many different types of paddle sports, but most have similar objectives. Most paddle sports are played like tennis, with two or more players standing on opposite sides of a net and attempting to hit a ball over the net and into their opponent’s court.

Many paddle sports differ from standard tennis in regard to the types of balls and paddles that they use. For example, in pickleball, players utilize a wide, solid paddle and hit a ball that is similar to a wiffle ball. In platform tennis, players use paddles with slightly longer handles that have holes in the head and hit a small rubber ball. Other differences between paddle sports and tennis include the way the ball is served, such as underhand or overhand, and the system of scoring points.

What are paddle sports?

What types of balls are used in paddle sports?

What are the best paddle sports for kids?

Many paddle sports are fun to play for young children. Some that are particularly good for kids include table tennis, pickleball, and beach tennis. Table tennis is played on a smaller surface than normal tennis but is good for developing a child’s hand-eye coordination and speed. Pickleball, which is played on a court among four players, is a great sport for improving collaboration and teamwork. Finally, beach tennis is a fun outdoor sport for the summer months and can be played by many people, like badminton, as it shares aspects of play with volleyball.

What are the most popular paddle sports?